A House Without Snakes

Two young Bushmen struggle to build their futures after relocation from their ancestral homeland in Botswana. An intimate coming-of-age story that frames personal tensions with deeper questions of what it is like to live at the intersection of tradition and modernity.
READ REVIEW
Next Previous

A House Without Snakes 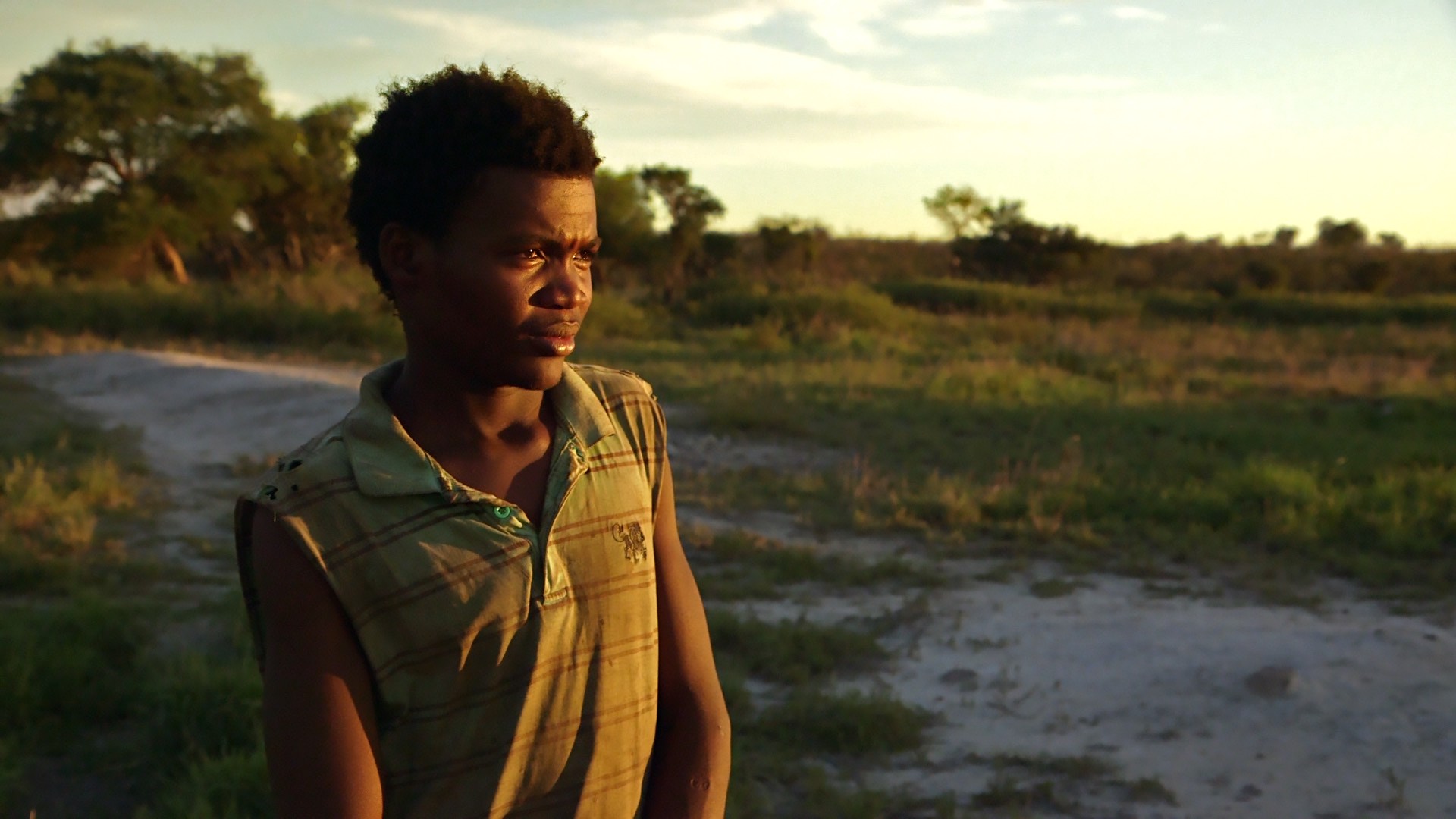 Through our Channels, you can see short films from over 50 countries. We’re proud of that fact, but sadly our collection is very short on films from the African continent. Thus it is with great pleasure to not feature simply one great African story today, but two. Daniel Koehler’s A House Without Snakes, a 27min longshort documentary, runs on similar, but divergent tracks, intertwining the stories of two young men as they ascend into their manhood and navigate the hopes and fears that change engenders in their native Botswana. It is at once a beautifully specific film, rich in detail, but, through its director’s patient approach, reveals a universal dimension — a quest for growth and betterment through self-determination.

Ketelelo and Kitsiso are both Bushmen, though they live vastly different lives. The shared backdrop is the slow passing of the traditional Bushmen way of life. Though not explored in-depth, the film takes place under the backdrop of government intervention that has uprooted many Bushmen from their traditional nomadic hunting grounds into towns and villages. Ketelelo lives in New Xade, one of these towns, while Kitsiso’s family are holdouts, seeking to preserve their culture’s time-honored way of life. Both must navigate their futures amidst the rapid onset of modernization. As Ketelelo succinctly puts it early in the film, “If you lose your land, then who are you? It is upon the youth to determine who we really want to be.” For Ketelelo the answer is education, tirelessly pursuing an opportunity to study abroad. For Kitsiso in simply means leaving the Bush, and expanding his conception of the world and its possibilities from there.

Being an English language site, the risk we run with the majority of African content that comes our way is that it is superficial. Usually the filmmakers are American or European directors whom, despite great intentions, are tourists. I don’t mean to make that sound too denigratory, documentary filmmaking is by-and-large built on tourism — filmmakers are always just guests for a short time in the lives of their subjects. But, despite being based in the US, Koehler’s perspective is a welcome change. He spent the first 10 years of his life growing up in Uganda, and has spent significant time since in sub-Saharan Africa. This perspective and sensitivity shines through in A House Without Snakes, and informs the theme of identity that Ketelelo touches upon. Not being either American nor Ugandan, Koehler is unusually sensitive to the dislocation of his protagonists.

The most notable effect of this on the film is its lack of sentimentality. Traditionally one expects a piece like this to be overwrought with nostalgia, decrying the destruction of a pristine way of life. Koehler is able to milk drama out of the tension between Kitsiso’s ambitions for the future and his father’s traditionalism, but he doesn’t take sides. This approach is refreshing in its lack of paternalism, and empowering of its subjects — a sensibility that Koehler was keenly sensitive to from the outset, noting to us that past misrepresentations of Bushmen as “noble savages” have made them wary of filmmakers. Koehler, the beneficiary of a Fulbright-National Geographic grant for this project, overcame this reluctance by spending 10 months in Botswana, and shooting with a very small footprint. Usually it was just him and a Canon C100 camera, with occasional assists from a field producer.

Koehler’s immersive minimalism does wonders. The interviews are remarkable for their thoughtfulness and revealing nature. The plethora of footage he had to work with leads to a lovely mix of cutaways and b-roll that gives the film a naturalistic sensibility that cements for the viewer a feeling of place, and allows interviews to unfurl over interactions with the world rather than an over-reliance on talking heads. And, most importantly, the time dedicated to the project allows for genuine plot and character arcs. My biggest complaint about the majority of profile docs is that they are simply snapshots—due to the way they are produced they foreclose the possibility of the filmmaker capturing growth and change, which are two necessary ingredients for drama. A House Without Snakes does not suffer from this problem, and the payoffs to both Ketelelo and Kitsiso’s arcs within the film are powerful.

Back in the US, Koehler has been focusing more on documentary editing of late. He was a co-editor on City of Ghosts, director Matthew Heineman’s followup to his Oscar-nominated feature documentary Cartel Land, and he is also working on a docu-series for Showtime. Unfortunately I don’t imagine there is much commercial potential in heading back to Africa for a feature documentary, but should the right story arise, I would be first in line to see Koehler tackle it.