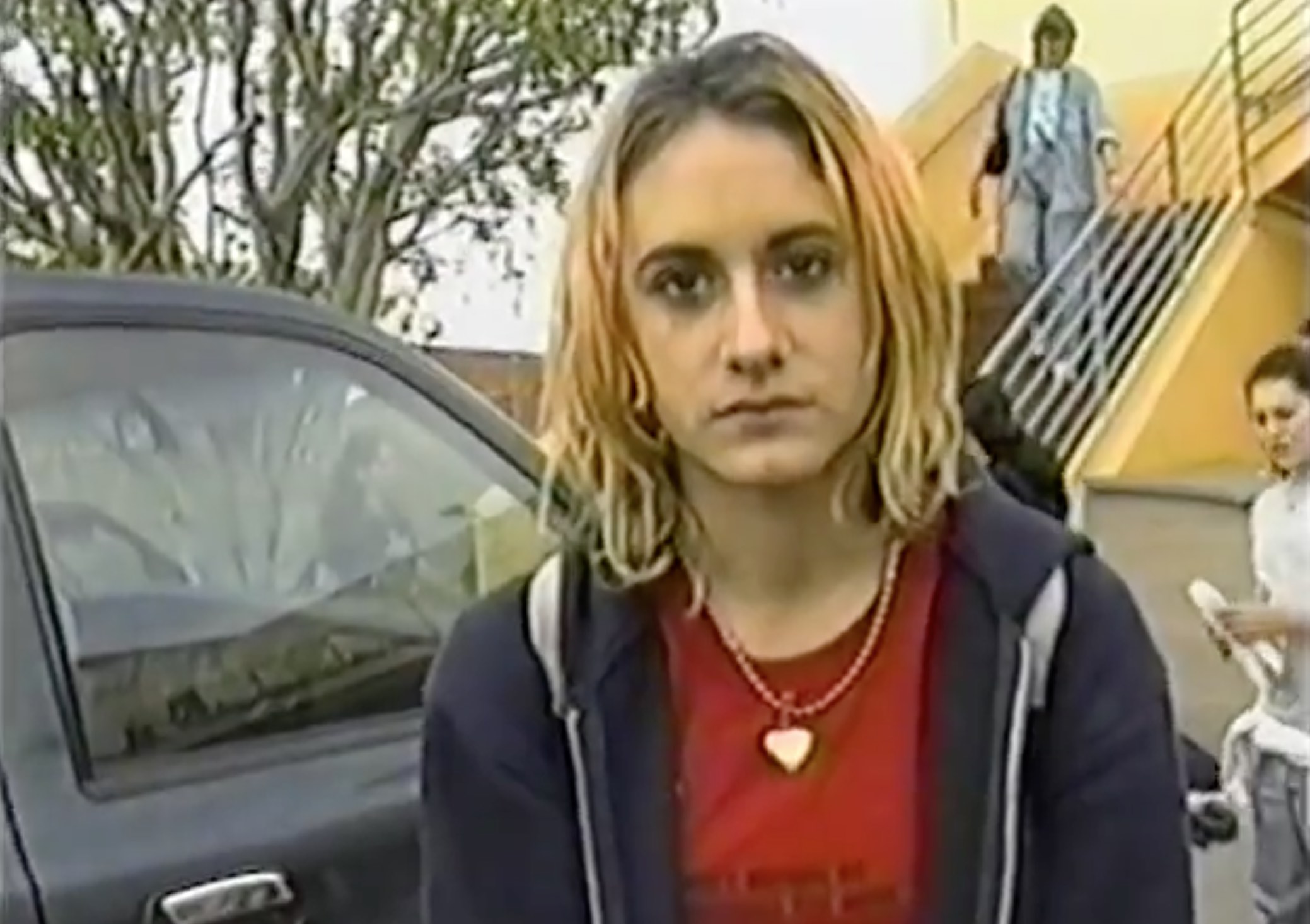 The fact a video called Dirty Girls went viral online should be of no surprise to anyone who knows the internet. However, the subject of this 1996 doc isn’t what the title might have you believe, the girls in this video are labelled to be ‘dirty’ because they (reportedly) don’t shower or wash. Centred around a group of 8th grade girls ‘notorious for their crass behaviour and allegedly bad hygiene’, Michael Lucid’s 18-minute film captures the spirit of the now infamous riot grrrl movement and is a real snapshot of the time.

Shot on VHS, with an authentic DIY feel, it’s hard not to watch Lucid’s film and be reminded of another classic documentary that captured a niche selection of society from a particular era – Heavy Metal Parking Lot. While these films share a similar aesthetic and approach, the other main thing they share is the fact they both became a vocal point for a group of people who wanted to be heard.

“I remember in the moment feeling like we were given a voice that we didn’t have without that video being shown to the rest of the school”, Harper, one of the girls in the vide, reveals in an interview with Vice. “So I felt proud of the commentary then, and I do now too”.

As a long-haired teenager, somewhat ostracised at school for his appearance, in the 90s, Lucid’s film is certainly one I can relate to on a personal level. However on a more universal level, you don’t need to have been present in this era of Grunge music, Gameboys and cassette tapes to take something away from Dirty Girls. This is a film about the hierarchy of high school, a film about being brave enough to be different and not caring what other people thought, a film about finding your voice when others want to silence it.

Dirty Girls certainly won’t be a film long remembered for a polished aesthetic and impressive production. Rough around the edges and amateur in approach, Lucid’s short feels very much like a film shot by a high schooler, with what we can only assume was some pretty cumbersome camera equipment. However, with very few amateur short films around from these times, docs like this are not only surprisingly engrossing and entertaining, but also play an important role in cultural history.

Don’t think of Dirty Girls as just as a film, think of it as a time capsule from an era – one that people will be able to be look back at for many years and get a real slice of 90s life