Bullet in the Brain

A joyless critic is given a life-altering moment of purity when he is caught up in a bank-robbery, in David von Ancken’s classic take on Tobias Wolff’s short story.
READ REVIEW
Next Previous

Bullet in the Brain 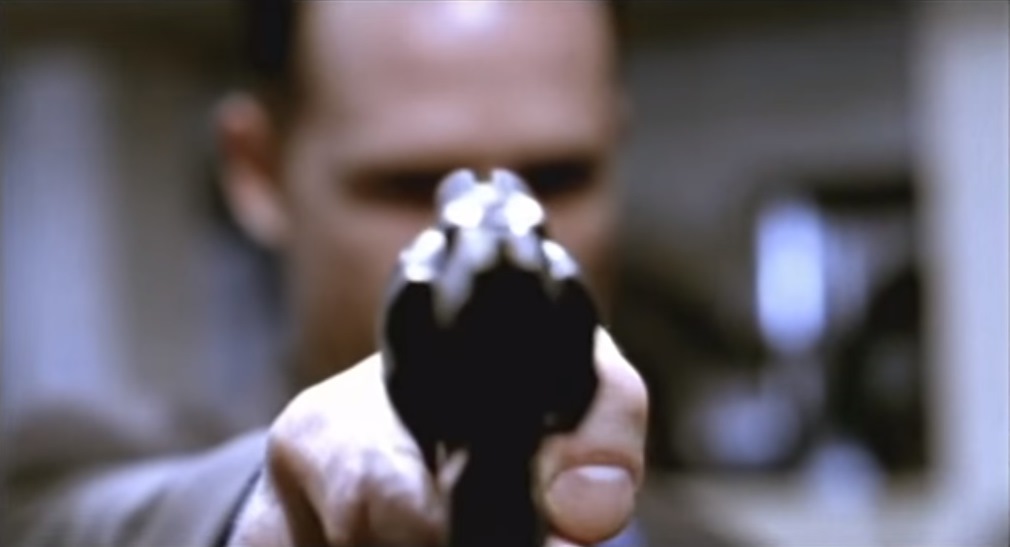 The main protagonist of David von Ancken’s Bullet in the Brain, is an asshole. Perhaps not the best opening line to sell this film to you, but it is unlikely you will do anything but dislike him for most of this film. Anders is a professor of literature who long ago lost contact with what he loves about the job, and has now settled into a life of criticism done with sneering condescension. When he is caught up in a bank robbery, the film takes this difficult, unlikeable character, and humanizes him in a way that is not only engaging, but links directly to the literary world which he once loved.

The flashbacks of the second half of the film are delivered with a snappy pace that fits the scenario, and each one provides some small insight into how Anders became the person that he now is, before settling on one final flashback which relays who he is at his core. This final memory, this formative moment, sees a sudden chance of pace and tone that perfectly fits the content. It doesn’t justify Anders, or excuse him his life – but it finds the humanity within him. That moment as a child where a passion was sparked, where his love for something was at its most pure, and where it genuinely provided him a joy that he lost at some point since.

His is a cautionary tale for all of us who dabble in criticism of the creative efforts of others, but deeper than that the film challenges us all on who we are, and what makes us that way. There is such beauty in the purity of Anders’ ‘moment’ that it gives the film an element of tragedy to understand how far from it he is, and this combined with the self-reflective tone of the film, does leave one with plenty to consider.

Bullet in the Brain predates YouTube, and it was only by chance I saw it on late night television in 2002, but it’s stuck with me ever since. Released online last year, this adaption of a short story by Tobias Wolff which Von Acken read in The New Yorker in 1995, essentially launched the writer/director/producer’s successful career. The film features several recognizable faces in Tom Noonan and Dean Winters, as well as the perfectly cast voice talent of George Plimpton, but the story-telling is the real star here, and it is that which keeps this film impacting, relevant, and one of my favorites.