Geeky Pavan takes his 'English Rose' on a date to the most authentic Indian restaurant in the city. To his horror she goes off-menu, in Hindi...
READ REVIEW
Next Previous 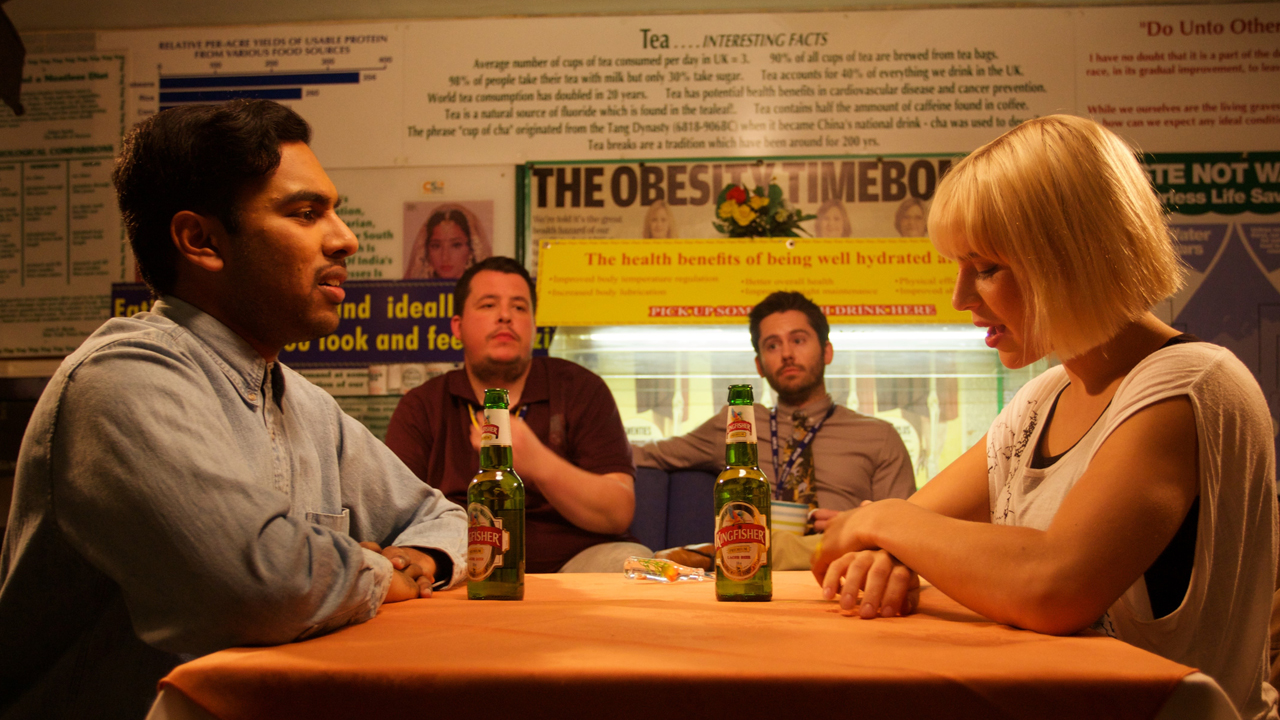 Set largely in an “authentic” Indian restaurant, Sarmad Masud’s British comedy Two Dosas follows teacher Pavan on his quest to woo fellow educator Chloe with a “heart on the sleeve, sleeve in her face” night out with food as “good as any Indian Mother’s Mother has ever cooked”. Full of warmth, humour and some endearing performances, and told through flashbacks and voiceover, it’s easy to see why this award-winning short was long-listed for both a BAFTA and an Oscar.

Brimming with great characters, key to Two Dosas’ success is an impressive comic turn from lead actor Himesh Patel (who British audiences might recognise from his role as Tamwar in Eastenders), who plays the film’s infatuated protagonist Pavan with the perfect balance of hesitant bravado and cringeworthy awkwardness.

His performance provides the momentum for this endearing short and backed by a solid supporting cast and fun script, it’s easy to see why Masud’s film won the London Calling Plus ‘Jury Award’ in 2014 and the ‘Best Comedy’ Short Film at the 24th Aspen Shortsfest.

Since creating Two Dosas Masud has gone on to direct his debut feature My Pure Land – a story of a mother and her two daughters try to protect their remote Pakistan home, based on real life events.