Hunter Syndrome is a rare genetic disease that affects less than 500 boys in the United States. These boys are missing an enzyme used to break down cellular waste. Here is the story of one.
READ REVIEW
Next Previous 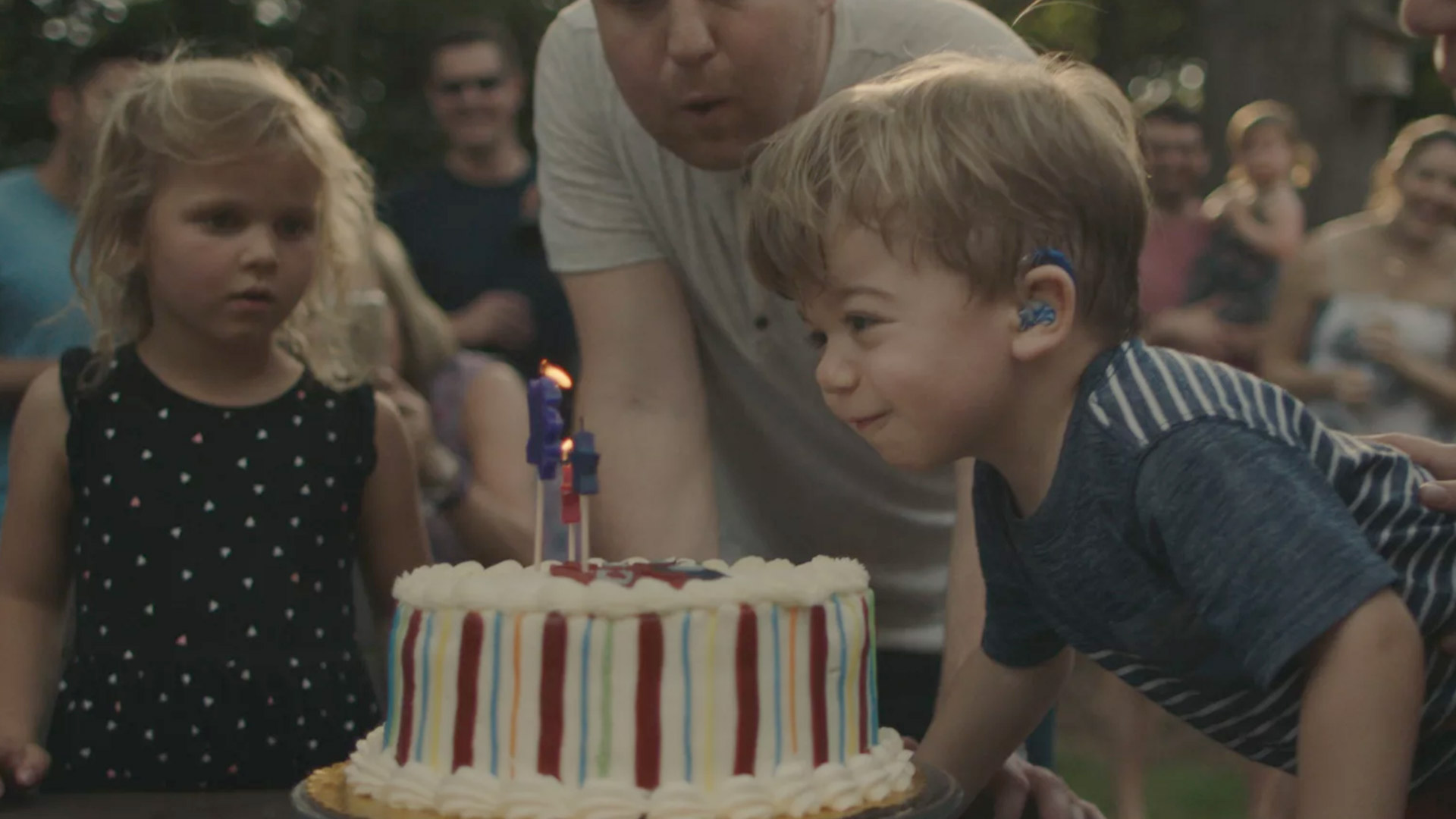 When does a PSA become art? When does a “message piece” move beyond “the more you know” star wipes and cheesy calls to action? The answer is Caravan’s Finn, a promotional documentary for the non-profit organization Project Alive that provides insight into Hunter’s Syndrome, a rare terminal genetic disorder. To put it directly, Finn is an incredibly moving, experiential look at two parents coming to terms with an unfortunate reality: that their child is going to die.

Aesthetically, the approach is practically Malickian…natural light, close-up shots, an ethereal tone. In terms of craft, it’s a somewhat astounding piece. But, beyond the lovely visuals, it’s a film that really hits you in the gut emotionally. Yes, it’s a PSA for an organization. Yes, it’s being used as a fundraising tool (donate here). But, despite that, it never feels manipulative…just honest, powerful filmmaking.

The film feels personal because, well, it is. Although this particular episode is directed by Christian Schultz, the entire series is executive produced by Caravan co-founder, Jon Muedder, who is also Finn’s father. As Muedder relates in a mission statement for the documentary series:

“When I started Caravan in 2012, my goal was to tell beautiful and compelling stories. I never dreamed that one day, one of those stories would be my son’s. In September 2016, my two-year-old son Finn was diagnosed with MPSII or Hunter Syndrome, a rare and terminal genetic condition with no cure. The only FDA-approved treatment available would keep Finn more “comfortable” while he slowly lost all of his physical and cognitive abilities. The thought of losing this precious child triggered a period of intense grief. I slowly came to a decision: I could let the darkness take over or choose to love and enjoy my sweet, fun-loving toddler that was standing right in front of me.

As I slowly started connecting with other parents of boys with Hunter Syndrome, I realized that although each of our stories was unique, we all were experiencing a common thread of grief and darkness born out of similar struggles. Our boys shared common treatment plans, therapies and challenges. Hunter Syndrome even causes them to develop similar facial features, resembling one another enough to be mistaken for brothers. The similarities in our children and our struggle created a deep sense in me that all these boys were my boys too. In the midst of my brokenness and shattered dreams for my own family, I somehow gained a new family: boys with joy and innocence and parents with boundless compassion only matched by their passion to save these children.”

Working in the Washington, DC video production scene, I’ve seen numerous videos created to promote non-profits. Few, if any, have every really moved me as much as this one. In a sense, it’s the pinnacle of the form—the kind of film that other organizations will turn to as an example of the tone and style that they will want to emulate in order to bring awareness to their causes. If that sounds shrewd and businesslike, it shouldn’t. It’s wonderful to think that Finn’s legacy (aided by top notch filmmaking) will fuel so much good in the world.

In a landscape flooded with small production houses, it’s clear that Caravan (based upon their impressive portfolio) is one of the good ones. Kudos to them for producing such a stunning and heartfelt piece.