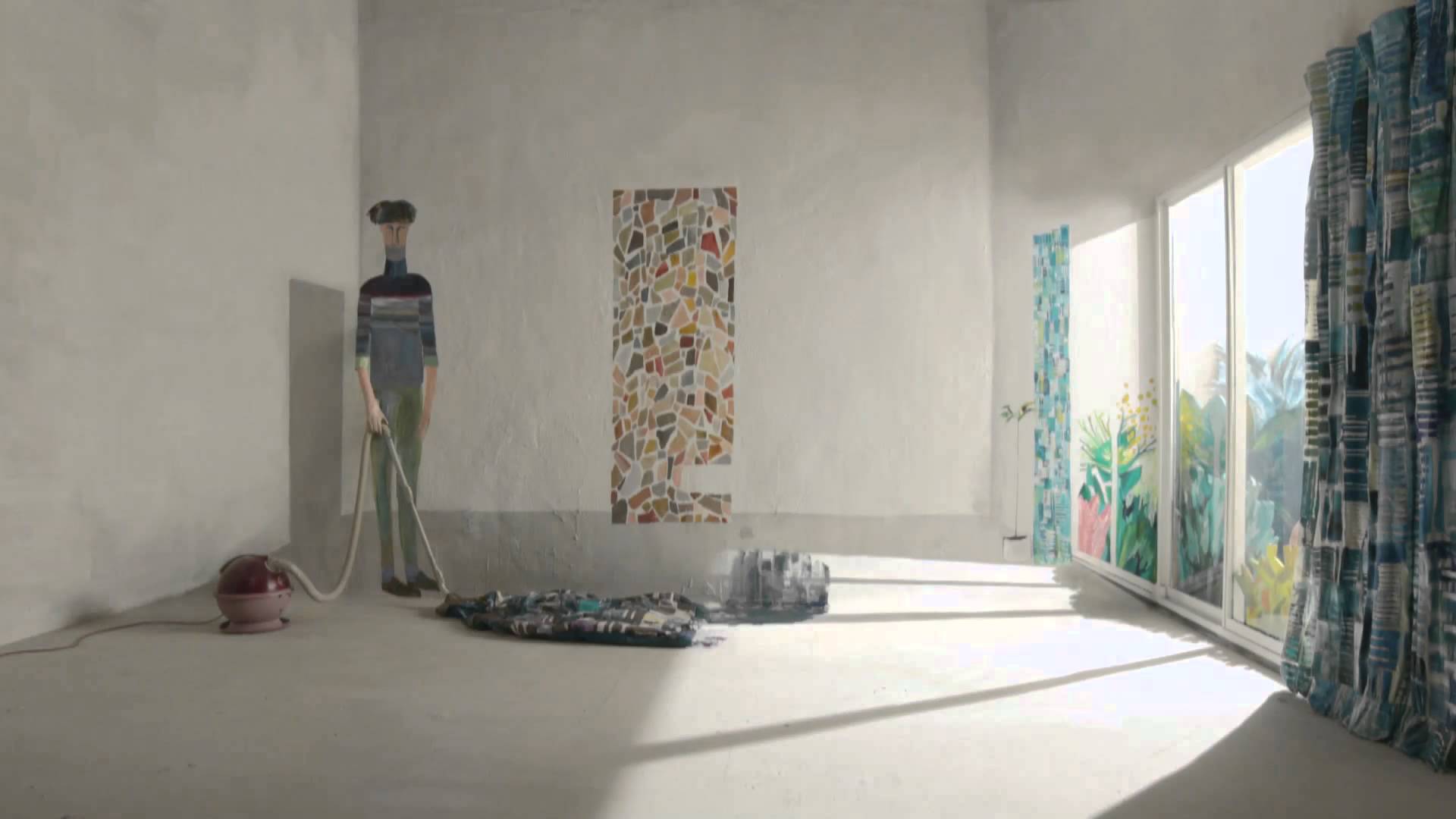 When it comes to acclaim in the short film world, prestige doesn’t come much bigger than seeing your film win a BAFTA and get nominated for an OSCAR (unless of course it won!). Add to this awards at dozens of film festivals worldwide and it’s easy to see why Daisy Jacobs’ treasured National Film and Television School Animation The Bigger Picture is regarded with such esteem.

The story of two brothers struggling with the care of their elderly mother, Jacobs was motivated to create her film after witnessing the death of her inspirational Grandmother Eileen to Parkinson’s disease. A big influence on her life, the director would watch her Gran paint from an early age and admits it was part of a “wonderful childhood” that saw her grow up “in a house full of paint and canvases, where art was an entirely normal part of life”.

On a narrative level it might feel like you’ve experienced similar stories to The Bigger Picture before, but where this 7-minute film really feels remarkable is in its craft. Creatively told through combining life-size animation with similar-sized sets and real-world props, the scale of the piece is not only impressive, but it really helps highlight the personal, and very real, weight behind the story.

Jacobs’ follow-up short to The Bigger Picture, The Full Story, builds on the life-size technique of her previous film by adding more characters, more detail and even real actors into the mix. Spanning the decades of the 1970s & 80s, the film is once again set in a family household and has just won the ‘Best Short Film’ award at the 2017 Edinburgh International Film Festival.