As a couple travels to a hospital with the suspicion that Sarah is having a miscarriage, the outside landscape that their taxi passes begins to reflect their inner consciousness.
READ REVIEW
Next Previous 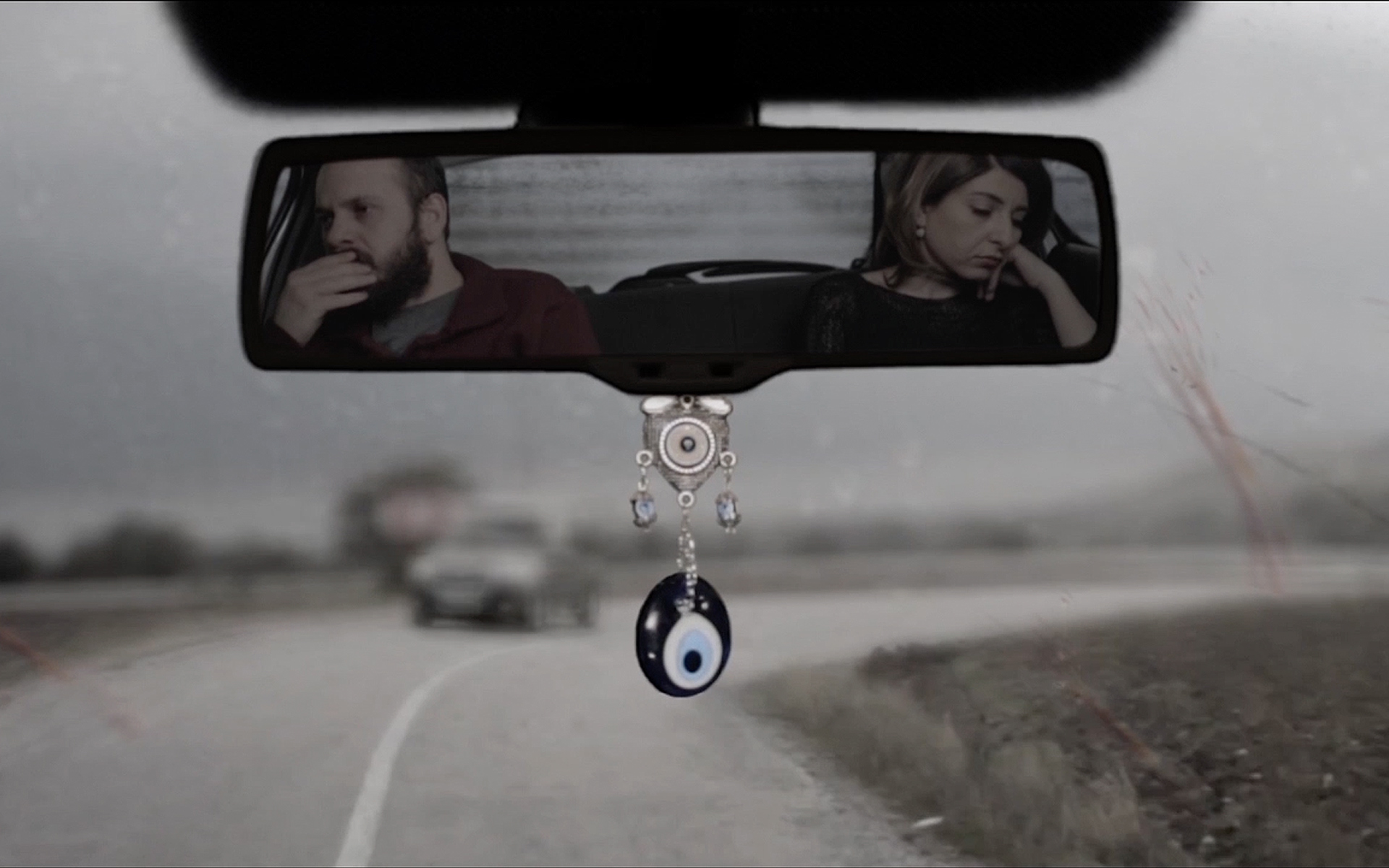 Drama about Loss in Live-Action
Directed By Süleyman Demirel
Produced By ODTÜ-G?SAM
Made In Turkey

An engrossing, experimental exploration of a traumatic life event, Asphalt from Turkish director Süleyman Demirel is an intriguing exercise in stark dramatic simplicity. Through the course of a single “long take” from the back of a taxi en route to a hospital, Demirel explores the moments leading up to a woman’s miscarriage and the resulting impact it has on the relationship between husband and wife.

We’ve seen a few stories that explore the aftermath of a miscarriage before. However, unlike another recently featured short—12 Weeks—which depicted how a strong and loving marriage can overcome the emotional roller coaster of a lost baby—Asphalt is a darker, much more experimental exploration of a similar life event. With minimal dialogue (the wife never utters a word) and subtle, but powerful visual fx work, it tackles not only the fragile mindset of its central characters, but also the misogyny imbued in a patriarchal culture. When viewed from this male lens, the miscarriage is the woman’s fault. And, so, it’s uncomfortable to watch as the husband’s actions reflect what societal convention dictates them to be be.

In Asphalt, the car becomes a vacuum—a sort of purgatorial vessel. But, despite the central characters’ stoicism, it’s the exterior environment—the passing landscape outside the car windows— that begins to represent their internal state. That might sound like trite symbolism, but Demirel handles it with surprising subtlety, backing everything with an ambient drone soundscape that is as unnerving as it is mournful. The film’s “single take” approach, likewise, adds to the film’s gravity: the silence conveys so much while literally saying nothing.

As Demirel relates: “In the car it’s your reality, it is what it is. But through the window, it is not real. It’s like a projected image. In Asphalt, a couple has a tough reality inside the car, outside the car however, their projected minds. First she sees life all over the place. They see farmers cropping, birds nesting, cows eating, a fire burning. After they return from the hospital with the miscarriage, all she sees turns from life to death. Fire burns out, animals are slaughtered, trees are falling, and even the flies coming from nowhere die on the car glass. It’s the same road, it’s the same car, but she, her vision, her mind is not the same anymore.”

I’ll admit: this isn’t a film for everyone. There are some who will balk at its simplicity and find it too slowly paced. But, this really stuck with me—crafting an atmosphere that grabbed me on a cerebral level. The imagery outside the windows is perhaps too subtle, but I respect the trust Demirel has for his audience to understand the film’s conceit.

Working with a tiny crew, Demirel shot the “in-car” scenes on a green screen in studio and then composited the “outside world” later in post to create the film’s single shot. The result is surprisingly seamless! 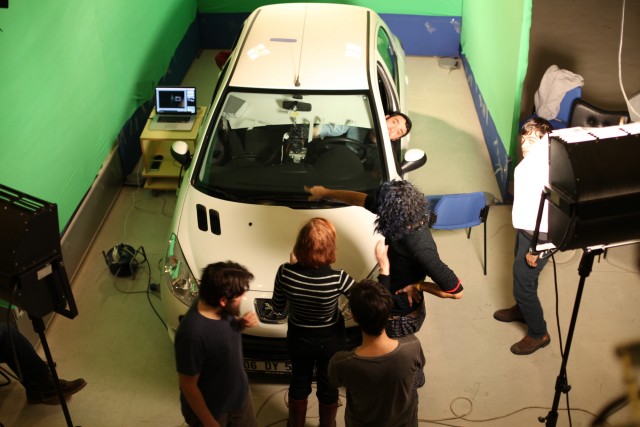 Demirel and team on set.

The ideas explored in Asphalt were originally conceived as a feature film. Demirel’s next step is to hopefully use this short as a stepping stone to get the full project made.