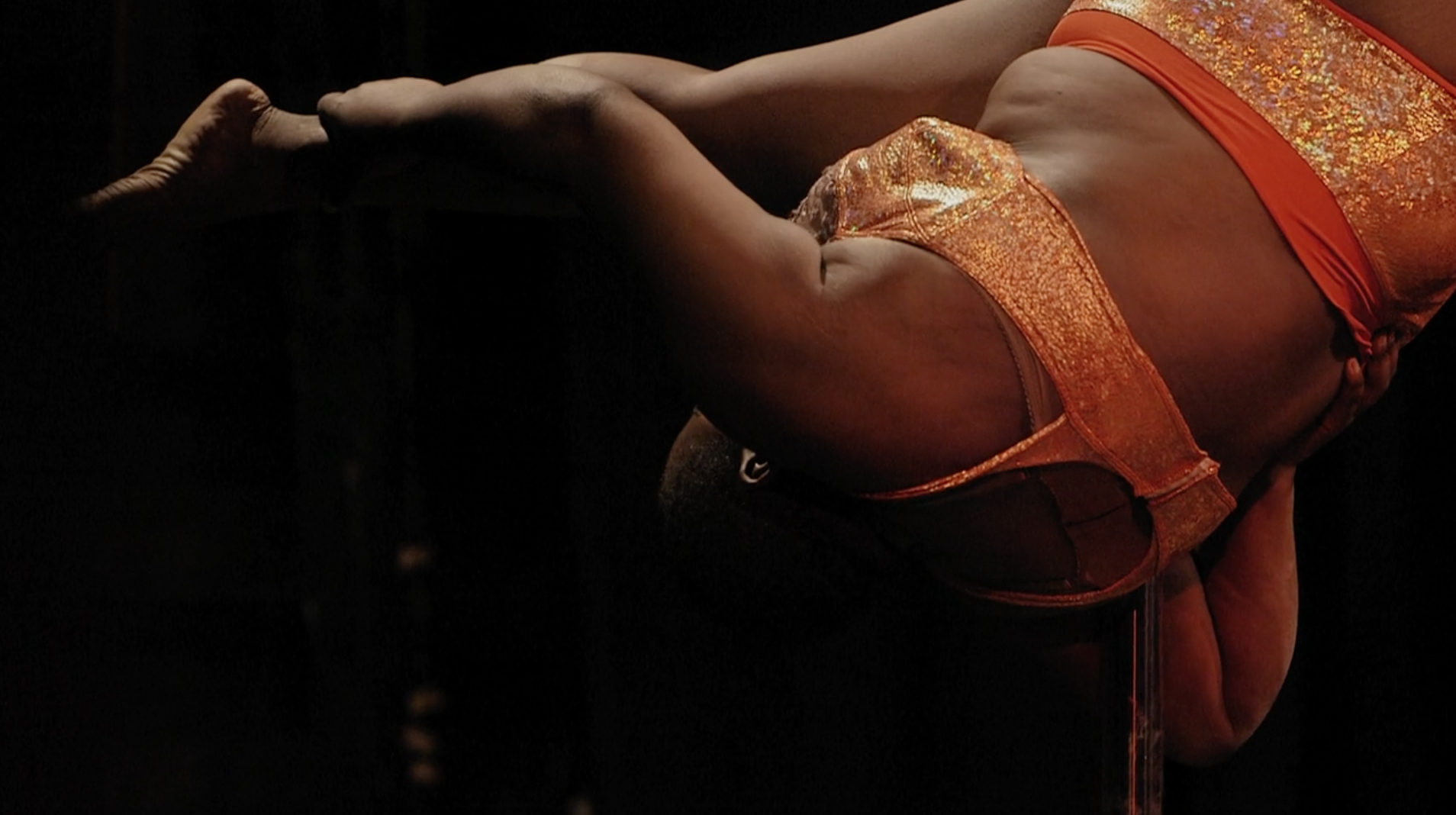 Dangerous Curves begs the question, do curvy women threaten our ideals of beauty? The answer is yes and brave women like Roslyn Mays (the focus of this doc) couldn’t be more inspiring role models. While the female figure has long been subject to objectification, documentarian Merete Mueller explores an inverted perspective, placing the gaze within the minds of those women who dare put themselves on display.

Dangerous Curves investigates one woman, a non-profit worker turned pole dancer, as she faces insecurities about her voluptuous figure, embraces what it personally means to be sexy, and shatters body norms surrounding the female figure. This short is going to make you want to put on sparkly heels and step into your inner goddess.

“You can’t tell me there is a single woman in the world who at some point or another does not want to feel like a beautiful sex goddess.” – Roslyn Mays

At the film’s core is a search for freedom. A black, plus-sized woman trapped in the confines of her negative body image, Roslyn, otherwise known as @rozthediva on social media, rediscovers herself when she dares to explore her sexuality. Mueller’s film captures the stunning world of pole dancing and how a group of women, led by Roz, take control of their objectification.

Instead of hiding, there’s a beautiful look-at-me mentality that reigns supreme in this doc. Roz, a woman who always considered herself different and with a lower self-worth than others, found triumph in airing out her differences to the world. Not only was she able to make peace with her insecurities, she found other women who looked like her to bring to the stage. So while public exposure may produce bullies, the community of women that came forward far exceeded that risk.

Mueller’s long relationship with Roz helped the director connect with her subject on a deep level, creating compelling on-screen magic. Uniquely, Mueller, Roz, the film’s director of photography, and the co-producer all went to high school together, making the filmmaking process feel much like mini reunions over the course of the year in which they were filming.

The aforementioned co-producer, Dominique Herard, who had been volunteering at some of Roz’s early “Dangerous Curves” pole dancing shows, suggested the idea of a film to Mueller who was quickly taken by the scene. Excited by the possibility of exploring each performer’s relationship to her body, Mueller was tasked with finding a singular champion, thus landing on an old classmate. With Mueller’s encouragement, Roz was given a voice to discuss how she regularly combats ideals of body image, race discrimination, and gender objectification in the hopes of building a community of empowered women.

Dangerous Curves screened at Rooftop Films and the New Orleans Film Festival in 2016, making it’s online debut this year. Mueller is currently working on two experimental documentary short films. One is an essay film about her parents trip back to the city where they fell in love (Berlin, Germany) 15 years after their separation. The other is looking at the impact of nature imagery and nature sounds in maximum security prisons.