Clinging to a smooth, curved surface high above a sentient abyss, a girl tries to cover the few feet back to safety without losing purchase and falling to her death.
READ REVIEW
Next Previous 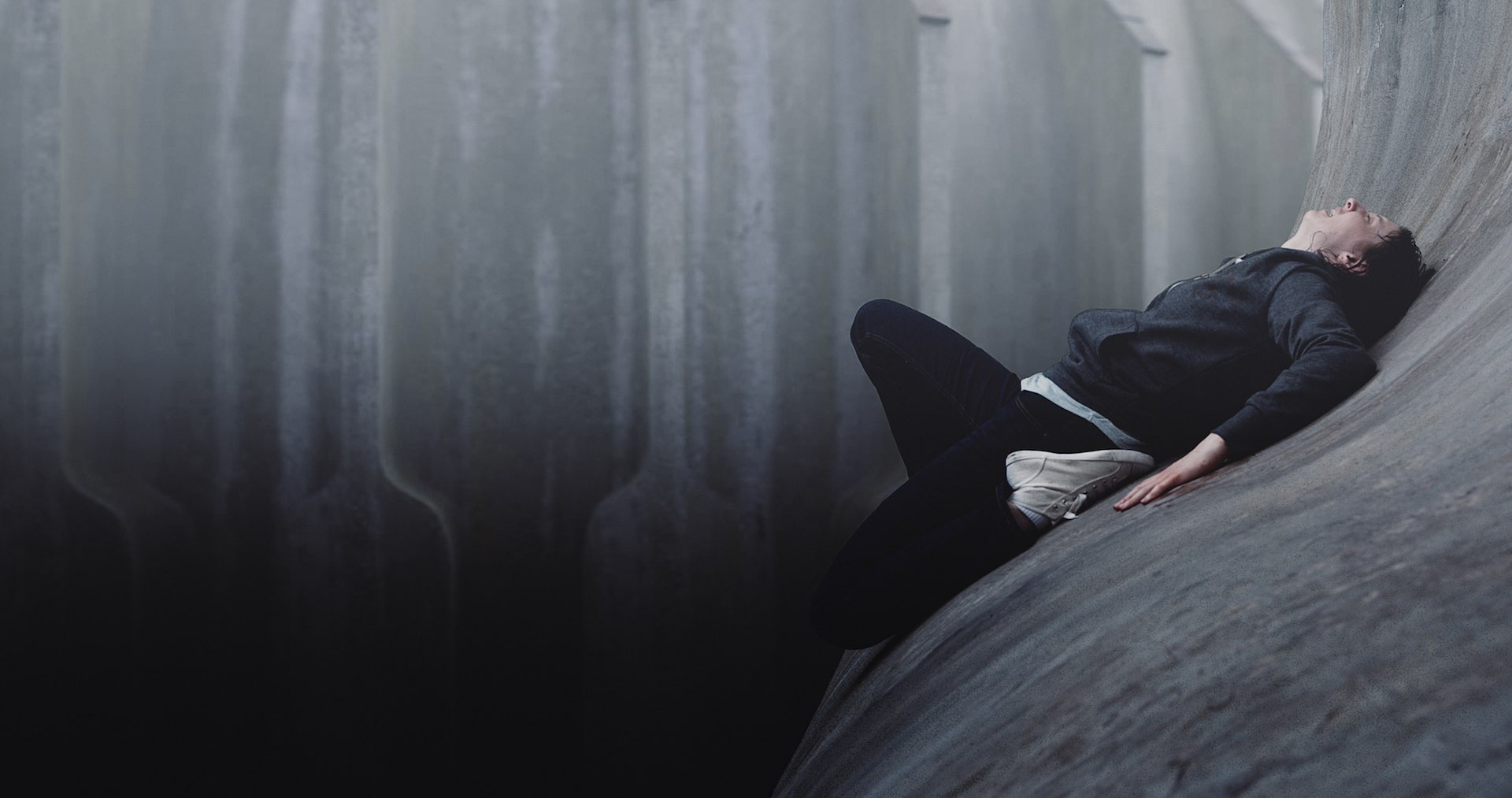 Winner of ‘Best Short’ awards at both Fantastic Fest and Sitges in 2016, Tim Egan’s 10-min Horror Curve is a dark, minimalist, and truly unsettling film. Simple in premise, but immeasurable in impact, prepare yourself for what is set to be one of the most tense and unforgettable shorts you’ll witness in 2017.

Reminiscent of one of my favourite long-shorts (if an almost 50-minute film can really be classified as a short?), Shinya Tsukamoto Haze, Curve is at its most powerful when putting you inside the headspace of its doomed protagonist. An uncompromising, physical watch, Egan’s film sends shivers down your spine as you imagine your own fingernails desperately clawing to that unforgiving concrete, in hope of getting any kind of traction. It’s really hard not to watch Curve without setting your mind racing about what you’d attempt in that situation – however horrifying and hopeless it might be!

Taking just 8 hours to write, from first concept to shooting script, Curve was inspired by two key moments in the director’s life – the first being hit by a car and the second a conversation with a depressed friend.

“I still remember the feeling of wet tarmac under my fingers” Egan recalls when describing his lucky escape after being knocked into the centre lane of busy traffic, where he gripped the asphalt preparing to be struck by a second car in a matter of seconds. Whilst this first experience was an undeniable physical one for the writer/director, the second influencing experience was a much more mental one.

Describing a conversation he had with a friend struggling with grief, where she explained that “the only good moments of her day being the seconds after she woke up”, Egan obviously had some more symbolic intentions coursing under the surface of his thoughts when writing Curve. “Her mind was clear and at peace for a few seconds before she remembered her pain”, he recalls. “Then grief rushed in, a feeling not unlike vertigo. She said the earth opened up beneath her and the rest of her day was simply about holding on by sheer force of tension”.

Despite knowing this particular influence on Egan’s script, Curve feels like a film better left unscrutinised. Yes we could talk about all the metaphors (or is it allegory?) in the scenario of a bloody woman clinging to the precipice of life. But Egan’s is a short best enjoyed without all this bullshit. A film best enjoyed in the moment, a film best enjoyed for its raw, uncompromising approach – however uncomfortable that may be.