Filmmaker James Mills explores the trials and tribulations of his grandmother, Vina, whose colorful personality has affected his family tree for good and bad.
READ REVIEW
Next Previous 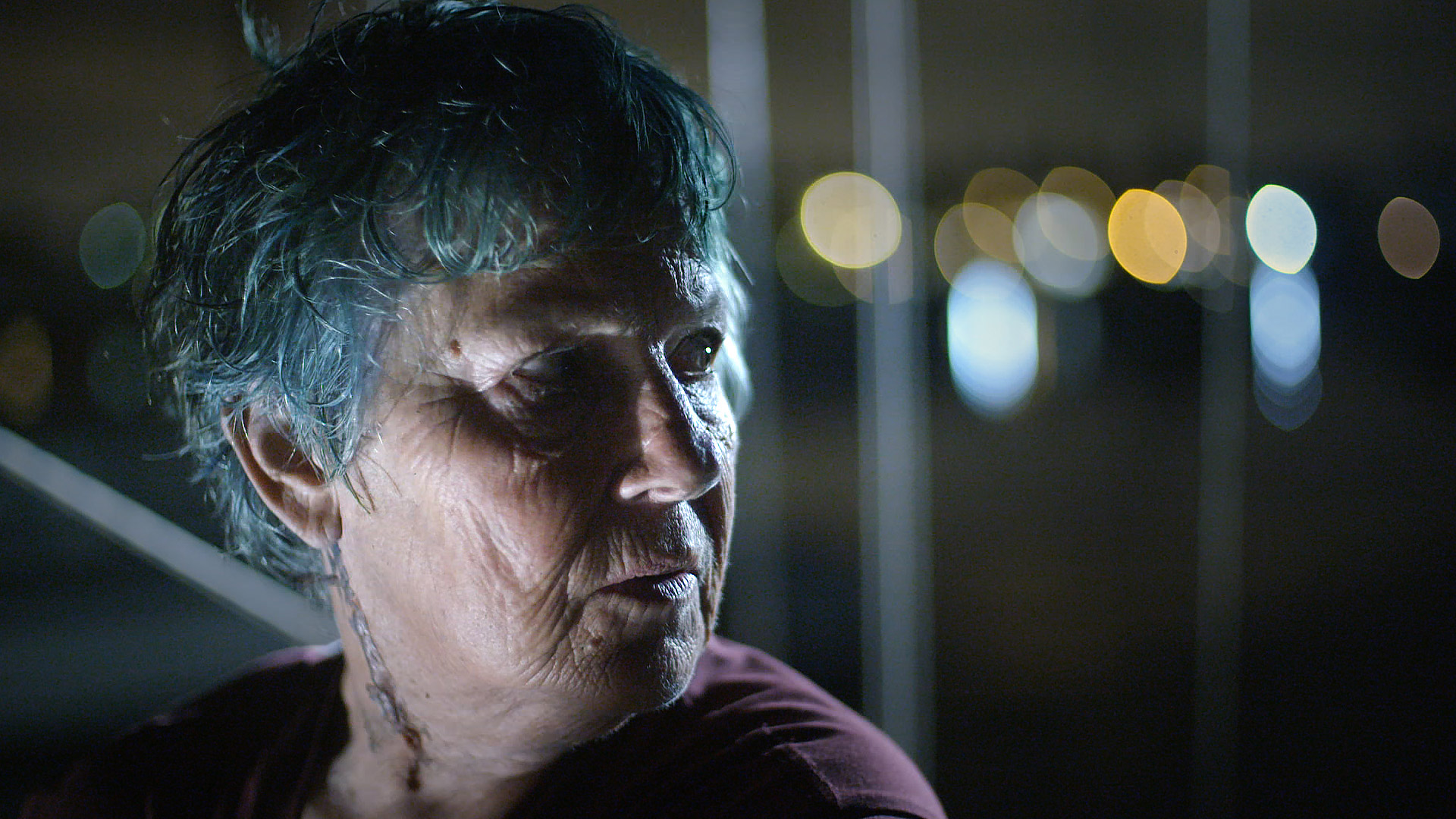 Moon Child is a hard documentary to classify in a simple pitch. I suppose, at its core, it’s a film about a single woman and her various trials and tribulations. But, this is much more than your standard profile documentary. Directed by the subject’s grandson, James Mills, Moon Child becomes a tapestry of one person’s life. It’s a film about abuse, anger, mental health, drug addiction, and, above all, family.

Is it inspirational? Not in the traditional sense. This isn’t one of those sappy feel-good profile pieces that are a dime a dozen on the internet. Rather it’s a jumble of honesty. It doesn’t judge its protagonist, nor does it absolve her of her sins. Vina is a complex subject—loving and hopeful one second, vicious and cruel the next. In effect, as the film attempts to dissect this particular family’s history, we are allowed to peer into the various windows that reveal who a person is. The subjects covered are intense and varied—the film is as much a depiction of the effects of sexual abuse as it is a raw look at mental health issues.

Honestly, It’s a lot to cram in. Even considering it’s nearly 20-minute runtime, there’s perhaps too much here (the film is three-quarters of the way through before it touches upon the fact that Vina killed someone and served time for it). But, the messiness and length sort of reflects the film’s protagonist. It jumps around through time and relationships, from hardship to other stories of abuse and forgiveness. The result is undeniably fascinating, but also disturbing and uncomfortable (admittedly, it feels a bick icky to find entertainment in someone’s pain).

For Mills, this was clearly a personal project. He shot it entirely by himself. Originally, he was planning to make the film with an assistant to help with sound and transporting equipment, but he quickly realized he could get more personal confessionals from his family with just him interviewing them privately. The result of his efforts is some of the most personal “talking-head” interviews we’ve ever seen. It provides a sense of specificity that we doubt any other filmmaker would have been able to get.

Mills actually started shooting a documentary about his grandmother a few years back, but commercial projects got him sidetracked. Luckily, ENDPAIN, an organization that works to provide awareness to mental, physical and emotional pain, approached him about making a spotlight film on someone who has inspired him. Of course, Mills had the perfect subject at the ready.

Communicating with Short of the Week via e-mail, Mills expands upon his creative motivations:

“Beyond exploring my own past and heritage in hopes of further forgiving my own mother, I wanted to see the similarities between lineages, both innate and nurtured. I found that my mom either ignores or makes the same excuses about my upbringing that my grandmother makes for my mom’s upbringing, and there were emotional moments while filming in which we all simultaneously had this realization and bonded even more because of it. In the same vein, the beautiful, perseverant personalities of both have been handed down in the same process; we really do bereft the whole character of a parent when raised in a single parented upbringing. I think the process taught me the persevering power of love and forgiveness, two feelings that I admittedly hadn’t felt in a long time.”

Mills is currently trying to make a feature film that he wrote about characters based on his mother and grandmother. He’s hoping to reach out to talent and financing soon.