An injured jockey tries to endure nine races on nine horses over the course of one unforgiving night on the track. He will test the limits of his body and find what exists in the grey area between pain and beauty — if it doesn’t destroy him first.
READ REVIEW
Next Previous 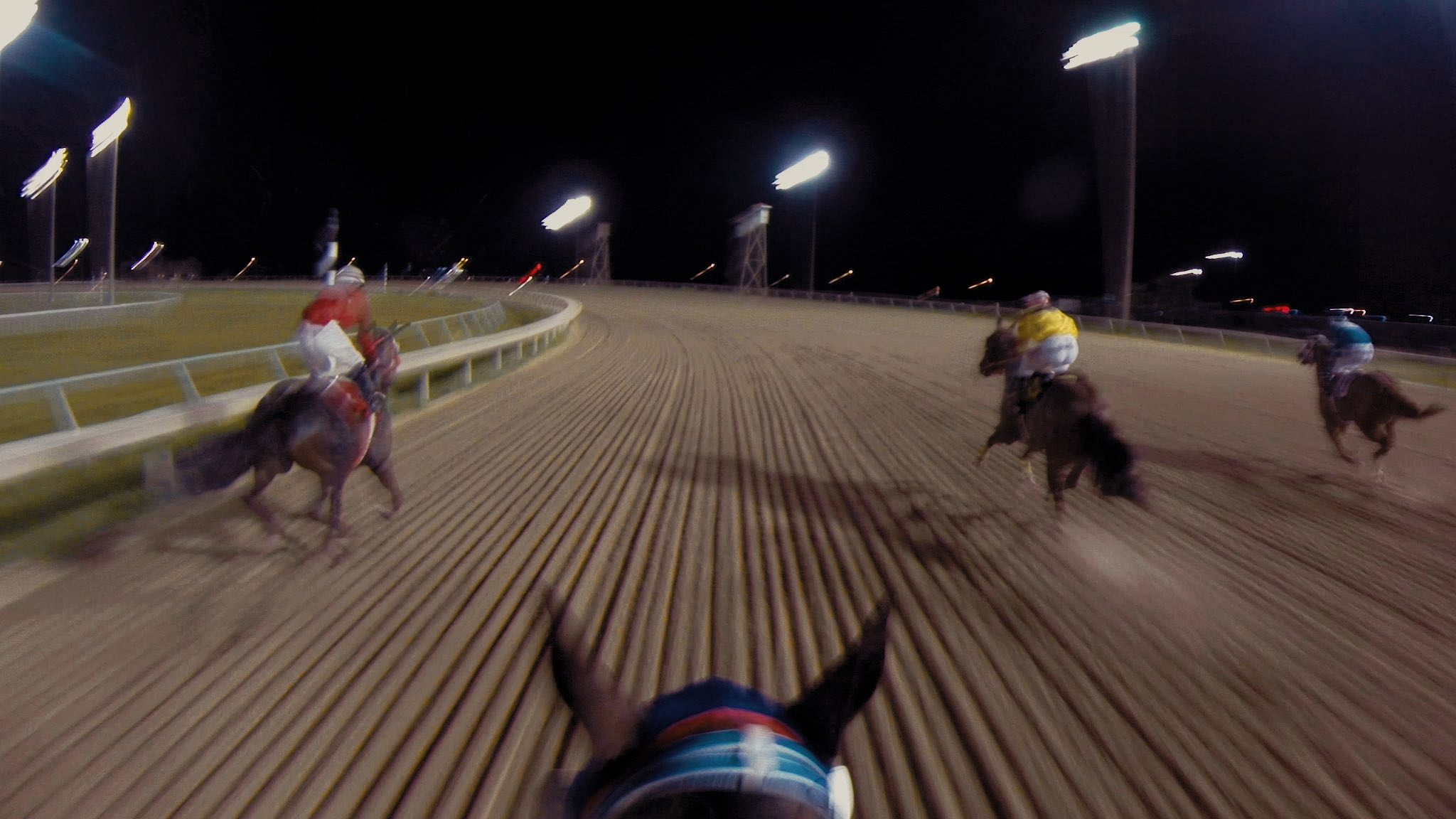 When we discuss sports it is often on a primal level. We speak of intimidation and domination and when we ascribe higher qualities to the athletes we valorize we speak of fortitude and will. This everyday discourse is only heightened by injury — suddenly you are not only competing against your opponent, but your own body, the instrument of your craft. An athlete competing through serious pain finds themselves on the path to mythology — Tiger winning the U.S. Open with a torn ACL, Franz Beckenbauer competing in the World Cup with a broken clavicle, Kerry Strug’s gymnastics vault. Often these athletes invite further, even permanent, disability. Why do they persist?

To a degree, playing through pain is an expectation of sport. To athletes, their teammates, fellow competitors and observers alike, it is seen as a window in one’s dedication and competitive spirit. Yet these famous examples had high stakes, with all the attendant spotlight and potential glories to serve as motivation. What is the motivation for athletes competing on a smaller stage, those warriors simply scraping by? That’s what I wondered when watching Clint Bentley’s 9 Races, a film that peers into the famously brutal world of horse jockeys and depicts one racer’s near maniacal mission to gut through an evening’s slate of races despite being thrown from his mount earlier in the day.

This Saturday will see hundreds of thousands gathering to cheer at the Belmont Stakes, the third leg of horse racing’s famous “Triple Crown”. Yet Gabriel, our protagonist, is far from that privileged limelight. Instead he is stationed at a podunk regional track in Texas which supplies neither fame nor fortune. In his obstinacy Gabriel reaches towards glory, however in a bastardization of the famous koan, if glory is achieved with no one there to see it, does it still shine?

Gabriel’s motivation was a puzzle for me initially because of this question of stakes. Surely there is some factor forcing Gabriel’s irresponsibility, be it a relationship or financial imperative? Yet as Gabriel’s night continues and Bentley’s direction takes on an ever more hypnotic quality, one senses that the character’s persistence does not spring from external carrots or sticks — it is less about machismo or money, but instead is deeply internal and even spiritual in nature.

A more satisfying, yet less interesting film might chalk it up to the triumph of a competitor’s will to win. Yet that is not Bentley’s aim. Bentley is the son of jockey, and thus deeply immersed in the world he sought to bring to life, and felt a responsibility to depict it accurately, warts and all. A deep connection was cultivated in his youth, but it wasn’t until he was older that the hardship and sacrifice of the craft fully dawned on him. From obsessive weight-cutting to rampant abuse of painkillers, jockey life is incredibly taxing physically, and precarious financially. It is this authentic picture of jockey life that he seeks to encapsulate in all its confusion and complication, and if the film has a hard time expressing its central conundrum, it is because, in many ways, this self-knowledge is opaque to even its subjects.

It reminds me a bad joke — Question: Why are academic disputes so vicious? Answer: Precisely because the stakes are so small. The climactic scene of the film shows the horse trainer examining Gabriel. His collarbone is broken, and he warns his jockey that permanent injury is possible. Gabriel is insistent that he must finish the final two races, but his words break down as to why. In this moment we don’t see steely determination, we see fear. Because jockeying is so punishing, because the rewards are so scant, those whom persist do so out of a deep attachment, an intertwining of identity and vocation. The humdrum stakes of the evening are precisely why finishing the races is so important. Gabriel is a jockey. To be a jockey is to ride, if he doesn’t ride than what is he? Worse, as Bentley articulated to me through email, fear is an omnipresent aspect of a jockey’s life, hurtling down a track on the back of intemperate animal. To give into fear is to lose one’s nerve, and to lose one nerve is to lose the willful compartmentalization needed to even get onto the track, let alone succeed. Suddenly the entire edifice of of meaning that Gabriel has constructed is in peril, to question why he should race these last two races is to let the fear lead him inexorably to the next logical question — why race at all?

Bentley is well acquainted with macho subcultures in his work and brings that experience to bear in 9 Races. Previously he immersed himself in the world of border patrol agents as co-writer and producer of the 2016 SXSW feature film winner Transpecos which we profiled in the fall, and directed second unit on Five Star,  a short documentary about high school football which was also on Short of the Week. Armed with the experience from this short, Bentley is prepping a feature script that dives deeper into the world of jockeys.