With 41 full-ride Division 1 scholarship offers, Brandon Jones is one of the most heavily recruited high school football players in the country. But beneath the stats, the college offers, and the very real possibility of achieving his dreams of playing in the NFL, he’s just a kid. And he’s facing the biggest decision of his life.
READ REVIEW
Next Previous 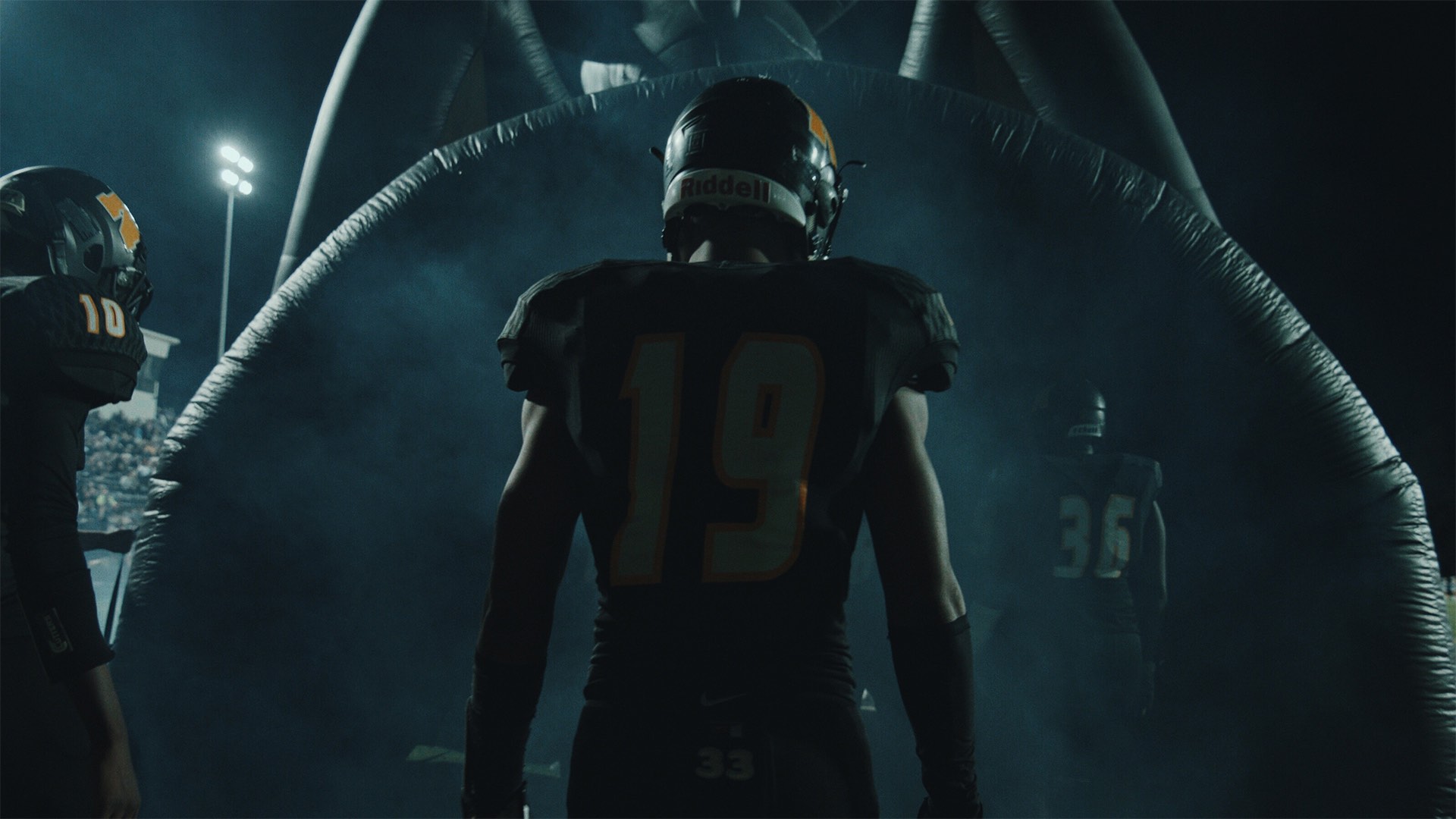 At the start of senior year, most American high schoolers don’t know where they’ll be going to college, let alone what they’re going to major in when they get there. For most, that uncertainty is perfectly ok, but for highly ranked football recruit Brandon Jones, choosing the right college feels like a life or death decision that might mean playing in the NFL or not. Director Ryan Booth’s Five Star shows us that it’s hard to act like a normal high school student in an age where college recruiters have instant, easy access to high schoolers via text messages and emails, and it’s even harder to find unbiased guidance. Through terrific access and skilled production, Five Star is an surprisingly intimate exploration of a major life decision.

Early on, we learn that Brandon Jones is a thoughtful, down-to-earth kid who loves his family and doesn’t want to go to play somewhere that’s too far from home. You get the feeling that the constant onslaught of phone calls from college recruiters interferes with his day-to-day life, but he manages it quite well, and at the end of the day, he is able to make the decision for himself. “I remember when I was trying to decide where to go to college,” writes Booth “it felt like a massive decision that I was ill-equipped for. But these heavily recruited athletes are having to decide where to go to school with the entire country watching. That felt like a moment ripe for exploration.” One of the strengths of this film is that doesn’t seem have an ulterior motive, and if it has one, it’s quite subtle; Booth’s naturalistic approach to the documentary process gives the viewer an opportunity to come up with his or her own opinion on the situation.

Most profile docs are made up of so-so interview audio and serviceable b-roll, and as a genre, it has become a little repetitive. Thankfully, Five Star’s narrative is more intimate than your traditional profile doc. In order to get more relaxed and truthful answers from Brandon, Booth decided to conduct a second follow-up interview with the cameras off: “We sat in the middle of his empty locker room and just talked,” writes Booth. “That was the best interview of the project, and an enormous percentage of the VO in the film is from that interview.” Next week, thousands of high school athletes will sign binding contracts with colleges across the country, and though this film only deals with one person, it gives us a rare glimpse into an experience that many student athletes face, and the anxiety they might feel when everyone has an opinion, and everyone is watching.

The intimacy of Booth’s interview approach is mirrored in the look of the documentary. One of the biggest challenges in documentary work is also what makes it most compelling: the shoot can be unpredictable. You don’t really get to film multiple takes, and it’s hard to create beautiful images when you’re worried about capturing the moment. As a DP-turned-director, all of Booth’s shots are artfully composed and carefully framed; they rely on natural light and intricate handheld camera work to breathe life into Brandon’s world. Most impressively, he managed to capture all of the footage and interviews for this lengthy piece in three shoot days.

I won’t say where he ends up, but in the end, Jones chooses a school that’s not too far from home, and the look on his face when he puts on his new school’s hat is like that of a student on the last day of high school–exhausted, relieved, and excited for the future. Look for Jones on field on Saturdays, but he isn’t the only one you should keep tabs on: Hank & Booth (the “Hank” half of the equation is producer Henry Proegler) are in the early stages of developing a documentary series with SpringHill Entertainment that will expand on the themes found in Five Star.