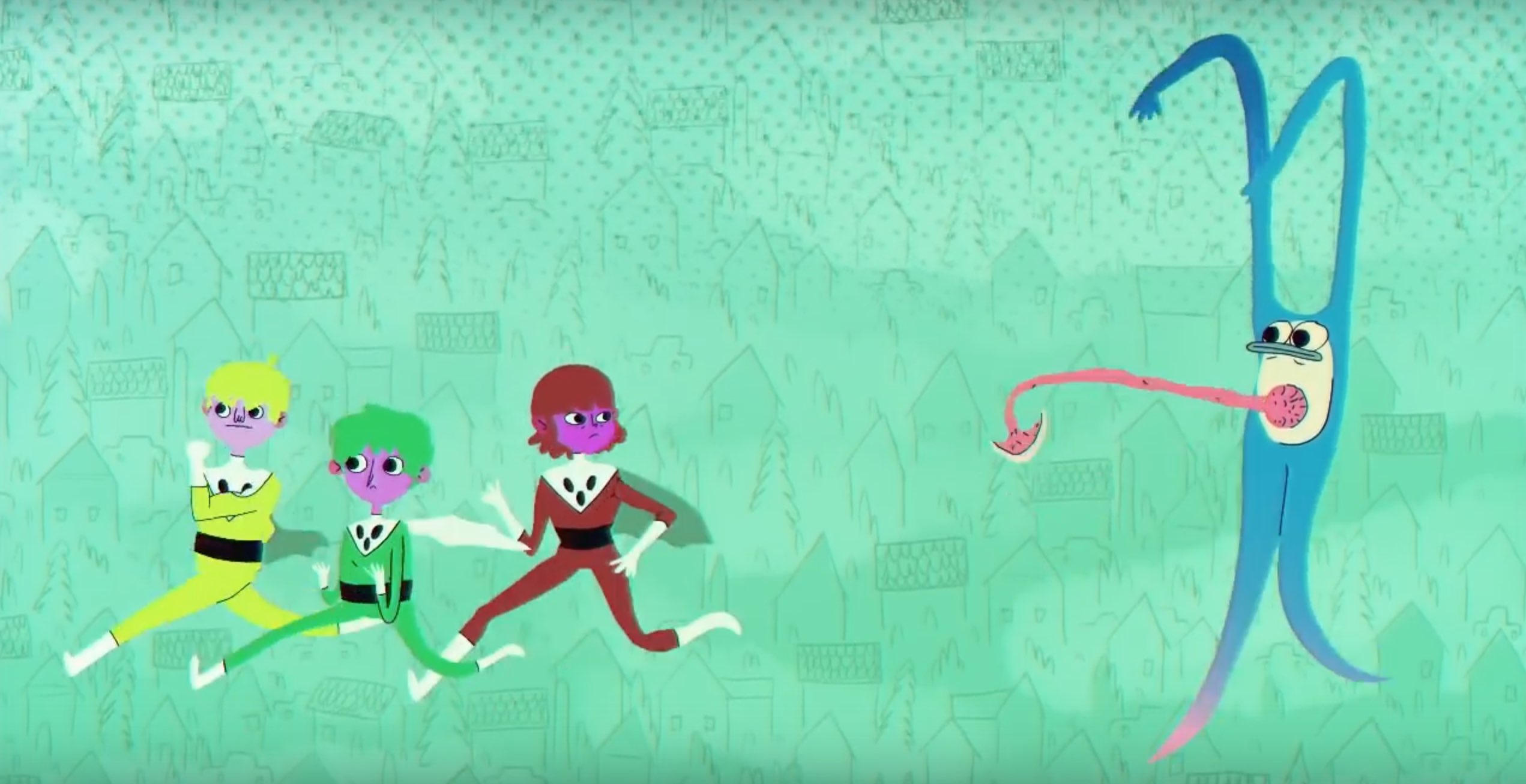 The story of a boy brought back from the dead to fight “demon ghosts”, Kieran Sugrue’s Ghost Squad is a 6-minute animation that’s going to leave you addicted to its crazy concept and surreal style.

Feeling a lot like a pilot episode for an upcoming series (it even has an opening montage scene with theme tune), Sugrue’s short follows its titular trio of phantom fighters as they hack and slash their way through evil spirits in this brief but epic adventure.

Focused on the newest member of the ‘Ghost Squad’, James, as he comes to terms with his unusual predicament and tries to harness and understand his strange superpowers (the members of the Squad can only use their abilities once they have died and come back), Sugrue’s short feels like it only scratches the surface of a universe with plenty left to offer.

Brimming with fun – in its story, aesthetic and tone – whether we’ll get more from the Ghost Squad world isn’t currently clear (if you’re reading this Kieran – please let us know in the comments below), but at a time when the likes of Adventure Time and Rick and Morty are so popular, it feels like Sugrue could really have a hit on his hands here.