A daring portrait of a disabled man yearning for intimacy in a world that would rather ignore him.
READ REVIEW
Next Previous 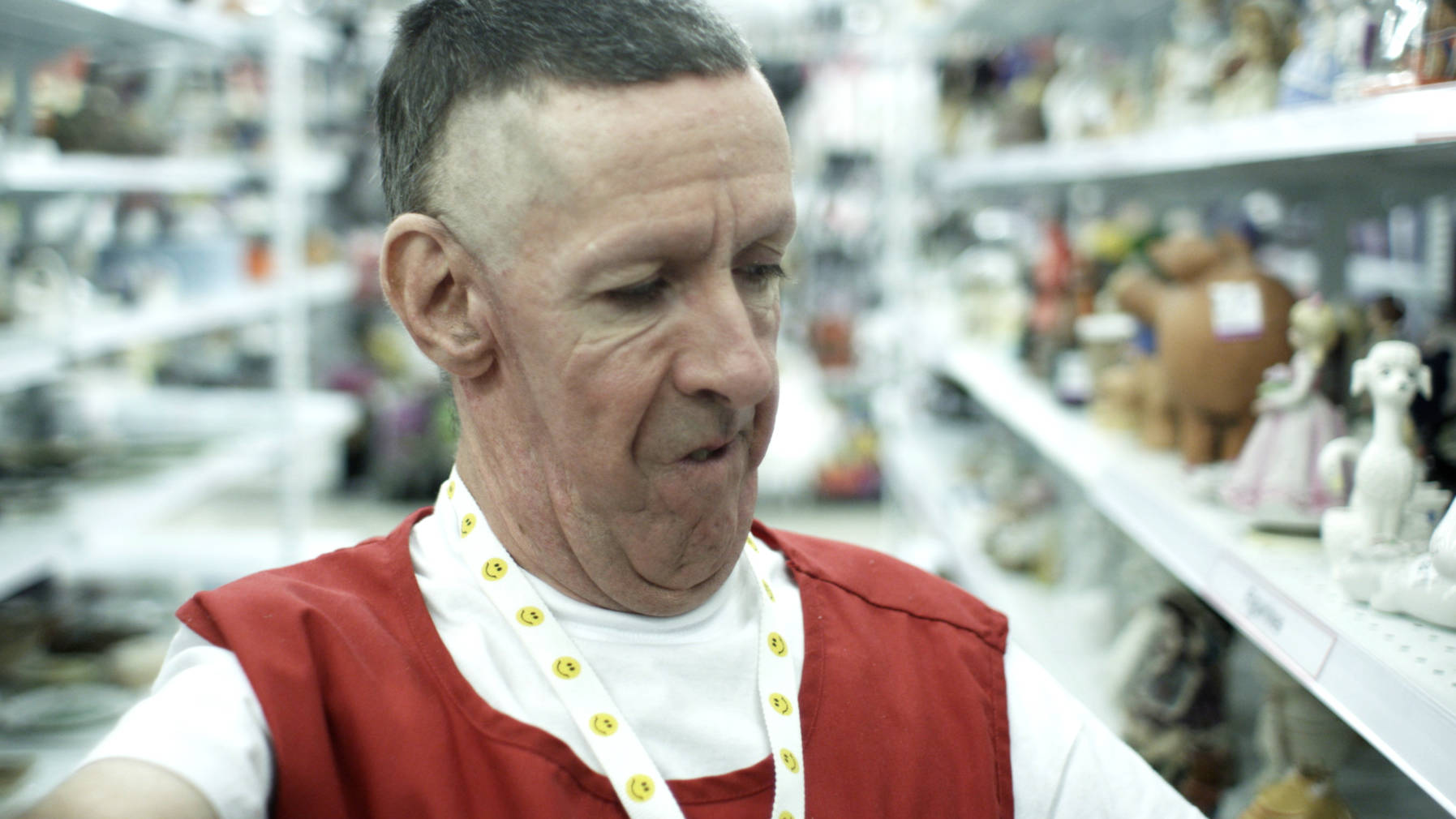 An emotional powerhouse of a film, Martin Edralin’s 15-min short Hole gives a voice to those we rarely care to listen to, as it tackles issues about human dignity, disability and sexuality. An explicit and candid character study, which at times can be difficult to watch, Hole raises questions about flawed perceptions and the all-consuming desire to be loved as it digs deep and connects with the audience in a haunting and powerful way.

Billy (played by Ken Harrower) is a middle-aged gay man who suffers from Arthrogryposis Multiplex Congenita (AMC). His disability means that everyday tasks such as getting dressed and having a bath are impossible to complete without the help of his caregiver Craig. Billy yearns for closeness and intimacy in a world where no one sees him as a sexual being and the closest thing to sexual fulfilment he can find, is that of a glory hole. With long, revealing and often silent scenes, Hole is not a comfortable watch, but the emotional pull is so powerful, it’s even harder to look away.

Edralin met Harrower on a corporate video shoot a few years prior to making Hole. The director was instantly struck by the actor’s sense of humour and positive attitude. “He came to set with a Pride flag hanging at the back of his wheelchair. I thought it was really badass that this guy, who likely faces all kinds of prejudice because of his disability, was publicizing his sexuality.” – Edralin explains. Hole was written a couple of years later, yet Harrower was not immediately cast as Billy. The role was initially written for a much younger actor, but after auditioning, it became obvious that he was the right man for the job.

After doing some background research and watching a couple of interviews with Edralin and Harrower, I realised that for the two men, Hole represented a voice – a very different but equally personal and significant one. For Martin Edralin, the film was a creative voice, one he had been trying to find for years. The idea for the short came at a time when he had given up on being a filmmaker. “I got tired of the kind of projects I was working on and how those films were being made. My goal was just to make the kind of film that I would want to watch”- he recalls.

Hole spoke to me too. I can commend the director for his brave and bold cinematic work of art, as well as the actor for his powerful performance, all confirmed by the impressive number and calibre of festival laurels, but what I am taking away from it is far more personal. The film made me question my own perception and yes, that scary but accurate word, prejudice. It is so rare to see films of any length or genre, which depict disabled people with sexual desires that the idea of it is still very much a taboo. For this reason I consider Hole a massively important and successful film that should be mandatory viewing for all.