After a magic Tibetan bell is stolen from a small village, a little girl and an elephant undertake a dangerous journey to bring it home.
READ REVIEW
Next Previous 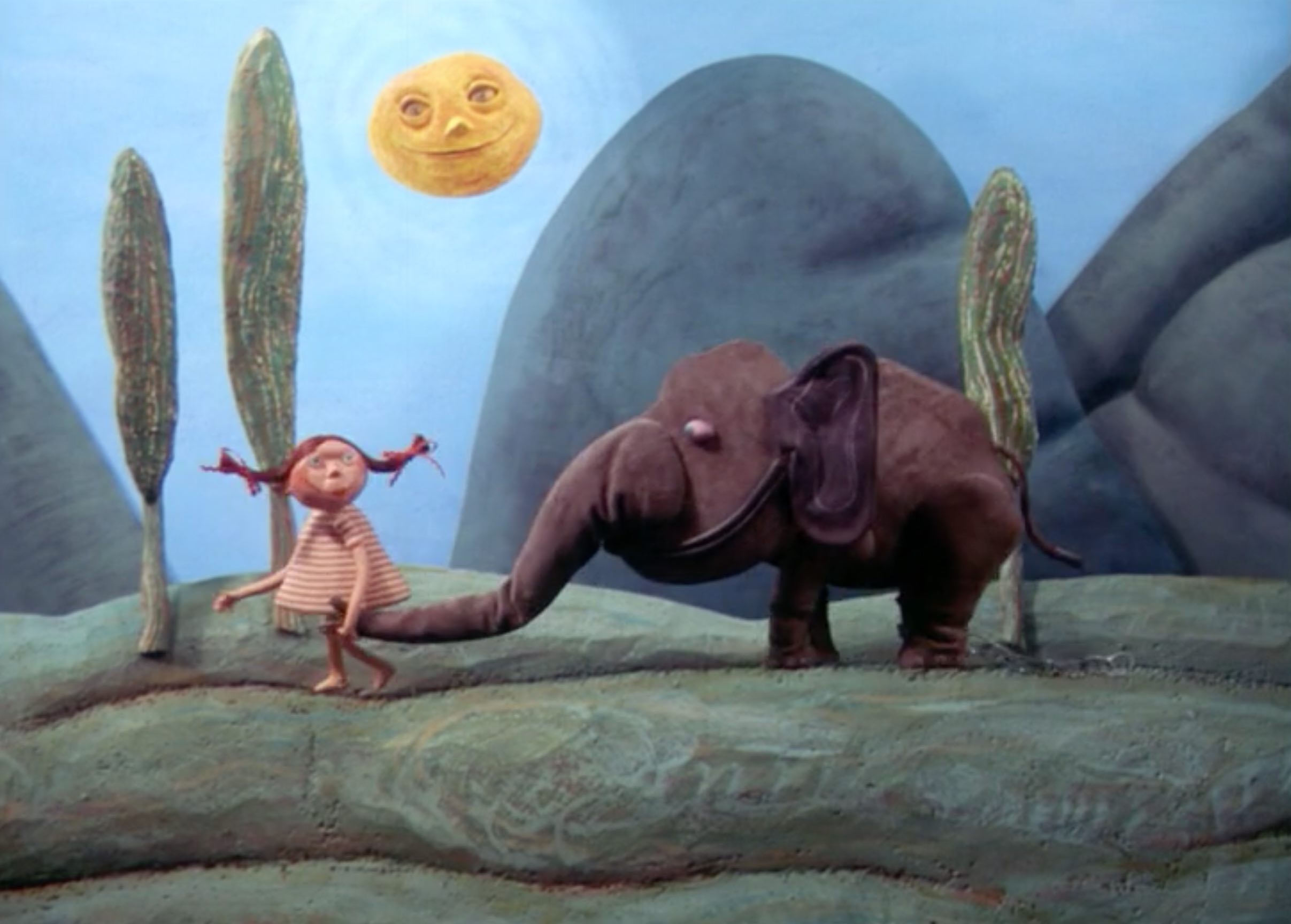 An epic adventure told through stop-motion and song, Aurel Klimt’s family-friendly film The Magic Bell (also known as The Enchanted Bell) takes its viewers on an extraordinary journey through a world populated with singing mountains and abandoned circus elephants.

Created as his graduation film from the Department of Animation at Prague’s FAMU school (where he went on to become Head of this Department in 2006), although Klimt’s film is almost 20-years-old its distinct style and timeless storytelling means it still feels accessible and stylish almost two decades after it was made.

A feel-good fantasy featuring some insane musical numbers and an exciting aesthetic that blends physical puppets and hand-drawn elements, though Klimt’s narrative has a fairytale feel there’s a real tactile feel to his filmmaking that almost makes you believe his inventive universe actually exists.

Since finishing this short in 1998, Klimt has gone on to create another couple of shorts (The Fall is also well worth checking out), create segments for feature-length anthologies Fimfárum and Fimfárum 2 and is now close to completing feature-length puppet sci-fi musical Laika.