A depressed sanitation worker's worst fears come true when a curse from a raccoon threatens to turn him into a literal garbage man.
READ REVIEW
Next Previous 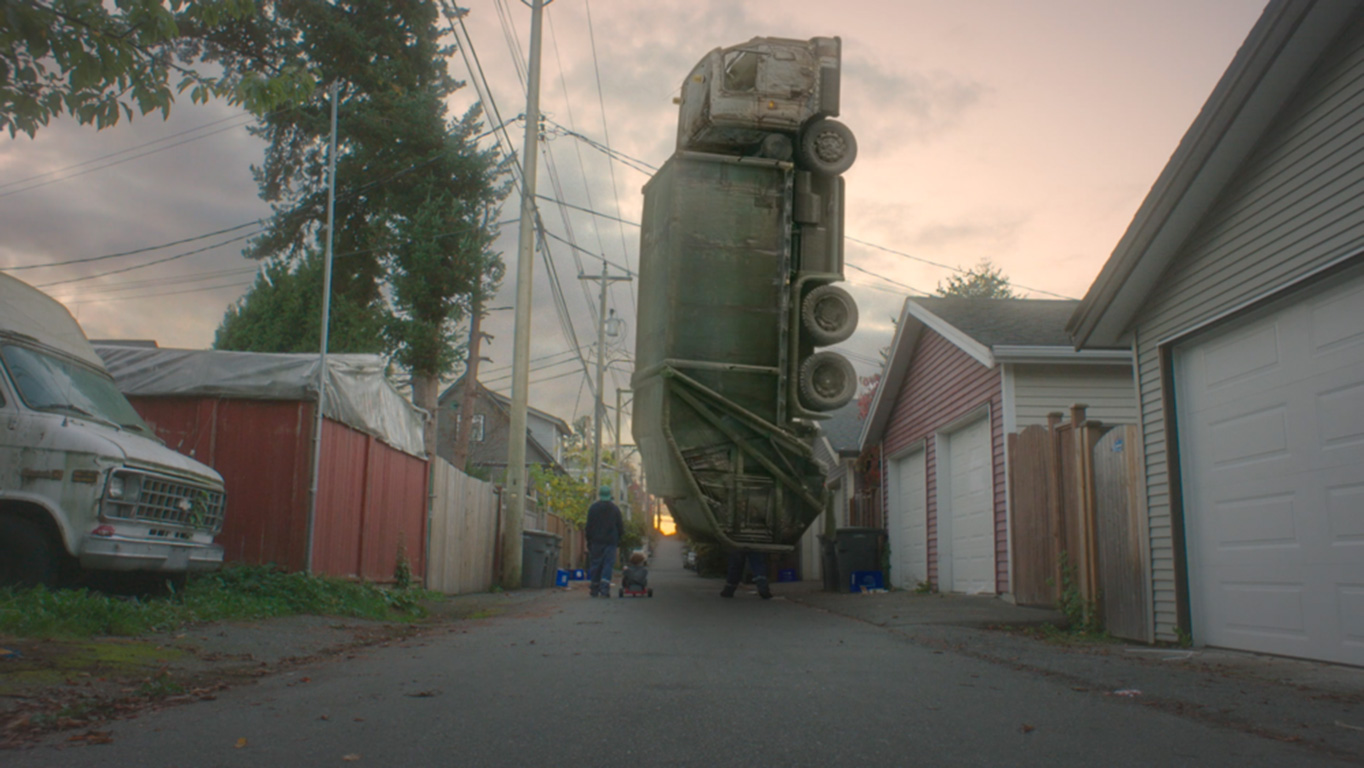 A high concept comedy laced with fantasy elements, Alan Miller’s 8-minute short Garbage Man is a charming film based around the director’s childhood obsession with his local refuse collectors. A light-hearted look at depression, filmmaker Miller centres his film around the heavy concept of a man frustrated with his place in the world, but makes it light, accessible and engaging through humour and warmth.

Admitting (in a director’s statement) that he wanted the message of his short to be open to interpretation for his audience, it does sound like the filmmaker had a very clear idea of what he wanted to achieve with this project:

“Maybe it’s about raccoons”, Miller jokes, “They’re kind of dicks. I just know that, however silly this movie might seem, it’s very close to my heart…I wanted to pay tribute in a small way to the people that keep our lives running and don’t get nearly enough credit. Many people, myself often included, feel trapped by the circumstances of their lives. The impulse behind telling this weird little story is to see what happens when you take the accumulated mental garbage that threatens to bury us all, and make it literal”.

With this short made possible because of a prize won by his previous film In Passing, Miller was keen to praise prize-givers Short Film Faceoff as their “support of short films and Canadian filmmakers brings a beacon of hope to all of us attempting to climb the trash heap of artistic aspiration”.