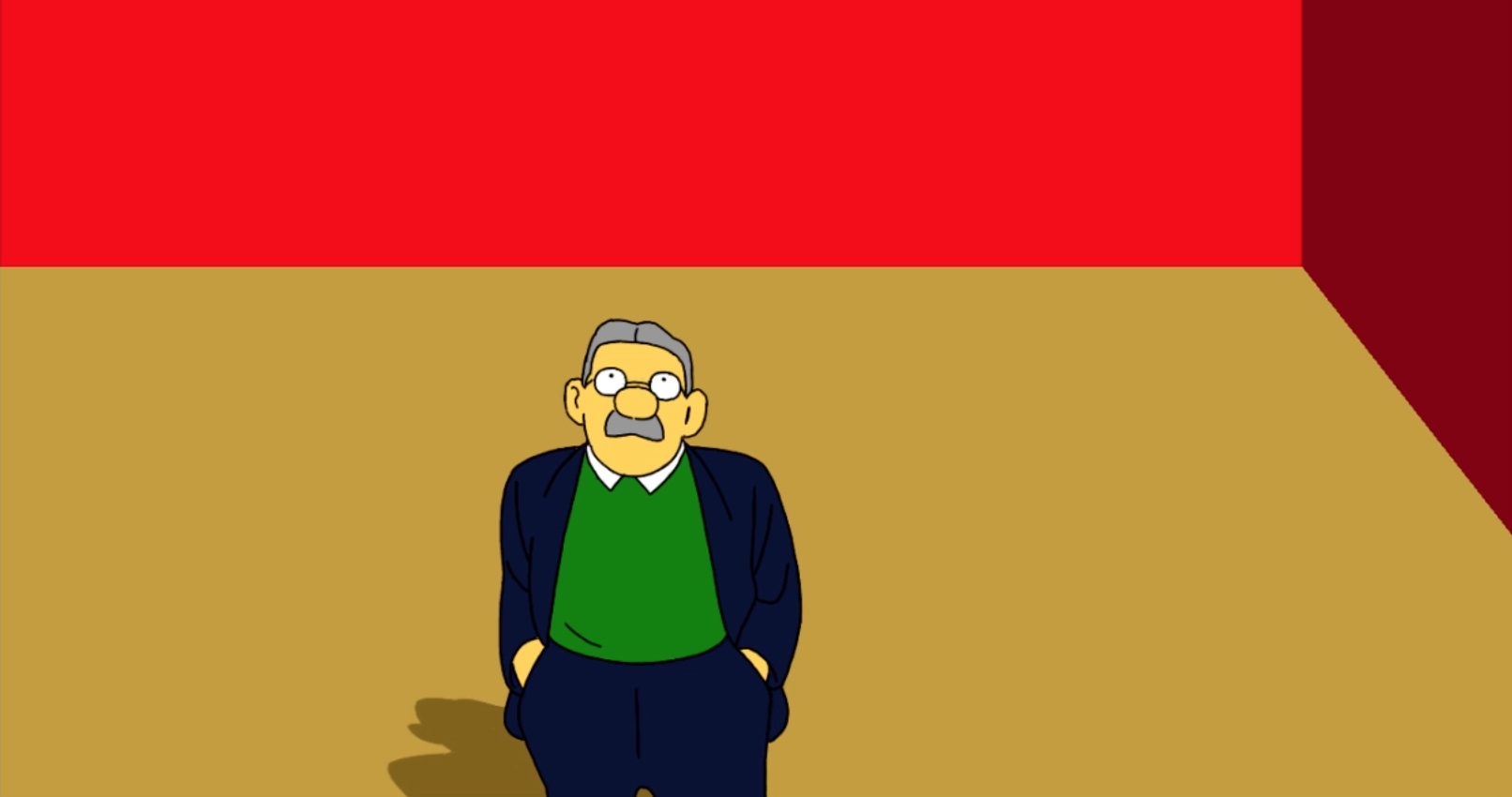 Returning to Short of the Week with his 2nd film in the space of 10-days (following FUTUR SAUVAGE), animator Jonathan Djob Nkondo once again showcases a flair for tight design and concise storytelling with snappy 2-minute animation THE LAST EXHIBITION.

A perspective-shifting tale of how a trip to an art gallery leads to an out-of-this-world experience, THE LAST EXHIBITION is another hugely stylish piece with an equally inventive plot.

At just 120-seconds in length, what impressed us most this time, and ultimately what made us want to feature another of the filmmaker’s shorts in such a brief space of time, was the incisive, packed narrative. We often rule out films for being too short (a strange thing to admit for a short film website right?) and not carrying enough weight in their story, but this just wasn’t a concern with Nkondo’s latest.

Although the time you spend in his universe is fleeting, the world he constructs on-screen is one beautifully designed, well thought-out and full of intrigue. Tackling art and extraterrestrial life in its storyline, the fact it leaves you pondering long after it finishes feels suitably fitting considering its subject matter.

Released online with companion piece THE FIRST EXHIBITION, another stylish 2-minute animation that shares similar traits with this film, Nkondo has a few more shorts he’s looking to release in the not-too-distant future.