Samantha can't find her creativity, but a Stranger reminds her why she loves music. Starring Mary Elizabeth Winstead.
READ REVIEW
Next Previous 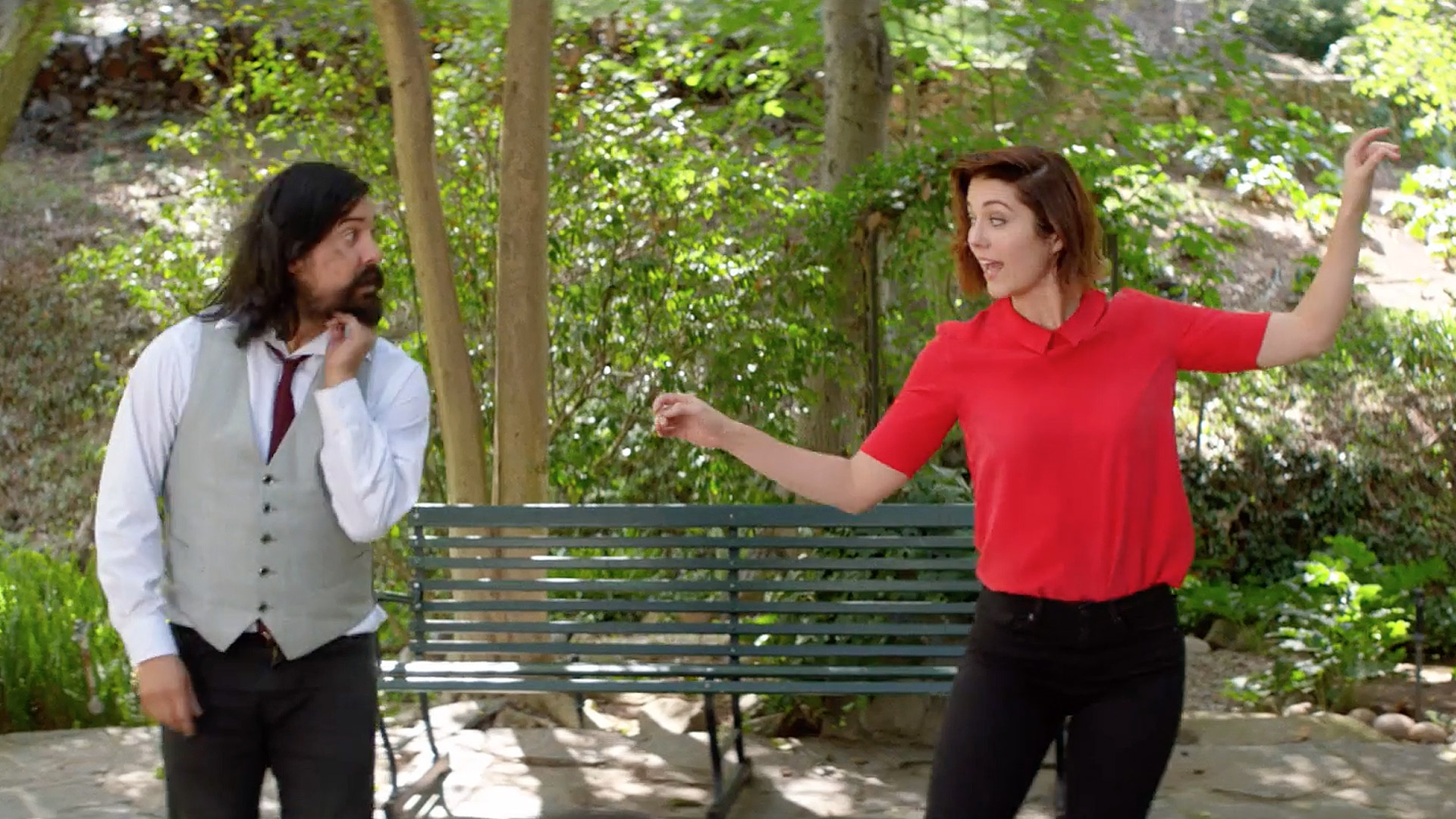 Sometimes the simplest films are the most charming. Justin Carlton’s So It Goes certainly fits that description—a delightful musical comedy about being overworked and finding your muse in the form of a stranger passed out in a bush. It’s a hard film to encapsulate solely with a brief synopsis, but, give this one I go: I guarantee that it will put a smile on your face. Through his brief little fantasy, Carlton provides a sweet moralistic lesson: that sometimes inspiration can strike in the most mundane of places. Everyone is potentially just a walk in the park away from his/her next great idea.

Starring Mary Elizabeth Winstead, the film is a fable about finding one’s creative spark—about figuring out what to do when you’ve forgotten why you started creating the first place. I’m an unabashed musical fan. And, So It Goes is a lovely example of the form. While the genre’s detractors often point out the ridiculousness of people randomly breaking out in song, I’d argue that’s what make musicals so special—this concept that the emotions the characters are feeling are so powerful that the only way they can properly convey them is through song. In the style of classic films like Singing in the Rain (and modern ones like La La Land), this film captures this conceit perfectly. As the protagonist, Samantha, meets up with the random stranger, the elation she feels can only be let out through song and choreographed dance. Although stylistically heightened, emotionally, it all manages to resonate.

Not only does the film showcase a killer cover of “Jackie Wilson Said” by Van Morrison it also features some original music written by Ryan Kattner (Honus Honus) and sung by Winstead herself. If you’re digging Kattner’s music, be sure check out this music video from his solo record (also directed by Carlton).

Believe it or not, the hardest part of getting the film made wasn’t getting Winstead to agree appear in it. Rather, it was finding a way to work around her (and the rest of the cast and crew’s) crazy schedules. Carlton originally pitched the film to Winstead back in January 2014. After a successful Kickstarter campaign and a lot of time and favors later, Carlton was finally able to complete the short.

“As the director of the short, I think my job is mostly to bring people together. My ideas and those of all the other people involved equally inform what ends up on the screen. I have a process and a way of working, but I wouldn’t say it’s set it stone or even effective. So much of my energy is spent just being present and connected with everything going on, but it was really thrilling to make this short. A musical about a musician is hardly a novel idea, but it feels fun and when they start dancing I smile. Which is about all I hope people feel.”

We think you succeeded, Justin!