A perpetual third wheel and awkward outsider, Joanna increasingly inserts herself into the relationship of her more charismatic roommate Isabel. The two women test each other’s sexual and emotional boundaries in this surreal dark comedy which won the Berlinale's coveted Silver Bear. Warning! Explicitly Sexual!
READ REVIEW
Next Previous 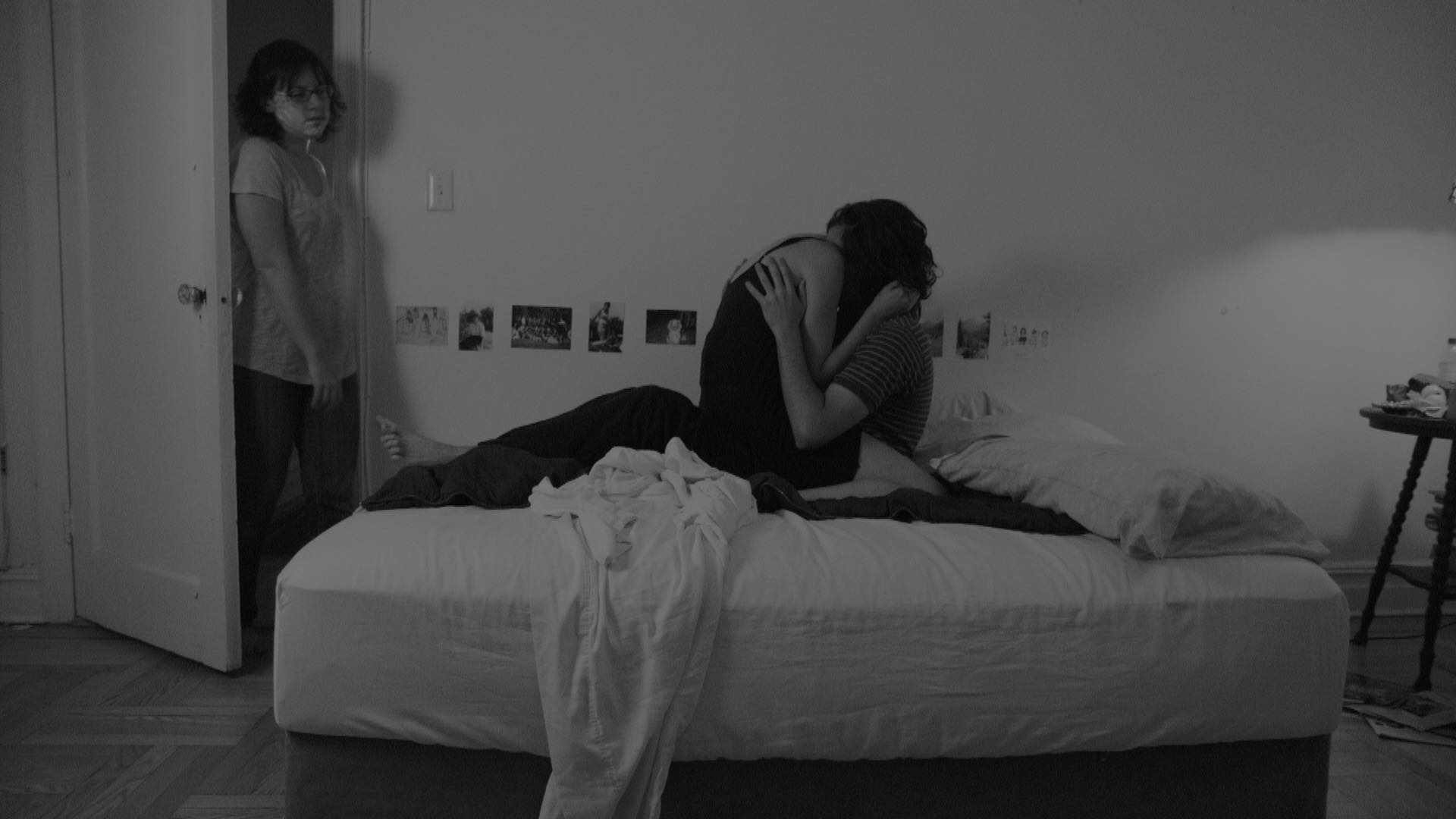 Bad at Dancing is outrageous. It is cringe-inducing. It is uncomfortably sexual, yet entirely unsexy. It is fantastically implausible, yet simultaneously and disgustingly real. Oh yeah, it’s pretty funny. Add it all up, it is a genius work that, once viewed, you might never want to watch again, and these internal contradictions and juxtapositions within a simple film largely set in one location, herald the arrival of a fascinating new storytelling voice in writer/director/actor Joanna Arnow.

Arnow stars as Joanna, a character loosely based on herself, interacting in complicated ways with her roommate Isabel (Eleanore Pienta) and Isabel’s boyfriend (Keith Poulson). Joanna is an aggressively self-pitying writer who leans on the pretty Isabel for emotional support and vicarious thrills, such as frequently entering Isabel’s room during sex. Isabel and her boyfriend humor Joanna, but as her neediness continues, tensions flare.

The sex scenes shock, but serve a purpose. The second sex scene that begins at the 4min mark perfectly illustrates the sly ways that Arnow examines Joanna’s and Isabel’s truth via the lens of absurdity. Her character manipulatively proclaims that she has “…lost my creativity, my sexuality and my sense of humor, all at exactly the same time”, after which Isabel calls out her self-absorption—not for misanthropically impinging on her roommates intimacy, but because “so many other people have it worse”. It is insight arrived at through obliviousness, destructive tendencies reinforced through enablement that are the heart of the relationship, which serves to epitomize the breakdown of communication that ironically exists between these two friends for whom traditional boundaries mean so little.

Joanna is obviously hurt—Isabel’s relationship threatens the intimate friendship, while simultaneously rubbing her nose in her own sexual frustration. Acting out in an outrageously co-dependent way is her form of stating this. The blocking of these shots is blatantly explicit, yet not particularly titillating. In the messy sense of Arnow inhabiting both the character of her own name, as well as being the writer and director, they serve to showcase Joanna’s sexual curiosity, but also, crucially, Isabel’s sense of competitiveness born out of her own insecurity—the way that her sexuality can be flaunted for this desiring audience as aspirational and worthy of jealousy.

Indeed to focus too closely on Joanna’s neuroses is to miss the point of what Arnow seeks to highlight. Writing to us she relates her thinking behind the work, “This film is a fictionalized composite inspired by several of my friendships. I am often friends with people who are more outgoing than I am, and I was interested in exploring the leader-follower dynamic – what each side got out of the friendship. I also wanted to take the idea of being a third wheel, and push that situation to the extreme in order to more fully explore it.” 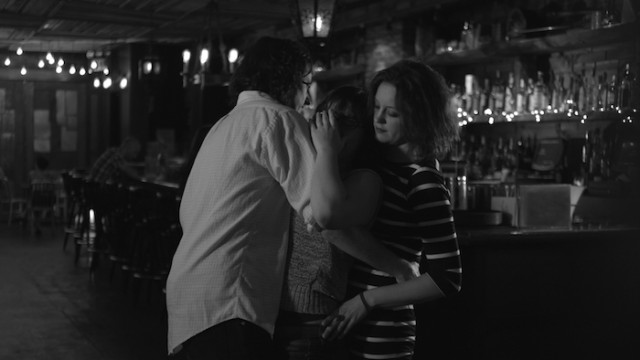 What does Isabel gain from this relationship? It is a good question, and the answer one arrives at is likely to be different depending on who you are. For me, Isabel is buoyed by a sense of superiority to Joanna, yet is also sucked into the vortex of Joanna’s self-involvement, within which Isabel can never be the star. As odd as it is to realize given Arnow’s attempts to paint herself in an unflattering light, there is a charisma to Joanna that is undeniable. Isabel wrestles with the uncomfortableness of needing Joanna for her positive self-image by play-acting altruism—being endlessly patient, and serving as Joanna’s “wingman” on nights out. Yet, being  rebuked in the bathroom by Joanna after serving up what she felt was an innocent compliment, Isabel is frustrated that her condescending efforts do not win her gratitude.

Forgive this critic his lazy comparison to a more famous piece of work, but Bad at Dancing pushes Lena Dunham’s Girls to its logical endpoint. The themes of female friendship and the messiness therein are obvious comparisons, as is the self-absorption and frank depictions of non-idealized female sexuality. But whereas the plot machinations of the long-running HBO show ended up obfuscating the central relationships, Arnow utilizes sex as a piercing entry-point to genuine insight into fluid female relationships.

Short film is increasingly explicit with its sexuality, after watching SXSW’s lineup in Austin this year I joked that the only sexual taboo in short filmmaking now is showing it as actually sexy. However to the extent that that it is a powerful driver in our lives it is not exploitive if it is used to crystalize a filmmaker’s message. Arnow with her shocking level of personal soul-baring is coming up as a vital filmmaker in this mold. Her output has largely been restricted to documentary at this point, but the same unflinching exploration of personal psychology is apparent in I Hate Myself

, her hour-long autobiographical film which is now enjoying a week long run at New York’s famous Anthology Archives theater. Today marks the debut of the film digitally on Vimeo On Demand, so if you’re taken by Arnow’s voice, I suggest you check that out next.