(No longer available for free streaming) A documentary that follows Greg and Michael as they struggle with a disease that is actively eradicating the memory of a beautiful relationship 40+ years in the making, and the love that has held them together through it all.
READ REVIEW
Next Previous 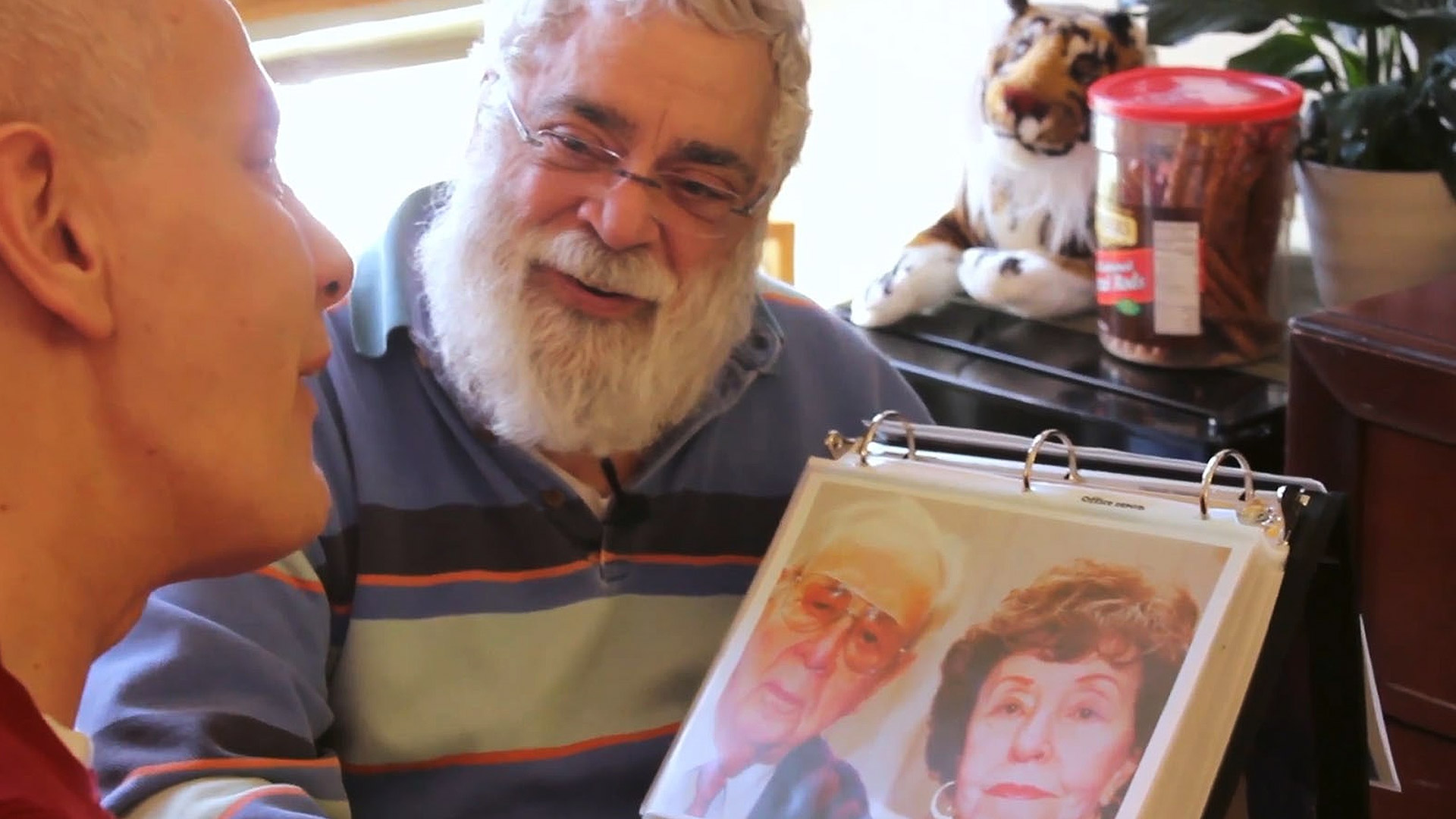 Perhaps the test of a relationship is not the first few years, but the last. After all, the final years of a relationship can be the most heartbreaking, especially if one partner is slowly losing their memory of the relationship having existed at all. Alzheimer’s: A Love Story deals with this slow erosion by interviewing Michael, the husband of a Greg (who has Alzheimer’s). Through Michael, we learn how Alzheimer’s affects the relationship between the patient and the man who loves and cares for him

The thing about diseases like Alzheimer’s or dementia is that they hurt others just as much (or even more) as the person who is diagnosed, and in a way, this film is more about Michael than Greg. We don’t hear Greg talk about his illness because he isn’t really able to anymore. So, in lieu of this, we hear from Michael, whose love for Greg is the kind you might read about in a great American novel. Though the subject matter is heavy, Michael is a warm, generous, and patient host, and his personality hits us like a spoonful of sugar in an otherwise bitter situation. He says things like ““I’m told I look a little bit like Santa Claus, especially during November and December” and describes his husband as “gorgeous.”

Later on, Michael opens his mouth to speak, and then hesitates, unsure how he can properly express the things he’s been through with Greg. Though it is a terribly heartbreaking film, it is also, in a sense, uplifting, as it shows us how a deep bond between two people can withstand immeasurable trials and tribulations—right until the very end. We see how a relationship grows deeper through its ups and downs.

Greg and Michael are family friends of co-director Gabe Schimmel, and the film was inspired by an assignment at Chapman’s Dodge College of Film and Media Arts, where the filmmakers go to school (the film was co-directed by Gabe Schimmel and Monica Petruzzelli, with assistance from Riani Singgih and Amanda Le). When the crew travelled to Chicago to document the situation, they found that their story was not entirely about Alzheimer’s.

“Once we arrived in Chicago and started filming…it was about doing justice to the remarkable, unshakable love that these two men shared during their time together on this planet,” writes Schimmel in a director’s statement.

The end result is a heartfelt, well-edited piece that reminds us that many of the best documentaries are a result of risk and unpredictability, and it doesn’t take a million dollar’s worth of camera rentals to create something true and impactful. What this film lacks in visual polish, it makes up for in its emotional impact.

“Alzheimer’s will accept anybody and everybody, no matter what. Male, female, young, old, gay, straight. Alzheimer’s doesn’t discriminate.”

Towards the end of the film, the above sentiment is expressed in home video footage of Greg’s virtuosic piano skills, which are then juxtaposed with a sicker Greg, listening to music with headphones on and crying. It gives us a dynamic portrait of Alzheimer’s that couldn’t have been verbalized in an interview, and though I wish we could could have seen Greg and Michael in their prime, I’m glad I was able to meet them in this way. It proves that some relationships are damn-near indestructible.

(editor: The full short is now a Seed & Spark exclusive)