In a fancy restaurant, Ben plans to propose to his long time girlfriend, Laura, only to find out that his ring was mistakenly sent to the wrong table.
READ REVIEW
Next Previous 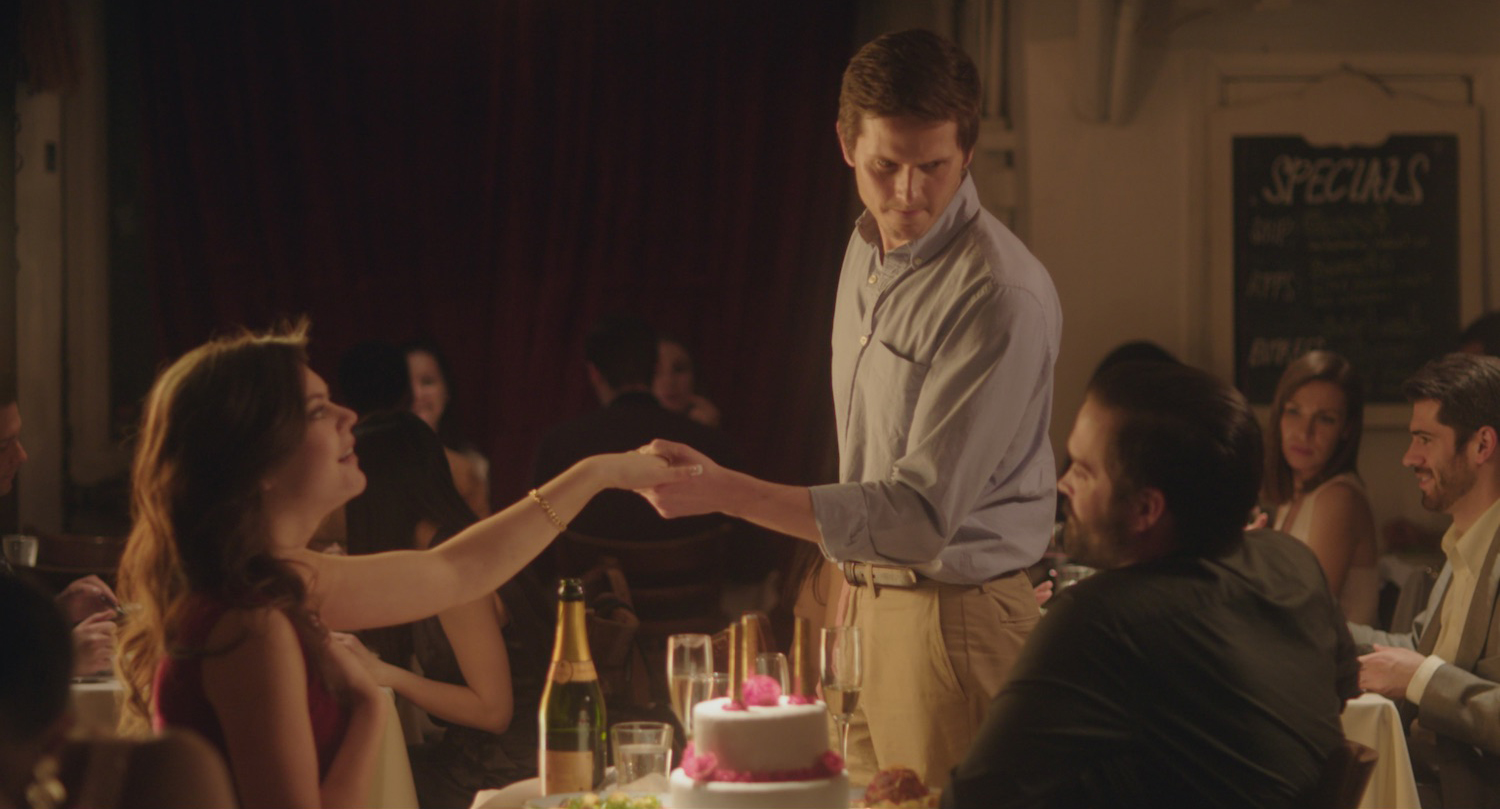 It’s a rarity when a film can make you see red with rage, but also make you laugh out loud and filmmaker Daniel Sorochkin has done just that with his latest romantic comedy. A play on the implications of “Check please!” and true to its title, Sorochkin’s film is sure to cause you to want to hurry out of the restaurant – especially after the debacle that ensues. This worst case scenario comedy follows a botched marriage proposal wherein Ben plans to propose to his long time girlfriend, Laura, only to find out that his ring was mistakenly sent to the wrong table – and he can’t get it back.

Sorochkin’s ability to capitalize on an escalation of bad interactions allows not only for the tension to build within the story but also for each comedic moment to land just right. The absurdity with which he’s created his antagonist forces his good natured lead to leave his comfort zone, which makes for compelling character development and strong conflict. So while the characters themselves play to simpler stereotypes, Sorochkin makes it easy for his audience to discern who to root for and for effortless emotional manipulation.

When Ben confronts the sleazy restaurant owner’s brother in the bathroom and gets a “Chill out. I told you, i’ll give it back tomorrow. Thanks.” – How can you not want to punch the guy in the face?! Imagining just how much planning and anxiety goes into a perfect marriage proposal, the last thing you’d want as the future groom is to have your ring end up at the wrong dinner table, let alone for some scumbag to not return it. And it’s these feelings that are exactly what Sorochkin was banking on. But the moral dilemma that Ben must face adds yet another layer of dimension as potentially two women could get their hearts broken. In attempting to make things right, will he lose his bride-to-be in the process?

“I like telling stories about character who need to stand up for themselves, and I was interested in telling a story contained to one location,” Sorochkin tells Short of the Week. Shot in the course of three, ten-hour days conveniently inside a restaurant only open for dinner, they had to set up and wrap up everything each day so that the restaurant could open in time.

With unsavory characters that beg to be punished, you won’t be disappointed by the outcome… or will you? You’ll just have to watch the short to find out!

Sorochkin recently wrapped a comedic TV pilot called Shady Pines about a crazy nursing home and also a short dramatic mystery called Lola and Dallas about a duo on the run. He is currently writing his debut feature called A Grain of Sand and we look forward to seeing more work by him!