Annie reveals a dark secret after a glass of wine. A startlingly intimate conversation ensues.
READ REVIEW
Next Previous 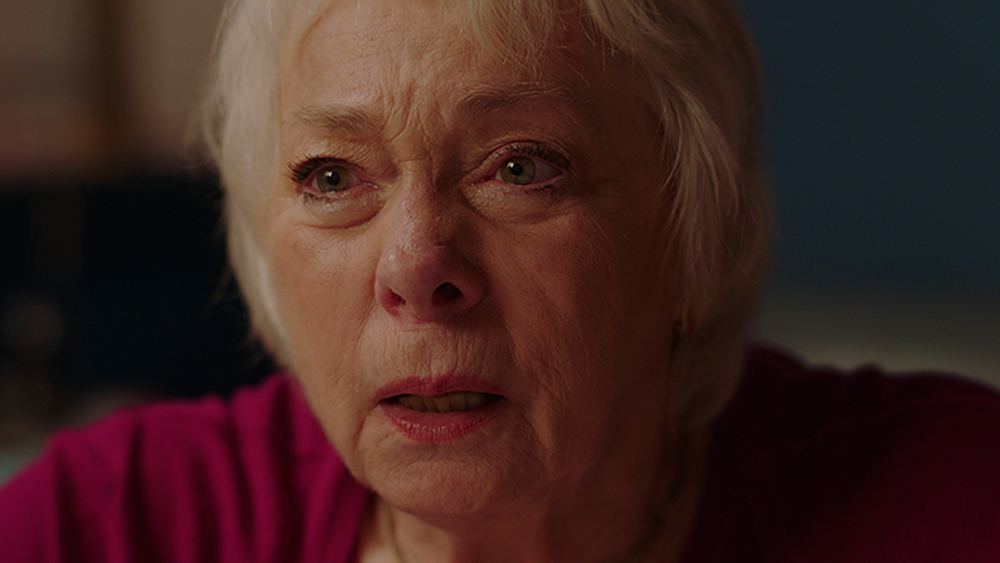 We live in a visual world in which we rely on photos, videos, and illustrations to tell us stories or convey meaning, and people often underestimate the power of verbal storytelling because of it. Given the amount of mediums available, it’s really no surprise that filmmakers may lean toward elaborate ways to construct their scenes, forgetting that they don’t need flashy visual effects to hold their audience’s attention. But as Sam Benenati’s short film Emily proves, a great story doesn’t need a powerful image if it engages the imagination.

Emily is a standout for its one shot, single performance storytelling. As Annie drinks a glass of wine, she sits before us to tell a heartbreaking tale of what it was like to be in love with a man diagnosed with Parkinson’s who has fallen in love with the hallucination of another woman while at the peak of his disease. In her space and her world, Annie’s face takes up most of the frame before our eyes, allowing us to see a complete spectrum of emotions that no other angle would allow. Performed by Jenny O’Hara, in a bravura performance, you will be captivated by a woman who has completely lost herself in memory as she reveals a human capacity for resentment, love, and forgiveness.

This is Benenati’s second film to be featured on the site, coming after his poetic ballad to youth, Tyler, and Sam revealed to Short of the Week that Annie’s tale was inspired by a very personal experience, telling us “I had dinner with my mom one night earlier last year. After a couple glasses of wine she started talking about my grandpa who passed away several years prior. He had Parkinson’s and would see people all around the house. I watched her relive that experience. I felt like I was there. In that house. I thought it would be interesting to capture that same feeling on film.“

In execution, Emily plays like a long monologue, feeling like a one-act play told entirely in a “stage aside”. The audience is never allowed to truly connect with the speaker for lack of dialogue, so like Benenati, we are stuck on one side of the table as a listener which is both compelling and magical.

Benenati is currently working on his debut feature film and looking to shoot another short next month. We can only imagine what kind of tales he’ll portray on screen next and how intimate those films will also feel.