What does it take for an idle thought to become a brilliant idea? Insane animation craft in this adorable stop-motion short film.
READ REVIEW
Next Previous 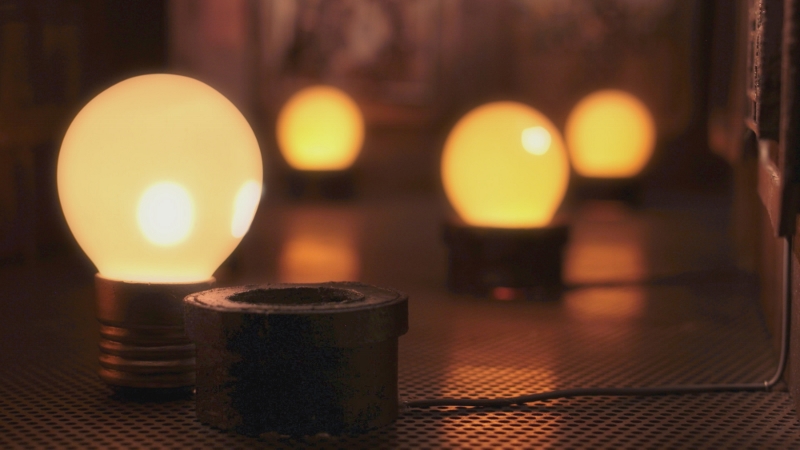 Expect to be enchanted by Rhiannon Evans’ heartwarming, family- friendly Fulfilament, an 8 minute short, which has set the festival circuit alight. Dialogue-free, the stop-motion animation features puppets which are outrageously alive, and through masterful sound design which helps in adding comedy and character, this delightful story is pure magic.

Fulfilament is about a little, lost thought fighting its way to discover what it takes to become a brilliant idea. It’s set in an intricately constructed interpretation of a brain, bristling with dark tunnels, hidden pitfalls and inhabited by bright, busy creatures, working hard to make the brain function. The concept was born when Evans was trying to come up with an idea for a new film,”I imagined it trying different areas of my brain, bouncing from place to place but not glowing very brightly. As a stop motion animator the thought automatically took the form of a light bulb”, she explains.

A key appeal of stop-motion work for us is attention to its craft, and Evan’s does not skimp on detail. The production lasted a staggering 15 months with almost all the effects achieved in camera. The tiny, illuminated light bulbs were made of hand blown, sandblasted glass, and were all wired to mains electricity. Evans’ imagination and painstaking attention to detail have helped her create a fantastical world which is also surprisingly believable—a magical illusion best accomplished through stop-motion.

While the look and detail of the short provide immediate connection, without dialogue, the film is strongly reliant on its music and SFX to carry the story. Fortunately they do not disappoint! The creatures’ personality-infused whistles and squeaks are executed seamlessly by sound designer Matis Rei, and their variation is effective in establishing character and conveying tone. Combined with composer Filip Sijanec’s quirky score, the main character’s range of emotion is unusually well articulated from start to finish.

Rhiannon Evans’ work leading up to, and including Fulfilament shines with simplicity and warmth. We first saw these qualities in her graduation film Heartstrings in 2009, a Vimeo Staff Pick, which seriously tugged at the viewers’ (ahem) heartstrings, and now we are seeing it again here. Stripping away the visuals and sound design, we are left with a disarmingly sweet narrative. It delivers great storytelling with an earnest touch, and as such is a wonderful gift to audiences young, old, and everyone in between.