A father attempts to figure out the best way to protect his son from the lurid excesses of their crime-ridden city.
READ REVIEW
Next Previous 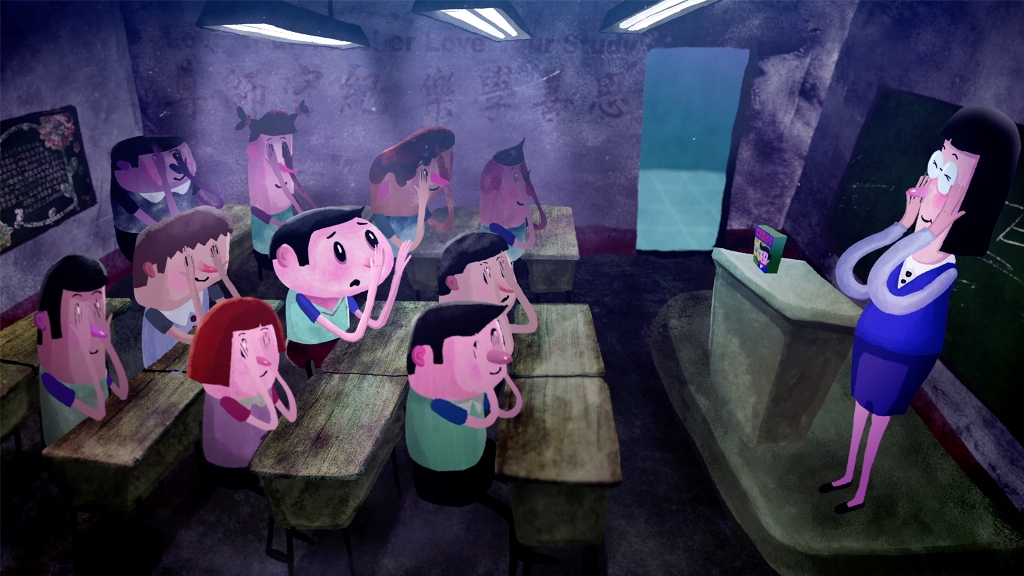 The core of today’s film is the potentially harmful impact of over-protectionism. Within the current political scene there is scope to take Pokey Pokey and try to force a partisan message onto it, however the film prevents such a hijacking, by focusing on the plight of one parent, and really nailing a struggle that many viewers will relate to.

“Is it really about protecting children’s innocence? Or is it about the fear of children growing up?”

Set within a garish and grotesque world of all types of excesses, this human focal point ensures the film stays grounded and emotionally resonates – particularly for the parents among the audience. Indeed, it does it so well that I contacted creator Jake Zhang to ask if he is a parent (he is), because there is a lot that is recognizable in this world – even if the visual is filled with colorful cartoonish decadence.

The desire to protect one’s child is strong, but at the same time as parents we know that totally shielding them from the real world is unrealistic, and will limit their ability to deal with it in the long run. As Jake told me “is it really about protecting children’s innocence? Or is it about the fear of children growing up?“

The film plays with that conflict in clever ways. The message of ‘protect’ is delivered in wholesome (but menacing) advertising, and in educational techniques based on denial. Those who grew up with the “Just say No”, or sexual education focused on abstinence, will know this nannying approach. Even the title Pokey Pokey is a sort of baby-talk that deliberately downplays the harmful nature of the titular product.

This wholesome yet naïve message from those in charge contrasts well with the beautifully ugly animation of the real world. Influenced by authoritative and oppressive sci-fi’s, and the twisted pessimism of German expressionism, the city within Pokey Pokey feels comically extreme, but yet disturbingly familiar.

Parents will likely take the most from the film, but there is plenty here for a mass audience within its cleverly layered and emotionally grounded world.