After losing her job, her apartment, and her friends, twenty-nine year old Jessie moves back in with her mom, Lisa—the only thing is, Lisa doesn’t know she’s there.
READ REVIEW
Next Previous 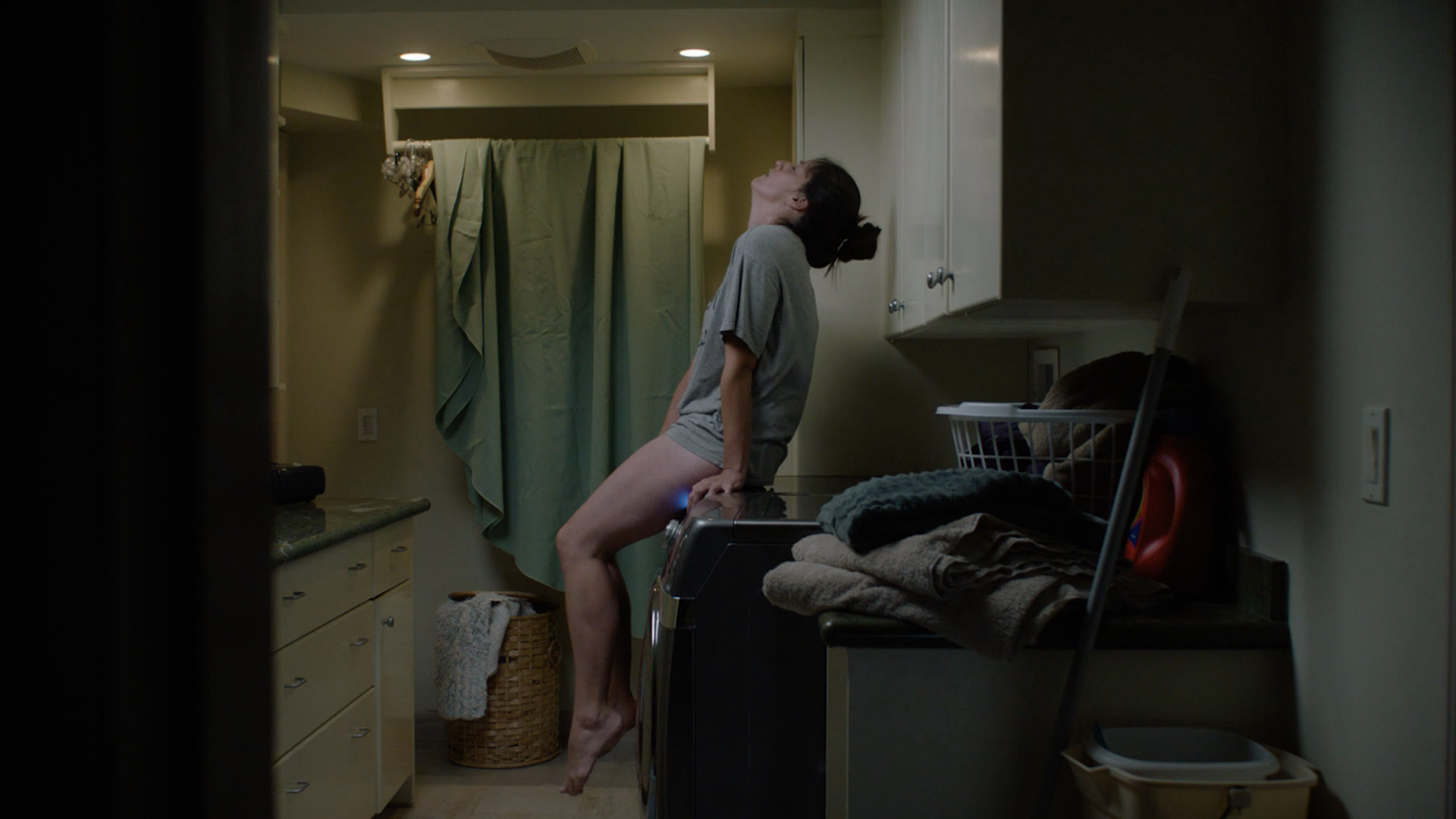 “Millennial moves back in with parents.” Sound familiar? In a world where the job market is evolving and traditional, good-paying jobs for college graduates are disappearing in favor of unpaid internships or a constant fight for opportunities in the “gig economy,” it’s an all too common refrain, something that has been analyzed and think-pieced ad nauseam. In that sense, writer/director Jake Fallon’s Homebody feels like a film that is very much a product of “now”—it synthesizes the economic and emotional implications of being a well-educated, twenty-something who has no idea what to do with his/her life (while also being unable to afford rent) into a well crafted, short cinematic experience.

Homebody focuses on Jessie a (you guessed it) millennial who moves back in with her mom. The only problem? Her mom has no idea she’s there. It’s a high concept premise to be sure. But, thankfully, Fallon’s film isn’t a zany comedy full of hijinks. Rather, it’s subtly comic character piece about a young woman who is coming to terms with the unknown. I mean, at 30, shouldn’t we finally have things figured out by now? When do we actually start feeling like an adult? Homebody takes that relatable sentiment and gives it a subtle narrative arc. It’s dark, it’s funny, and as the opening scene indicates, it’s even a bit blue. Too many indie films are about a young person struggling to find purpose in the mundanity of everyday life (I blame Garden State for starting this trend). While Homebody might not be reinventing the wheel, it’s interpretation of these feelings is unquestionably of this particular epoch, and in effect, the emotional beats sting more deeply.

“This film isn’t about success; it’s about our relationship with failure and the support we need to rebound from it.”

The material feels so honest because it’s steeped in director Jake Fallon’s personal feelings of listlessness and lack of satisfaction—something made even worse by the constant blog posts and Fox News reports shouting about how lazy and entitled us millenials are.

He writes: “I read countless articles that told me my generation was lazy and entitled when really I think that we’re just harder on ourselves than anyone who’s come before. We expect immediacy, but when we don’t get it we look at ourselves as failures. We see the successes of others and, rather than congratulate, we scold ourselves for not achieving at the same rate. When I struggled, all I wanted to do was go back to my parents’ house and let them coddle me until I felt ready to go back out in to the world. But even more than that, I was embarrassed and didn’t want any of my friends to know what I was going through. In Homebody, Jessie does exactly that. This film isn’t about success; it’s about our relationship with failure and the support we need to rebound from it.”

Fallon is hoping to parlay Homebody into a feature film; the script should be complete in a few months. He’s also putting the finishing touches on a new draft of his Spec script Evergreen—a dystopian science fiction feature film that placed in the top five of the 2015 Final Big Break Competition (definitely a big deal in the screenwriting world). We hope both projects materialize soon!