A crowd gathers until the early morning at a London pub to watch the US presidential election. As dawn breaks, tensions escalate and things take a turn for the worse.
READ REVIEW
Next Previous 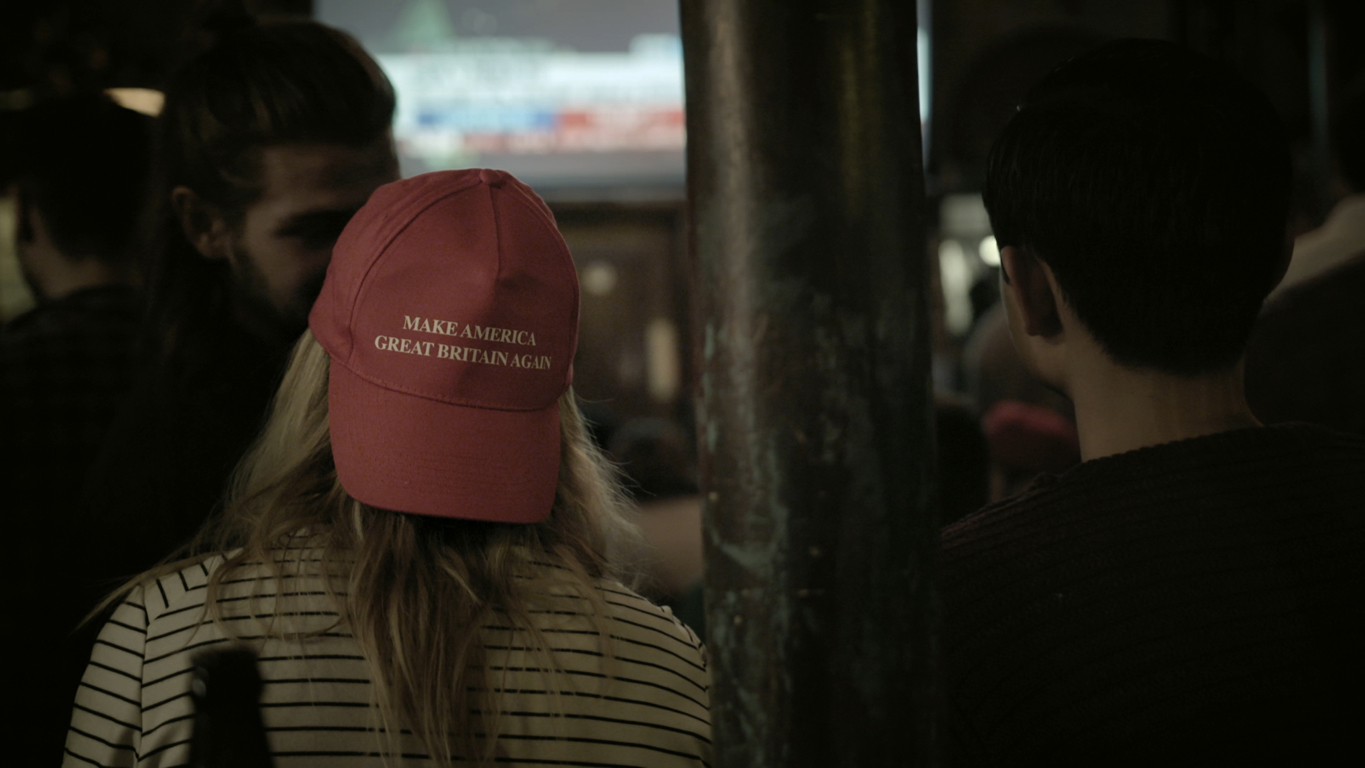 Most of us will forever remember where we were on the fateful evening of November 8th, 2016. People much smarter than me have written about the immediate consequences of the 2016 U.S. presidential election’s unexpected outcome, as well how it might influence not only the United States but the whole world in the future. As influencers in a field that takes up only a tiny portion of that world, it remains to be seen what part filmmakers, and, as a consequence, we as critics, will play in the age of Trump. The reaction of filmmaking to a Trump era will be as interesting to observe as it is inevitable, keeping in mind the inherent political nature of art and its examination. As such, the night of the election itself will always be a snapshot in time.

The political nature and subtext of Ryan Scafuro’s Election Night is hard to deny, but the reason the film will ultimately stay relevant in the coming years can be found in the director’s personal approach. “I am sure there are going to be many important films made that explore the why, how, and political ramifications of this election. This is not meant to be one of them. This film is a snapshot of one place, one evening, and the participants of a shared experience,” he says. Scafuro captures a viewing party in an North London pub on the evening of the U.S, presidential election, and despite his interviews with guests and bartenders, the director remains a spectator as the ongoing events unfold through short vignettes of impressions from the event and accompanying TV coverage.

Election Night avoids agit-prop, and by doing so, it stands as one of the most objective takes on that election night that I’ve seen so far. Although most of his interview subjects were pro-Hillary, the film doesn’t appear to take sides or manipulate the viewer with pathos. Trump-supporters are not villainized and have their fair share of screen time. The emotional weight of the film mainly arises from the desperate reactions of the pub’s crowd. The conflict between supporters of the two opposing parties erupts in a very British way, in the form of an old pub tradition: a bar fight.

As an American filmmaker who moved to London just a few weeks before the Brexit vote in the U.K., Scafuro saw the repercussions after that night all around him. “Everyone seemed to be walking around London in a daze. There was a weight to this thing that had just happened that was so incredibly tangible, even to an American who had just moved here,” he remembers. With the U.S. presidential election he “knew this would be another historic vote regardless of the outcome, and this time I wanted to film it, in whatever capacity I could. I embraced that uncertainty and approached the shoot ready to roll with whatever happened. I knew that I wanted to get a British perspective of the campaign, and there was inevitably going to be a subtext of the Brexit vote. As the night wore on and results started to come in, moments began to fall into place and the evening began to find its own focus.”

Scafuro’s preference for objectivity is somewhat of a surprise considering his professional background. As a director of photography, Ryan Scafuro honed his skills on The Daily Show with Jon Stewart, and now works for Samantha Bee’s late night show Full Frontal, and neither of these employers are known for their moderate political commentary. While TV has long been his day job, Scafuro has established ties to indie film too, having premiered his past two films American Renaissance and Bending Steel at the Tribeca Film Festival. He is currently directing his first feature film, Caravan, which he describes as a post-industrial tale about a traveling anarchist theater company.

As Election Night winds down, its concluding shot might be the most haunting: the rainy streets of London post-outcome, epitomizing the distraught felt in the U.S. and all over the world. The political landscape isn’t the same as it was before, but back then its true scale could only have been predicted. A collective hangover, waiting to set in.