Losing weight and getting fit has never been easier! Shed those unwanted pounds with these simple tricks your gym doesn't want you to know about. You won't believe what happens next!
READ REVIEW
Next Previous 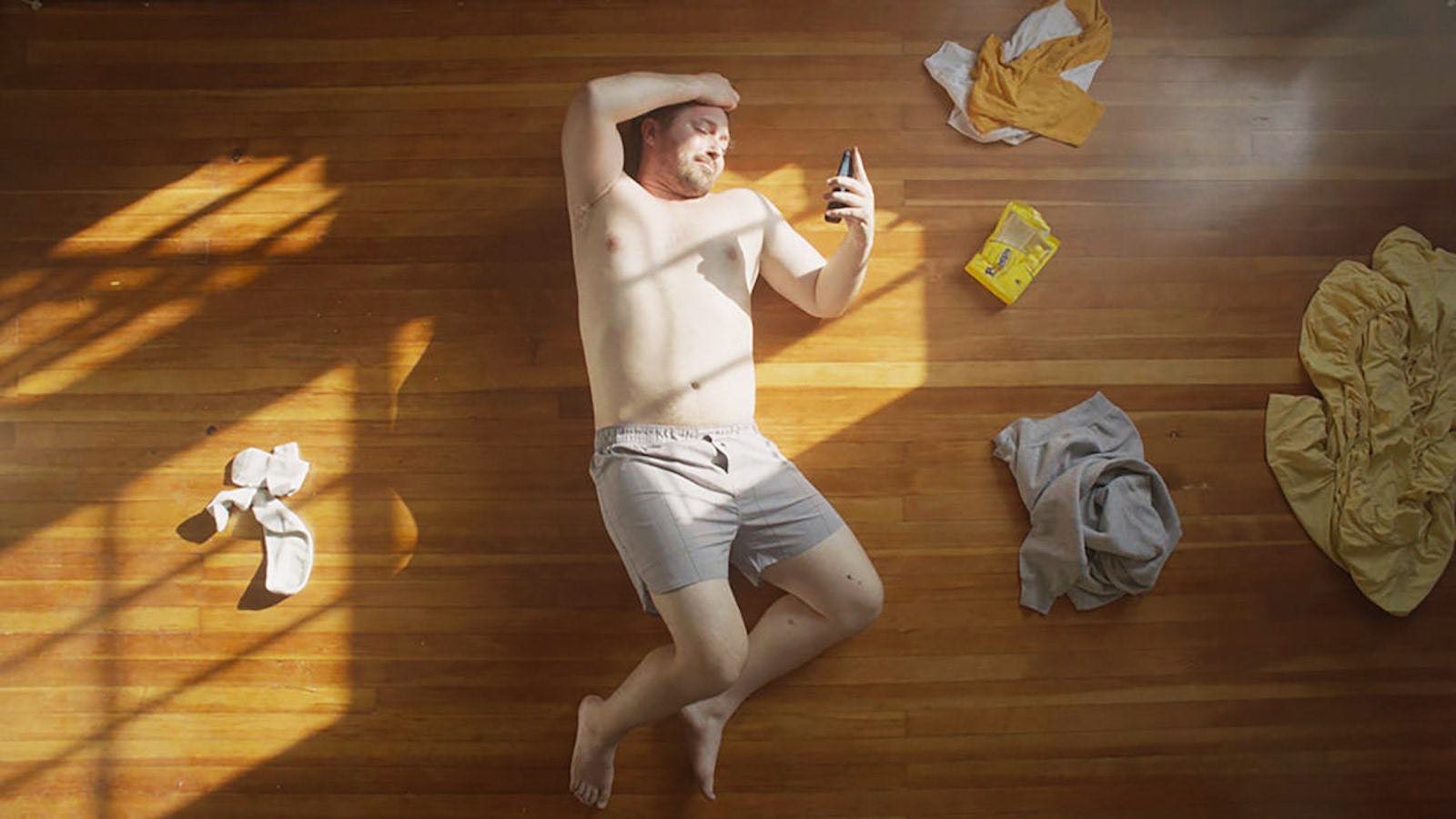 New year, new you, right? How to Lose Weight in Four Easy Steps almost begs to be watched during this back-to-the-gym season, when the year’s resolutions are still fresh in our minds. Per its click-bait title, this story of a heartbroken mattress salesman who pulls himself out of a rut by lifting weights does offer a smattering of timeworn weight loss tips (portion control! avoid carbs!), along with the far more substantial reminder that loss and grief can make us stronger.

A year and a half ago, director Ben Berman (Comedy Bang! Bang!) joined a gym, and a friend named Phil sent him an essay titled “How to Lose Weight in 4 Easy Steps”. Halfway through his first read, he started wondering what it would look like as a short film. He connected with its author, Aaron Bleyaert, and together they created a short that found its way to Sundance and ultimately made a big splash on the Internet.

With adaptation comes the fear that something will be lost in translation, but Berman manages to translate Bleyaert’s words to the screen in a way that expands upon the strengths of the original rather than mimicking it. An important addition is Beck Bennett, whose turn as the main character is a low-key revelation. Bennett lost thirty pounds in the months between June and September 2015, when the film was shot for two days each. (No small feat when there’s no Oscar involved.) But Bennett’s knack for drama might be more surprising than his weight loss. His performance showcases a deep range that hasn’t really been fully utilized on SNL; here’s hoping that Bennett will graduate to meatier roles in the not-so-distant future, like many other SNL cast members before him.

Though the film has been out for over a year, I find myself revisiting it often, especially in times where I feel stifled and hopeless. Its message reaches farther than the title would suggest: if you make an effort to get better at something, that something will get easier. If you don’t put in the work, that something will always be hard. In order to build yourself up, you must first break yourself down while never forgetting that you are, as Bennett’s internal dialogue chants, “a piece of shit.”

If you’re curious about how the film came to be, here’s a Q & A with Ben Berman

What’s the story behind the creation of this film?

About year and a half ago, I joined a gym and my friend Phil sent me an article about losing weight. I started reading it in a very sincere fashion. It was the Aaron Bleyaert blog post/short story titled “How To Lose Weight in 4 Easy Steps”. I was taken by it – I found it very clever and touching. It had such a strong, funny, and an ultimately emotional misdirect which really helped to hook me. It resonated big time. Halfway through reading it, I was already thinking, “This could make a really interesting short film.” It’s kind of already edited for us; every new sentence is a new shot.

I reached out to Aaron, with the help of actor/pal Ben Schwartz who’s friends with him. Aaron and I met and talked about making the short and he explained that it was a true story. That made me even more interested and invested knowing it came from a real honest place. We committed to making the short together. So I went to Daniel Kellison at Jash and asked for his support and a bit of money to shoot the project and Jash was awesome to want to make it with us. We’re grateful. Then we got connected with the WONDERFUL and TALENTED Beck Bennett, and he came on board! Really totally wonderful how it came together like that!

I was mainly looking to make a meaningful project out of the great material Aaron wrote. Not necessarily with the goal of it being a ‘calling card’ or whatever, like other shorts might be for people – I just wanted to make some art. Or what people call ‘web content’. Maybe some projects can be both ‘web content’ AND ‘art’. I think that’s what we made actually.

But also the goal and the prize was collaborating with Aaron and Beck and Jessy Hodges and Britt Lower and all my friends on the crew! That’s the prize right there – meeting all those truly amazing and deeply talented people and developing real relationships with them; friendships and creative collaborations that will hopefully continue into other cool projects. And I sell them all weed too. I hook ‘em up nice.

How did you get connected with Beck Bennett?

How did BB get connected with BB? The rad Mickey Meyer over at Jash knew Beck and that was wonderful. Also agents and Hollywood helped make it happen, which we appreciate. There was nobody better than Beck for this project. He balances the emotion and the comedy perfectly. That’s so important for 4 Easy Steps. He’s the Sandman (Adam Sandler) of our time.

Is the dramatic weight loss that Bennett experiences throughout the film real, fake, or exaggerated but still kind of real?

That shit is real, son. In my first conversation with Beck, he suggested that he lose the weight during production. That idea was something we were going to introduce eventually, but it’s a huge ask for a seven-minute video right? We added a little pad to his stomach area during the first block of production but I believe overall he lost 30lbs in 2.5 months or so.

What was the shoot like? Did you shoot it all at once, or did the shoot take place whenever everyone’s schedule aligned?

Yes – we like to say that we shot the film BOYHOOD style, over time. However we shot in only two different blocks of productions. So, we shot two days in June and then two days in late September, after Beck had lost the weight. And holy shit did that man commit. Very impressive and we were and still are very grateful that he wanted to do that (and did it amazingly!).

Do you even lift?

Fuck you dude! Does this answer your question? 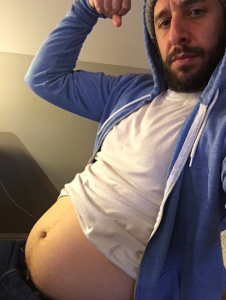 Do you have any plans to make more shorts in the future?

I love making projects that can speak to people, or at least entertain them while also articulating some weird or tough truths that they can relate to. Regardless of length or medium, I think that’s what it boils down to. I aim to make shorts, features, TV shows – anything I possibly can. To me it comes down to character and story and reliability. Also I really like subverting expectations and balancing drama/comedy and playing with tone. So if you got something like that, please reach out.

Aaron and I are developing a TV show with some similar elements and philosophies to 4 Easy Steps. But it’s much bigger, yet more refined. It’s going quite well so far and we’re very excited and hope we can share with you soon. I’ve got a feature I’m working on as well that is very near and dear to me. I’m also filming a documentary about a magician/comedian who was diagnosed with a terminal disease and given 2 years to live, but against his doctor’s prognosis, doesn’t appear to be dying. So what would you do if you were told you had a year to live? Smoke some meth? Perform magic? Maybe both. Other than that, I’m just trying to get this weight off.