A filmmaker wants recreate a novelty portrait of him and his father from when he was young—this time wearing a dress.
READ REVIEW
Next Previous 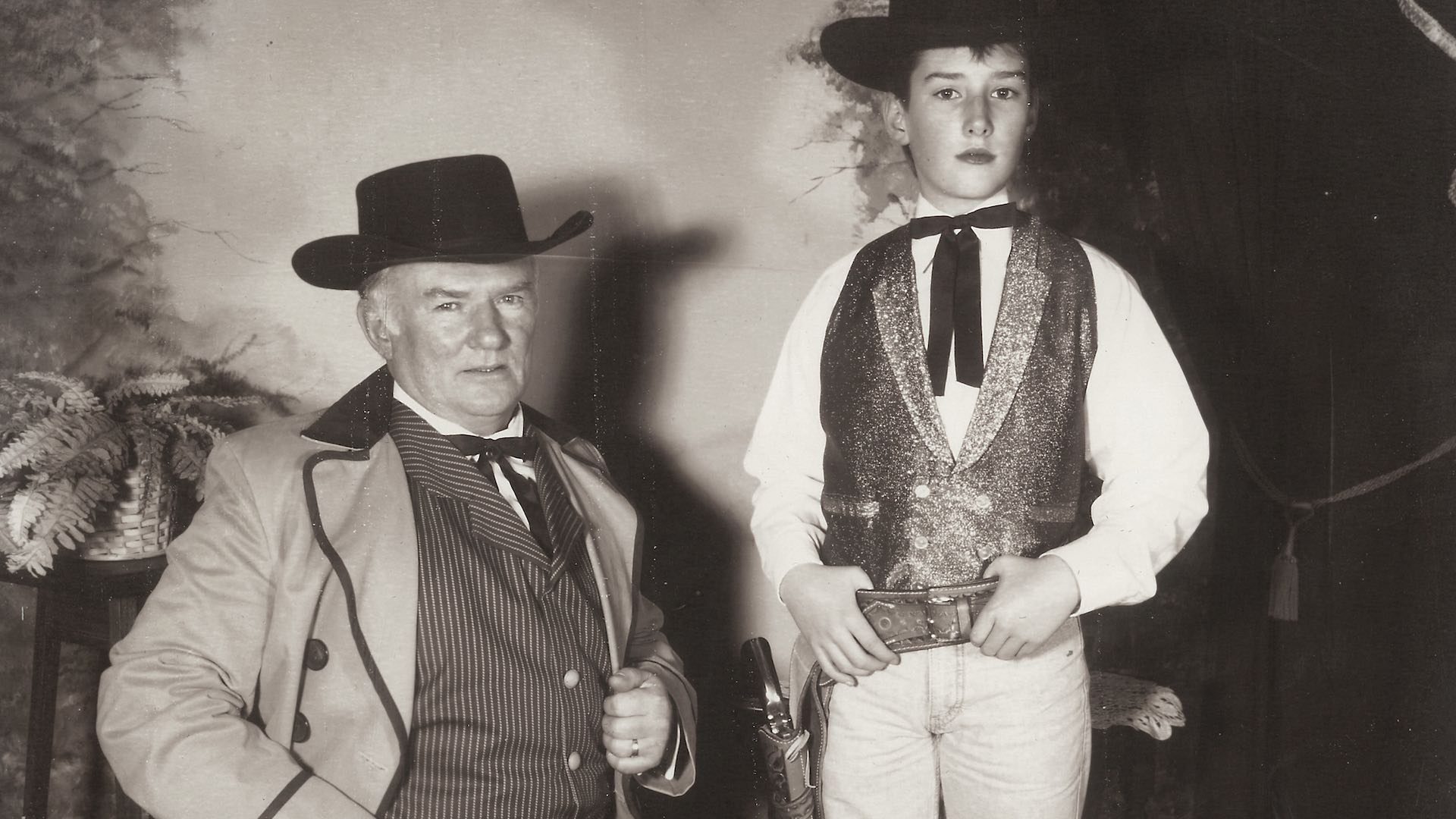 A prolific and celebrated filmmaker with 10 short films to his resumé, Trevor Anderson is the pride of Edmonton, and one of the most notable short filmmakers in Canada.  The Little Deputy is his most recent completed short, and it is of a piece with much of his output in the ways it blends the autobiographical with the farcical and fantastic. Anderson has a knack for telling non-fiction stories with an LGBT bent that are personal, yet proudly performative in their presentation.

Built via faux-archival footage, elaborate recreations, and telling a story that spans decades, The Little Deputy is a fascinating dive into family, memory, and identity. In it, Anderson recalls a seminal moment from his childhood, a trip to the mall with his father, where the pair took a novelty portrait together. That portrait hung in the filmmaker’s room throughout his childhood, but he always knew something was wrong with it. Decades later he decides to fix that.

It feels like a thin setup for a piece, but Anderson has a knack for finding moving stories in unexpected places. We encountered The Little Deputy first at Sundance 2015, and the filmmaker’s first trip to that festival was in 2011 for, of all things, a profile of a bridge. In light of that, we ask you to trust that the emotion of The Little Deputy lands. While the emotion of the piece is its lasting appeal, intellectually and aesthetically the film is also a pleasure to experience. Anderson is a gifted narrator, with subtle inflections providing a bit of humor in places, or a touch of drama. Even spirited narration can be dry if layered on top of boring imagery, so it is fortunate that Anderson decides to go for full recreation in the beginning of the film, where his direction is effective in communicating the discomfort of the story’s setup via expression, and the use of selective closeups and glances.

The recreations radically shift halfway from VHS-tinged to cinematic, as the back-half of the film is shot as a prestige Western. While the film is ostensibly a “documentary” in that it’s factual, it more resembles an art piece. Anderson is omnivorous as a creator, and the interplay of fiction filmmaking techniques alongside the pastiche of different formats glued together is fresh and liberating. Anderson, with The Little Deputy, continues to prove that he is one of the smartest and most inventive filmmakers in the short form.