In the waning hours of Christmas, a Son calls home in the hope of connecting to his distant Father in this (un)festive short from director Douglas Hart
READ REVIEW
Next Previous 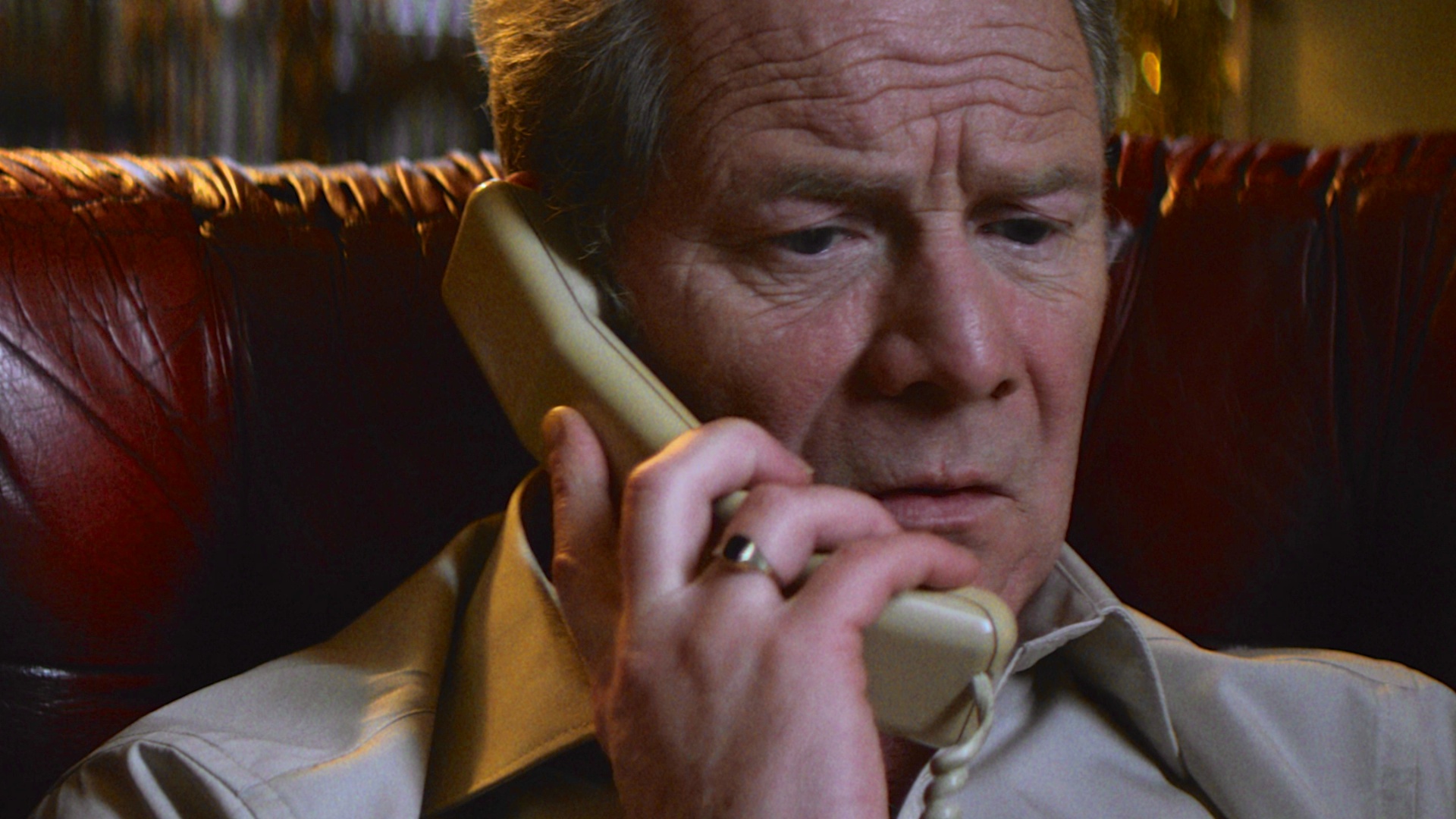 Written and directed by Jesus and Mary Chain bassist and founding member Douglas Hart, Long Distance Information is a Christmas film for those of us not feeling particularly jolly at this time of the year. Full of family drama and black humour, this conceptually simple short places us in the heart of a family Christmas as an estranged son phones home on this festive day to try and connect with a distant (in more ways than one) dad.

Based on the director’s own experience of leaving home to start a band (much to the dismay of his own father), Hart’s film uses uncomfortable silences and unseen gestures to leave his audience with no doubts about the dynamic within his fictional family.

A sombre watch with a surprisingly uplifting conclusion, Long Distance Information’s narrative is centred around the eternal struggle of communicating with your loved-ones (something I’m sure many of us have struggled with at family gatherings this festive period).

As a viewer, the writer and director does a great job of making you empathise with the much maligned members of his on-screen family. Mum’s in the kitchen “rattling pots and pans”, flicking V’s behind the back of her significant other. Whilst their son, desperate for a connection on this most social of holidays, is eager to make amends with Dad, despite their obvious lack of a bond.

The Dad meanwhile sits in his throne, smoking and spitting obscenities after his wife suggests they watch the Queen’s speech. An instantly dislikable character, yet somehow captivating due to Peter Mullen’s stoic performance, the fatherly figure in Hart’s narrative turns out to be a pretty apt representation of his film. Cold, downbeat and utterly un-festive, whilst also strangely fascinating, on paper Long Distance Information reads like a film hard to like, but in reality I find it a film (IMHO) impossible not to love.

Having always wanted to work in film, after over a long, successful career in music, Hart is eventually getting the opportunity to dip his toe into the industry he’d initially wanted to be a part of. Following a succession of high-profile music videos for the likes of Primal Scream, The Stone Roses and Manic Street Preachers, we look forward to seeing more of what the director can achieve in the more story-centred medium of short film.