A lonely widow in historic South Chicago is inspired to start sharing the ride — and sharing her life, too. A sentimental branded short for Lyft by Oscar-winning director John Kahrs (Paperman)
READ REVIEW
Next Previous 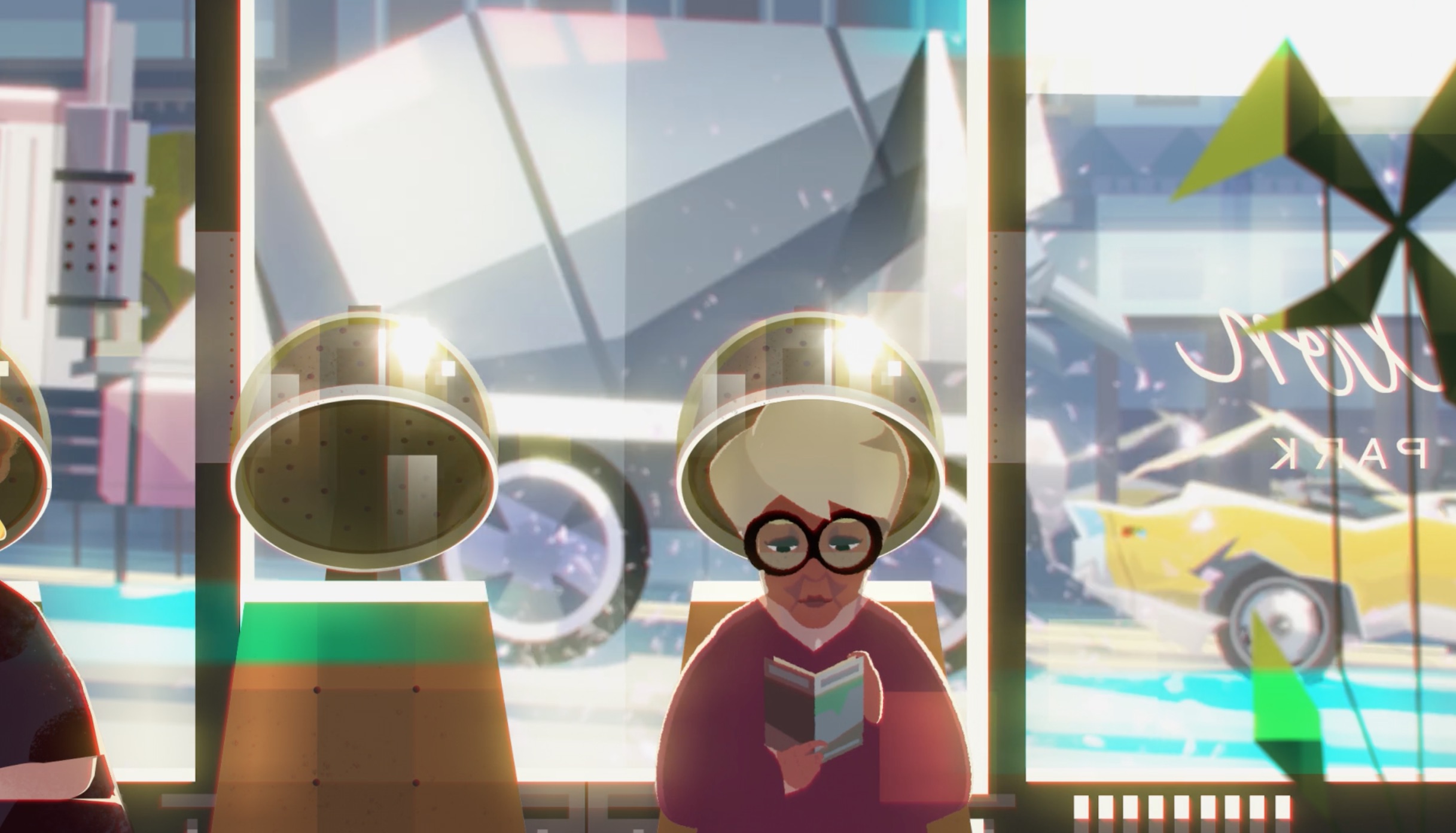 Though a certain festive song may proclaim ’tis the season to be jolly’, when it comes to festive film watching (unless you count Die Hard or Gremlins as Christmas movies) I think we all know tis the season to be sentimental. With this in mind, today we’re serving you up a huge slice of sickly sweet sentimentality in the form of Academy Award-winner John Kahrs’ (Paperman) branded film for Lyft – June.

The tale of a lonely Chicago widow, who turns to ride-sharing after her late husband’s car was destroyed in a freak accident, June is Kahrs’ first directorial role since he scooped the ‘Best Animated Short Film’ prize at the 85th Academy Awards.

A stylish-piece, with surprising heart though June proves to be a pretty emotive watch, be warned, if you’ve already overdosed on sugary treats this festive season, you might want to take a deep breath (and some indigestion medicine) before watching June.

Though its saccharine approach will be exactly what some people are looking for at this time of year, Kahrs’ film does shove the brand’s message a little too forcefully down the throats of its audience.

Ultimately though June’s warmth and style won me over and although I was dubious about featuring such an explicitly branded piece it felt like an interesting film to showcase on Short of the Week – even if it acts only as a conversation starter on the position of “sponsored” content in the world of short film.