A seemingly random encounter turns dangerous in this 17-min short by Neil LaBute, adapted from the play of the same name.
READ REVIEW
Next Previous 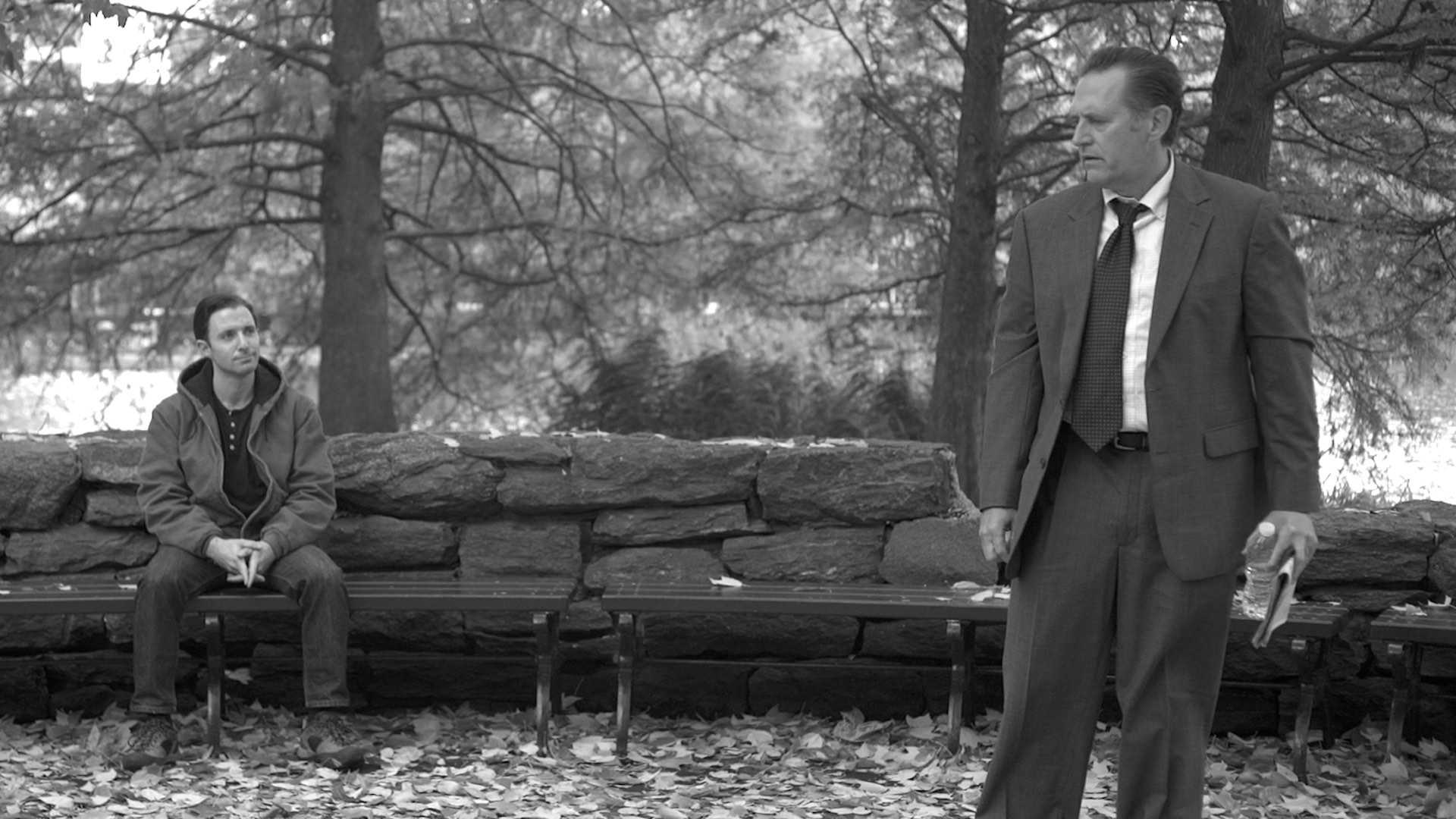 We came under a bit of criticism recently for our feature of FX-driven Sci-fi short Lost Boy, so hoping to put our focus firmly back on story with this latest pick, we’ve turned to a director well known for his character-driven approach – Neil LaBute.

LaBute’s 17-min short The Mulberry Bush, adapted from the play of the same name (and starring the same actors), is a technically simple film that relies on building tension and drama through dialogue instead of on-screen action.

A two-hander set entirely on a park bench, The Mulberry Bush is somewhat of a slow-burn with a lot of the intrigue early on left to insinuation and tonal undercurrents, but the short remains captivating through the strong performances of J.J. Kandel and Victor Slezak – who both excel in providing rounded portrayals that get progressively more complex throughout the film’s runtime.

A film that feels very current at the moment, The Mulberry Bush ends with a Looney Tunes-esque ‘That’s all folks’ circle closing around the sobbing face of one its lead players, but despite this conclusion, it doesn’t feel as if LaBute has drawn a line through this storyline.

If anything, the director is very much leaving it to his audience to decide what to take from his film – Were the accusations just? What will be the outcome from this explosive conversation? What next for his two characters?

LaBute’s cinematic output has been somewhat disappointing in recent years, but this short feels like a director going back to doing what he does best (I’m a big fan of the director’s early work – especially In the Company of Men) and keeping things simple.

Lets hope we see more of this type of work from the director, screenwriter, playwright in the future and no more remakes.