Night of the Slasher

A "shot-in-one-take" slasher film about a teenage girl who must commit horror movie sins by drinking alcohol, doing drugs, and having sex in order to lure a masked killer and defeat him.
READ REVIEW
Next Previous

Night of the Slasher 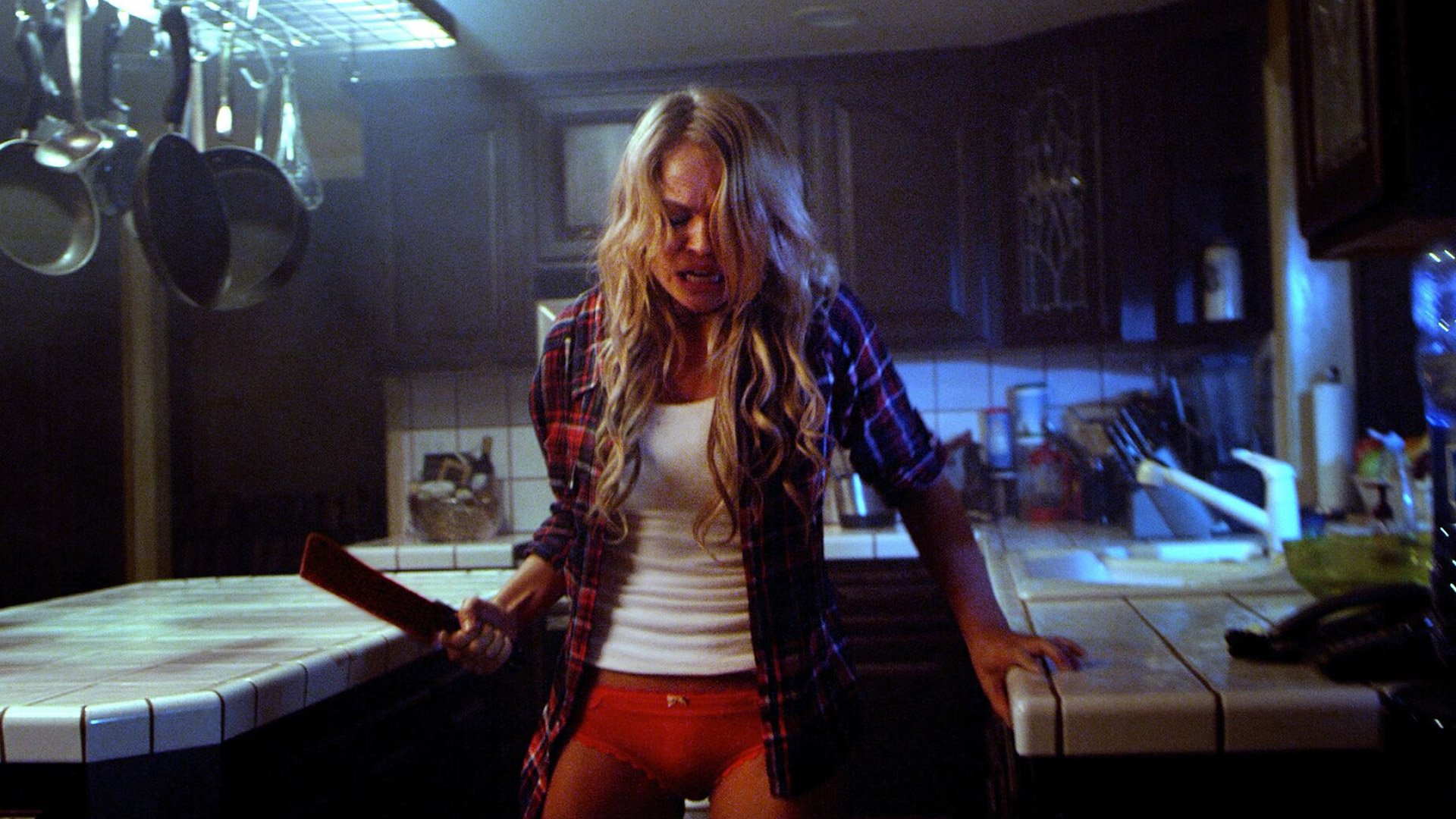 One of the reasons we don’t feature many horror shorts on this site is that the majority that we watch tend to be pretty cliché. But, what if if the clichés are the point? So is the narrative feat pulled off by Shant Hamassian’s festival favorite Night of the Slasher—a throwback to 80s slasher film tropes that is kinetic, visceral, and also pretty damn smart. Horror fans will undoubtedly be entertained. But, even those without a cinematic bloodlust, might find themselves quite smitten with Hamassian’s clever take on a tired format.

Now I won’t argue that Slasher is wholly original in its tonal approach—it exists in a sort of subgenre of meta-horror originated by Scream and perfected by films like Cabin in the Woods and The Final Girls. But, still, Hamassian brings enough energy and originality in the mix to make it all feel fresh. In a creative visual trick, the film is portrayed in “one take.” Granted, it’s not really a true single-shot, but the clever ways that Hamassian masks his edits is part of the fun. The entire thing feels like an Edgar Wright-esque quick take montage, except, you know…without the cuts (well, of the celluloid variety…there’s lots of other cutting going on). The result is tongue-in-cheek, but also predicated on a darker foundation that prevents the film from just being a surface-level parody.

As Hamassian relates via e-mail, “On a personal level, I wanted to write a story about dealing with mental scars after surviving a traumatic ordeal. Just because we get past something horrible, doesn’t mean we don’t keep reliving it in our minds.”

That’s profound stuff. And, while you can enjoy the film purely on the fun meta level, the deeper themes are there for the more savvy, introspective viewer to appreciate as well. It takes a skilled filmmaker to provide both types of experiences in satisfying portions.

Hamassian’s filmmaking story is quite inspiring. Disenchanted with Hollywood as a whole, he nearly quit working in the film industry. But, one night while binging old horror movies, a clever idea entered his brain, and, well, 150 festivals later (including a screening at SXSW), here he is. Good thing he didn’t quit! We’re excited to see what Hamassian is working on next (right now, he’s sworn to secrecy). In the meantime, sit back, relax, and let the 80s-slasher goodness carry you into Halloween.