So F*cking Happy For You

An aspiring comedian sees her roommate's career blow up and falls into a jealous funk that threatens their friendship.
READ REVIEW
Next Previous

So F*cking Happy For You 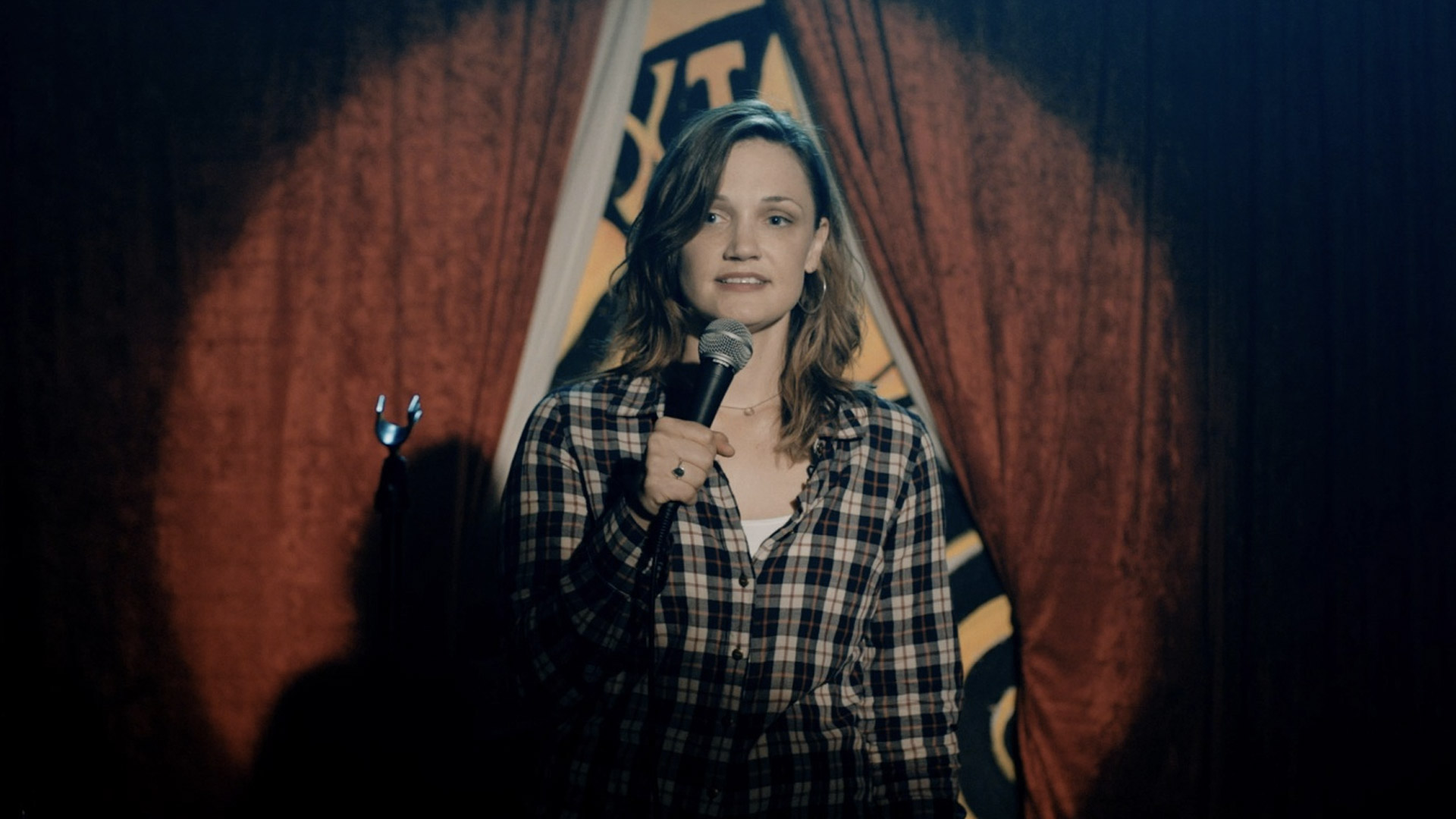 As the sarcastic title suggests, So F*cking Happy for You is a tale about feigning happiness for jealousy. Now, I’ll be first to admit that envy—especially in the world of cinema—isn’t a new topic. But, director Lina Suh’s approach with her short film feels surprisingly fresh, using the plight of two struggling comedians in order to convey a timeless story of envy.

The success of Happy comes down to its two strong lead performances from actors Christine Nangle and Scout Durwood. Watching their friendship crumble feels both real and darkly humorous. Suh does an excellent job of balancing tones. In today’s culture—where one’s self esteem can objectively be defined by the number of retweets or likes something gets—the story feels quite prescient. The delineation between “struggling comedian” and “meteoric success” is just one viral YouTube video away!

As a creative myself, I often struggle with the blackness that brews deep in my soul. Am I really happy that my coworker from an old job just got a three picture deal with Paramount? When is MY hard work going to pay off? Spite is a natural human emotion, so it’s relatable and engaging to watch as Suh, working from a script written by Helen Krieger, crafts this downward spiral of jealousy, depression, and hate.

“I was also realizing more and more how comedy so often comes from a sad place.”

As Suh explains in her director’s statement: “I had to make the choice whether to make the film straight comedic, or take a darker tone. With no personal background in comedy, I went out to do my research. I went to a lot of comedy open mikes, YouTubed a bunch of stand up, and talked to many comedians. I discovered this whole community of standup comics, that is a world of its own. I was also realizing more and more how comedy so often comes from a sad place.”

Yes, though it might sound oxymoronic, the comedy scene is one of the bleakest around. I mean, have you ever been to an open mic? It can be straight up depressing. Happy nails that sort of melancholic feeling—this sort of of odd juxtaposition of people trying to make others laugh when they clearly feel a darkness inside.

I do have a few qualms—I wish the end was more profound. And, on a technical level, it feels like the on-screen notifications could have been implemented with a bit more stylistic panache (I am a motion designer, after all). But, neither of those nits are enough to deter what is a strong dark comedy showing from this female-led production. As the gender gap—especially in comedy—still looms in mainstream features, we’re proud to highlight more films about and created by women.

Suh is currently working to turn So F*cking Happy for You into a television pilot. She’s also in pre-production on another short film about a delinquent Korean girl who discover a unique superpower while caring for her ailing grandmother. Sounds interesting!