The city of Medellin is reconstructed into a living, breathing cyberspace in this FX-driven think piece from designer/filmmaker Keiichi Matsuda
READ REVIEW
Next Previous 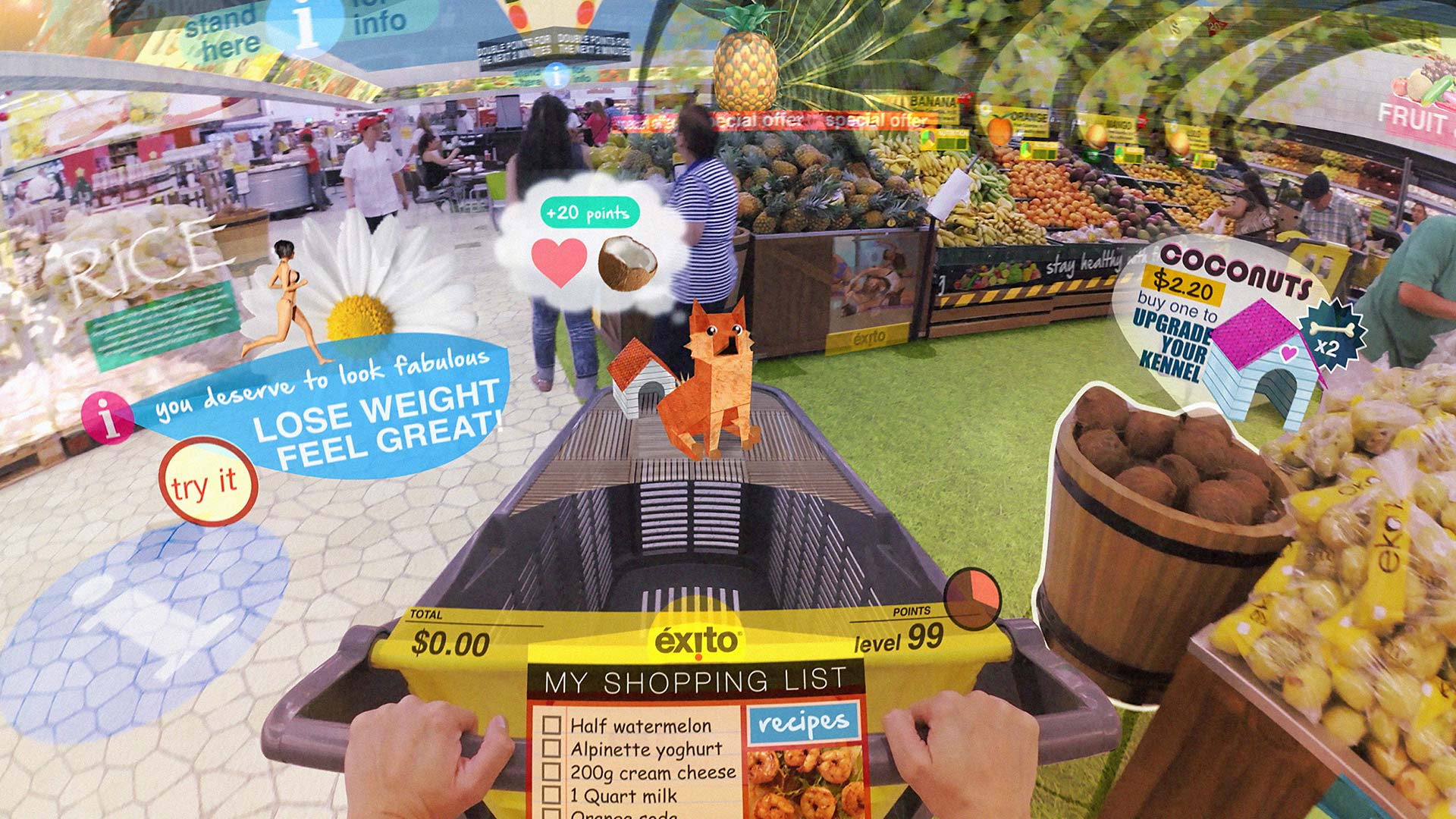 Ever feel awestruck by state-of-the-art technology and wonder – what could possibly be next? Perhaps the true essence of that question lies not in imagining flying cars and humanoid robots, but rather pondering what day-to-day life and social interactions would look like. In Hyper-Reality, director Keiichi Matsuda answers some of these questions by presenting a vision of the world in the not-so-distant future.

Within an ultimate augmented reality where the physical and digital have become entirely fused, Hyper-Reality guides viewers through a POV experience in which we follow our protagonist Juliana Restrepo as she navigates her way to work. But what the chipper colors and seeming convenience of affairs have been belying becomes apparent, as we dive deeper into the workings of Juliana’s psyche and the system that surrounds her.

Before we get all dark and philosophical, the sensory elements of the film deserve a huge shoutout. Immediately stunning, the neon lights, flashing ads and chaotic signals reconstruct the city of Medellin into a living, breathing cyberspace. Distracting noises constantly clutter the background, making any brief moment of silence feel like gold (even the organic sound of a baby crying warms the heart).

But amidst the visuo-auditory vomit (beautiful vomit, for lack of a better phrase) that clutters the screen, the film still manages to channel a sort of cocktail party effect: viewers are subtly guided in terms of what to look at and listen to. The rules of this film’s world are introduced pretty quickly, and viewers can adapt within the first minute. Call that user-friendly!

At the same time, Matsuda’s vision of the future is not at all far-fetched. This world is recognizably similar to our own: humans still go grocery shopping, follow religion, use public transport. Juliana’s asking of The Big Questions also rings true to the occasional existential crises everyone experiences: ‘Who am I? Where am I going?’

Her complete dependence on Google search for the answers, however, is at once limiting and disappointing. In Juliana’s world, this ubiquitous system of automated responses reigns – it has not only saturated the physical realm, but altered what generates meaning. The main aims for inhabitants of this universe are now points, quests, tasks. Add more friends. Reach a new level. Life has become Sims IRL.

Is this where humankind is headed? Is this the type of future we are driving towards, and is this truly what we want? Director Keiichi Matsuda, also an architect and designer, says he considers his work a form of social responsibility: “It (neoliberal consumer capitalism)’s one of the forces that is shaping the human experience, and human experience is the territory of design. I believe that designers have a duty to respond.”

Hyper-Reality is a film that effectively delivers challenging questions, creative vision, and an engrossing dramatic curve all within its 6-minute time span. It’s the first of a three-part crowdfunded series filmed in Medellin, and I’m excited to see more. At the same time it’s hard to shake the eerie feeling that in a few years we’ll be pointing back to this film and saying, I told you so…