A woman's racist remarks toward a homeless black man are captured on video by two teenage black girls in this confrontational drama.
READ REVIEW
Next Previous 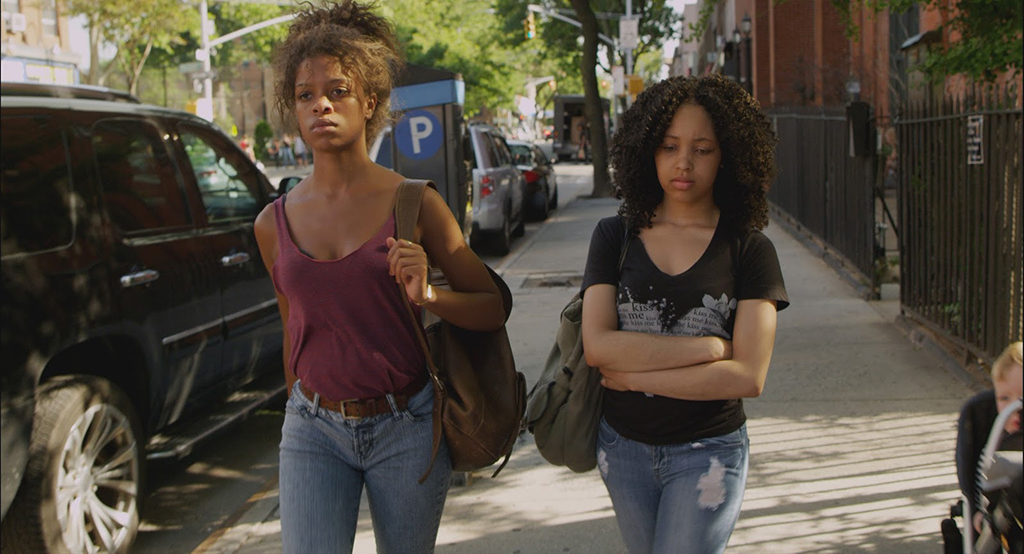 The tension that filmmaker Randy Yang captures in this 15 minute short is enough to give you a physical reaction. VIDEO, through powerful confrontation, gives us perspective from both sides of the ongoing struggle in the United States over race relations. When a woman’s racist remarks toward a homeless black man are captured on video by two teenage black girls, all three women are confronted with their own racial biases about each other and themselves. Yang is anything but shy as he approaches the sensitive subject matter and the performances from his actresses feel almost too relatable for comfort—which is exactly why it is so vital.

Yang wrote the film just as he was starting law school and as the Black Lives Matter Movement was gaining traction on social media; “The film was inspired by the same elements that prompted the national conversations and protests around race relations, mainly racial discrimination, subconscious biases, and the power of social media to bring light to those issues.”

Perhaps the most striking thing about this particular film is it evenhandedness—how well it portrays both those who suffer from prejudice and those who are prejudiced, and how modern call-out culture has been able to unexpectedly alter the usual balance of power in certain situations. It’s easy to be wrapped up in this sing-take-drama that unfolds over a jeopardizing cell phone video, but it is the film’s moral and ethical questioning that is the real draw. Ultimately no one comes out a winner, and it’s this aspect of the story that makes it so unique. Too often are people villainized from either side, but in VIDEO, you become sympathetic to everyone involved, which is hard to come to terms with. More laudably, Yang arrives at this empathy clear-eyed, not excusing the poor, hurtful behavior which precipitates.

Yang elaborates; “VIDEO deals specifically with racial bias, and argues that the first step towards tackling our biases—and all its attendant prejudices and discrimination—is to accept the fact that we “see” race. Or to put it in its inverse: we can’t “un-see” race.” All three women in VIDEO come to terms with the roles they play in understanding their racial identity in society,  and it’s powerful to witness. VIDEO challenges you to identify with this struggle on a deep personal level as an audience member. One thing is for certain, we’ve all seen racial injustice and likely played a part in it on some level—rectifying this deep rooted issue is necessary and requires a conscientiousness that works like VIDEO help foster.

Having screened at Slamdance, Flickerfest and DC Shorts, VIDEO is a reminder that filmmaking can be a powerful tool for social justice and for provoking interesting conversations. While we’re eager to see a followup, Yang isn’t currently working on any films because he’s in his second year of law school! What a rock star.