An intimate portrait of a gender-creative boy growing up in conservative rural Florida. Butch lesbian BJ successfully avoided dresses her entire life until she adopted Jeffrey, who to her shock, starts to dance in gowns and perform for his parents.
READ REVIEW
Next Previous 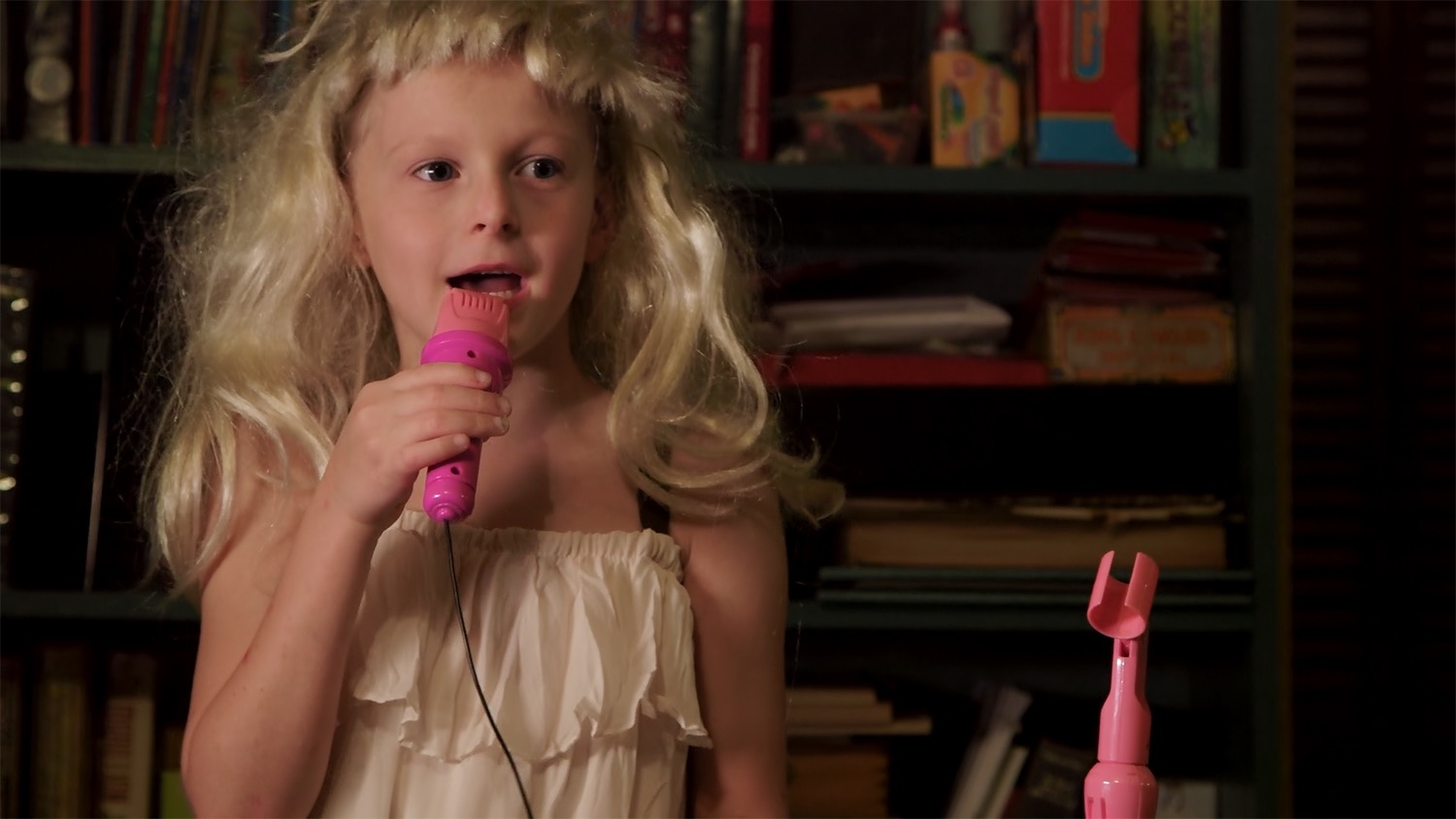 It’s hard to find a more hot-button issue in our public discourse than that surrounding gender-identity. From the media circus surrounding Caitlyn Jenner’s transition, to laws in North Carolina forcing individuals to use restrooms that conform to their biological birth, there tends to be very little middle ground in these debates—it’s either a welcome acceptance of a historically marginalized group, or the end of Western civilization as we know it.

Especially when it comes to kids, the conversation takes on an extra level of vitriol. It is becoming clearer that being “in the wrong body” is often something that kids develop a sense of very young. They also operate under a ticking clock. If they ever want to make a physical transition, the results are much more pleasing to them if they can begin to do so before puberty. The process of physically maturing into a gender that they do not identify with can be devastating emotionally.  Making a physical transition is a huge decision however, and seeing as how we as a society generally put little faith in the decision-making of individuals so young (mostly for good reasons), how to handle these cases is fraught.

Pink Boy does not seek to settle these debates, it is not an miniature episode of Frontline, but it is its modesty as a film that makes it an important addition to the discourse. Filmmaker Eric Rockey set out to explore what are called Pink Boys, gender-non-forming males at a very young age who are still identifying as boys, and how they are or are not able to express that tendency. His search lead him to Jeffrey, a 6 year-old Florida boy obsessed with dresses, wigs and princess culture. While not seeking explicitly a subject who is trans, the fact the Jeffrey now goes by Jessie and identifies full-time as a girl is relevant to the viewing of the film.

The film is largely observational; Rockey’s goal is to simply spend time with Jessie and to let us understand her personality and how her sense of identity expresses itself. As she prances and dances, dresses up, and clearly, in unprompted ways, expresses her desire to be female, it’s hard to be jaded by her youthful enthusiasm and genuineness. By being observational in this way, the film avoids some of the pitfalls of being a “issue doc” and is more effective for it, becoming a window to view characters as they are.

One of the interesting things Rockey does however, is that while Jessie is the subject of the film, she is not the main character. That would be BJ, Jessie’s Great-Aunt and guardian. BJ is an interesting character in her own right, a self-described butch lesbian, her lifelong aversion to “girly” things provides a humorous contrast to her young ward. She is also thoughtful and guarded about Jessie and her feminine identity. Cognizant of living in a conservative area of Florida, she expresses fear for Jessie’s safety numerous times in the film, enrolling her in karate classes from a very young age. She also tries to set limits, for example denying Jessie the opportunity to dress like a princess for a years until finally relenting. While anti-LGBTQ critics may proclaim that the inherent perversion of a lesbian couple raising Jessie is what has created this gender confusion (and yes, if you read the YouTube comments on the film you will encounter that perspective A LOT. editors note: comments are now turned off), the film makes clear that BJ grapples with her role in allowing Jessie’s self-expression. Her reflection however makes clear that she is a trailing figure, reacting to Jessie rather than leading, and ultimately she makes the decision to support and foster, rather than suppress Jessie’s tendencies.

The film had a lengthy festival run, with notable wins at Palm Springs and Doc NYC. Despite the backlash that it is sure to engender on the internet, it is fortunate to have been received well in venues around the world, and now it is online thanks to Condé Nast, premiering through Vanity Fair magazine. We’re proud to have this unique and vital documentary now on Short of the Week as well!