The Selling Of Vince D'Angelo

Danny DeVito directs and stars in this prescient political parable about a loud-mouthed, egotistical New Jersey concrete mogul who decides to make an independent run for Senator. Feeling “Jersey is going down the tubes” he decides only a successful businessman such as he can fix it. Sound familiar?
READ REVIEW
Next Previous

The Selling Of Vince D'Angelo 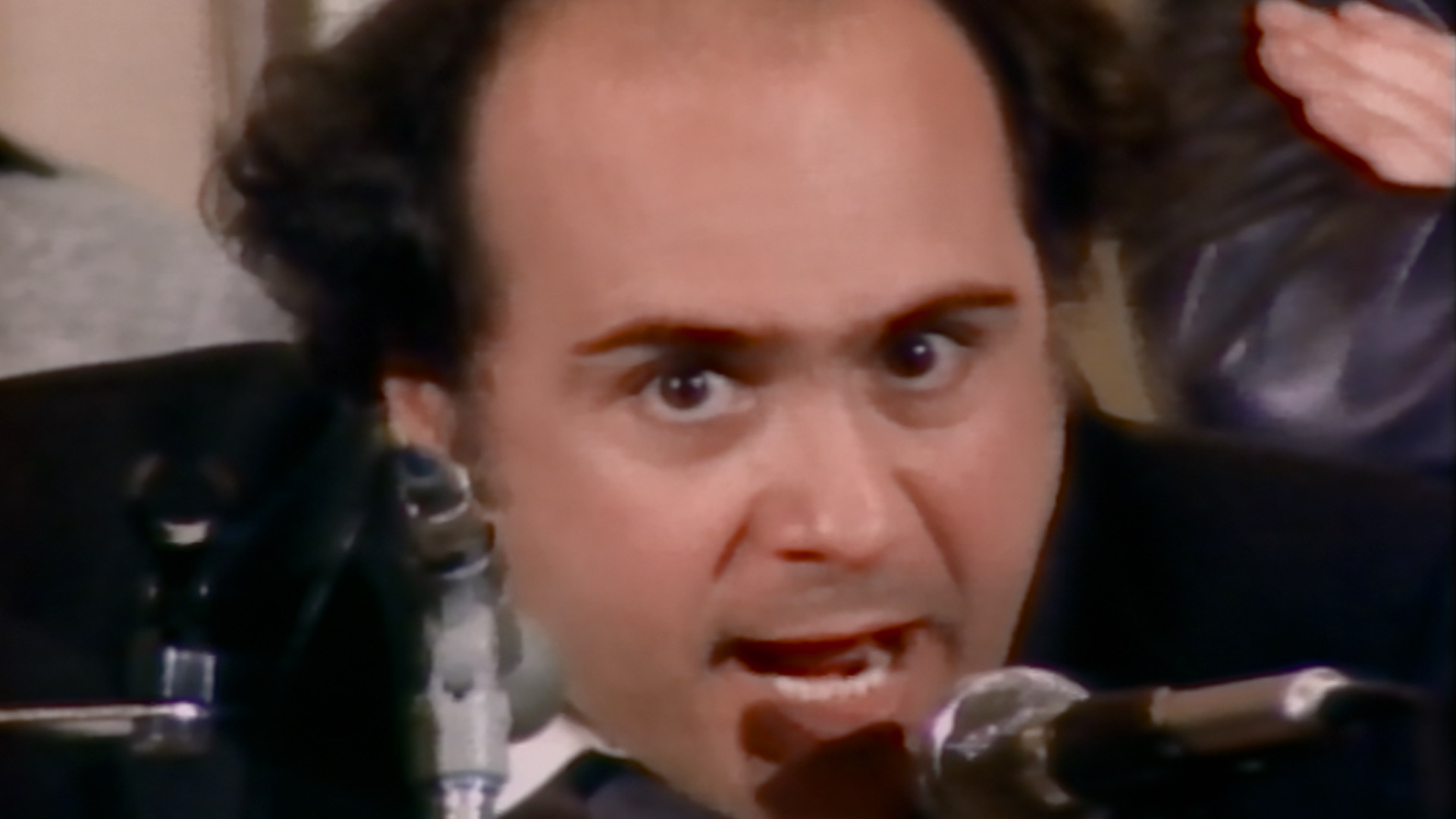 To many he will always be the Penguin from Batman Returns; Arnold Schwarzenegger’s unlikely twin; or smart-mouthed Louie from Taxi; but it seems you can add fortune teller to Danny DeVito’s ever-expanding list of accomplishments. In 1982 DeVito (along with producer David Jablin and writers Michael Barrie & Jim Mulholland) created the TV short film, The Selling Of Vince D’Angelo, and in the process brought to life an image of a politician so crude, that it was easily and universally recognized as satire. A loud-mouthed, egotistical, New Jersey businessmen running for the US Senate, Vincent D’Angelo represents all the qualities once unthinkable in a politician…but in 2016, the joke looks to have been on us all along.

“Vince’s sleazy tactics seemed so far-fetched at the time”

Created over 30-years-ago, and little seen since, you might be wondering why DeVito and his producer Jablin have chosen 2016 to recover their film from the archive. However, one look at the synopsis and the connections between The Selling Of Vince D’Angelo’s wannabe politician and one of the lead players in the 2016 U.S. Presidential Race soon make this clear.

Watching the film only cements the bizarro connection further—it is truly uncanny! From the continual invocation of Vince’s “businessman” background, to the casual misogyny and racism, Vince is a funhouse mirror image of Donald Trump, and perfectly encapsulates the brazen shamelessness of his campaign. The surreality hits its peak 3 minutes in, when D’Angelo proclaims in a campaign ad “What’ve Ya Got to Lose?”

“Danny and I have been conversing lately about how prescient our little piece turned out to be“, says Jablin. “Vince’s sleazy tactics seemed so far-fetched at the time. However, with the rise of a political candidate like Donald Trump (and the bizarre fact that he just started using our lead character’s slogan as part of his own campaign) we thought the timing was right to re-release our little known cautionary comedy to a new audience”.

Shot on 16mm film over four days in LA, The Selling Of Vince D’Angelo’s cost $25,000, and was created for a pay-cable series Jablin created and produced called Likely Stories. Described as a labor of love by its crew (who continued to work with each other long after this short), the film was well-received by critics according to Jablin, who described it as the “kind of innovative programming that would distinguish pay-tv from standard network fare”.

Discussion were had to develop The Selling Of Vince D’Angelo’s into something longer with Peter Chernin, the then Head of Programming for Showtime, but DeVito and Jablin had additional projects in the works and ended up pitching Chernin on a new idea that became their first original movie, The Ratings Game.

Though created in 1982, it’s strange how a film over 30-years-old can suddenly feel so relevant and so in tune with current real world events and characters. However, it’s not just the contemporary connections that make The Selling Of Vince D’Angelo’s so watchable. DeVito’s onscreen presence is truly what drives the film and it’s easy to see, from these 20-minutes alone, why he has gone on to forge a successful career in film and television that spans over 40-years.