I, Destini is an animated documentary that explores the poignant and imaginative illustrations of a youth grappling with the effects of having an incarcerated loved one.
READ REVIEW
Next Previous 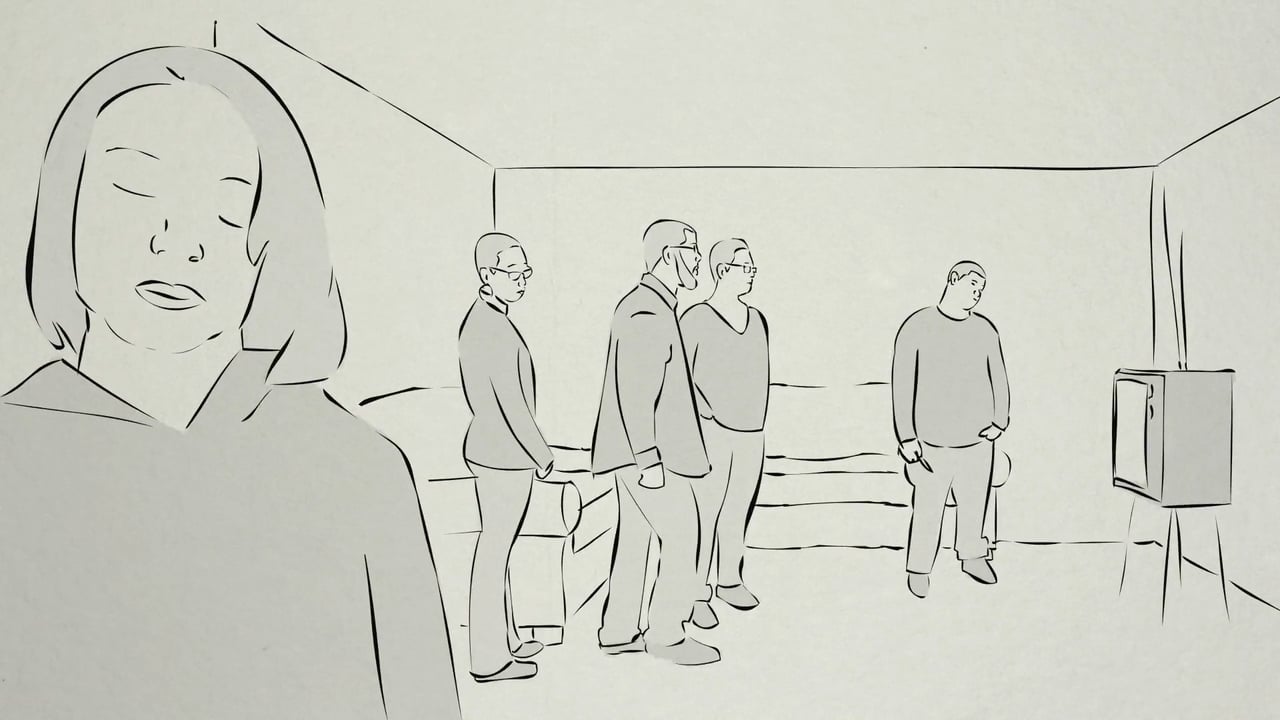 Presented by The New York Times in its Op/Docs editorial strand, I, Destini is a meditative, but powerful, first-hand testimonial of the pressures placed on the families of black men incarcerated. Utilizing simple, but elegant line animation, the film is written and performed by Destini Riley, a Durham, North Carolina teen, and is based off her experience as the sister of a young man facing years of prison. The film intimately, and eloquently, adds Destini’s voice to swelling chorus of testimony that is coming from black American communities in the wake of the demonstrations in Ferguson, Missouri and the rise of the Black Lives Matter Movement.

I, Destini is a powerful and timely concept, but it is an approach that is fraught for a filmmaker. The personal relating of a teen’s experience opens the film to the potential for mawkishness or naiveté. Further questions abound: the film is naturally political, but how much is too much? How much is not enough? Again and again however, the young Riley, along with her co-director Nicholas Pilarski, whom she met at a Durham community meeting in 2014, thread that impossible needle—the film is simple in its dialogue, but poetic, it is grounded in her perspective, but looks outward to the larger narrative, is rendered, literally, in B&W, but kaleidoscopic color peeks through at critical junctures.

Thematically the film walks its delicate dance, and the visuals do valiant work in supporting it.  Animation is especially effective in documentaries that rely so heavily on personal testimony, allowing the interior world to be made exterior. While not fantastical in its depictions, the film is notable for its highly mobile and engaged “camera”, which is in near-constant motion, and which freely makes impossible movements. The effect of these wide-ranging swoops is twofold. It allows Destini’s words to engage in a larger canvas, freeing her from the specificity of her perspective, and implying the applicability of her experience on the world without forcing her to deviate from personal experience. Secondly, the mobile camera in conjunction with the spare surroundings allows for scenes to be transitioned into, rather than cut. This functions as a powerful metaphor for the interconnectedness of the actors in play, how the effects of incarceration culture cannot be siloed off as the concerns of just one person. As Riley says early in the film, “Every person put in prison comes from a family.”

Much criticism directed at Black Lives Matter movement surrounds its goals—what is it that the movement seeks to achieve? “So you’ve created awareness,” they say, “but what are you going to do about the problem?” The difficulty or uncertainty of the answers are used as a cudgel to proclaim the relative “unseriousness” of the movement and paint it as aggrieved, hysterical and reactionary. Riley’s voice speaks eloquently to her feelings, but feelings cannot make policy. This is right and proper in my mind however and does not diminish the film’s impact as a work of art oriented towards social justice. I happen to think that “politics as feelings” presents the single greatest threat to my country right now (see Trump and the “feeling” that America is currently an apocalyptic shithole), yet works of art like I, Destini are vital even to us with a policy-focused, technocratic mindset. Policy must be the result of debate, debate must have understanding, and understanding flows from empathy. Empathy is in the domain of feelings. I feel I know Destini a bit more now, I was invited to reflect on my own family while watching the film, and the potential to realize that simple shared connection with thousands or even millions makes I, Destini important.