A shipwrecked fisherman is led to a dark secret.
READ REVIEW
Next Previous 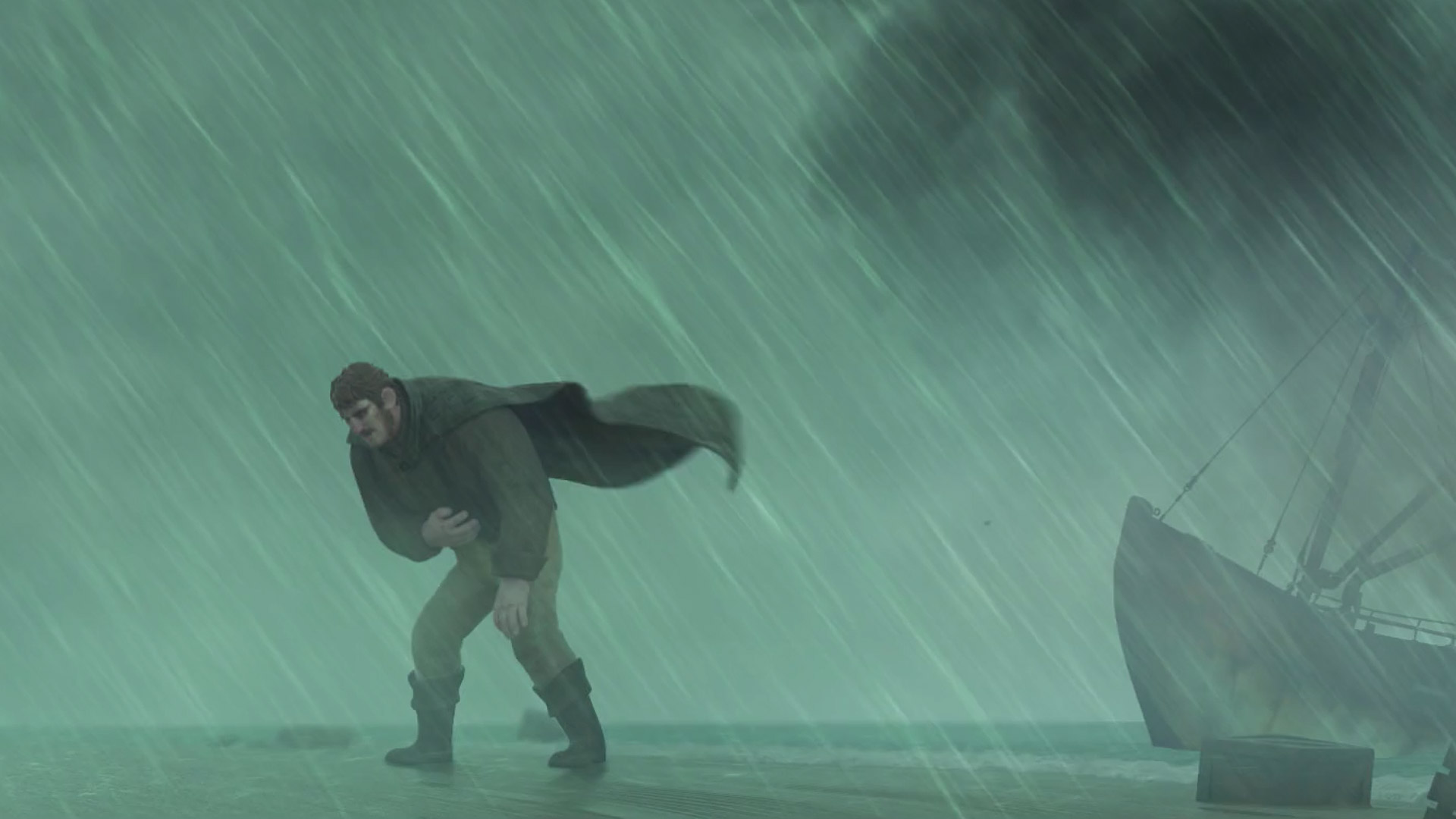 If you ever needed proof that animation is the medium not the genre, Geist from Giant Animation Studios is it. You see, as much as I love Pixar films (and believe me, I love ‘em), they’ve also contorted 3D animation and our resulting expectations from them. 3D animation is now synonymous with “family film.” And, while I respect the emotional complexity that Pixar and the other big studios like Dreamworks have brought to the table, it also feels like it limits the scope of what is narratively possible. Apart from a few sci-fi showpieces, it’s rare to see 3D animation extend to other genres.

Well, Geist is that rare exception—a CG animated short that is anything but family-friendly. It plunges the viewer into a dark, horrific tale of a fisherman led astray. Not only is it visually stunning, but its mood is incredibly well-realized—the kind of film that relishes in every little suspenseful moment. Needless to say, it’s scary in a way that doesn’t feel cheap or manufactured. Hairs on the back of your neck will rise. You might even jump while staring at your laptop.

Here at Short of the Week we often begrudge how generic so many horror short films feel. I won’t argue that Geist is treading new narrative ground. But, visually, it feels damn refreshing. The delivery mechanism, in this case, is very much a part of the appeal—confirmation that animation can be for more than just kids and anime nerds! Beyond that, it’s flawlessly executed on a technical level. The lighting, shot compositions, and character designs are stunning. Kudos to directors Alex Sherwood, Ben Harper, and Sean Mullen for crafting such an impressive visual feat—telling a creepy, yet emotionally engaging story without a lick of dialogue.

Geist had an impressive festival run. It premiered internationally at SXSW and played fests across its native Ireland and around the world (I really wish I could have seen this one on a big screen). Funded by the Irish Film Board, Radio Teilifís, the Arts Council, and the Broadcasting Authority of Ireland, Geist is an important reminder of how important it is to support indie film, especially when it’s used as a creative tool to push a visual style to new cinematic depths. We hope to see a lot more from Giant Animation Studios soon!