For Rene Fustercluck, life was bad, the Apocalypse was awful and then Gordon arrived. 'After the End' explores the possibility that the only thing worse than being the last man on earth, is being the second to last man on earth.
READ REVIEW
Next Previous 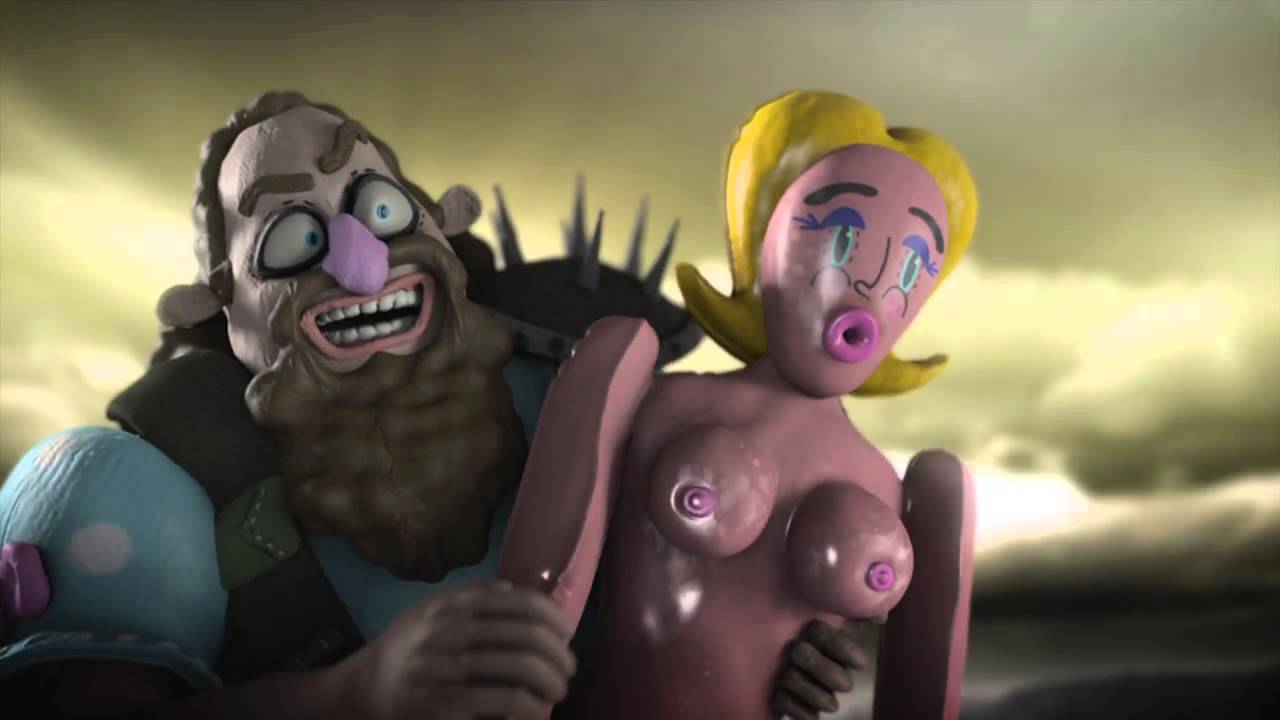 From Richard Matheson’s Robert Neville to Pixar’s Wall-E, stories revolving around the lone inhabitants of Earth have seen these sole survivors endure great ordeals as they strive to survive their inhospitable environments…but I’m not sure any of them had it as bad as René Fustercluck, the “hero” of Sam Southward’s 11-minute short After the End. Assuming he’s the last man on Earth, this apocalyptic anti-hero is presented with his greatest challenge when he’s discovered by fellow survivor Gordon – a rambunctious, dress-wearing man accompanied by a sex doll and a handful of magic mushrooms.

Feeling like an Aardman movie written by a drunken Uncle, you’d be forgiven for thinking After the End’s colourful characters were created through stop-motion techniques, but Southward’s distinct aesthetic is actually a combination of handbuilt miniature sets, green screen and CG. Revealing, to Cartoon Brew’s Amid Amidi, that he intentionally created his characters with a handmade feel to add “charm and character in a world surrounded by a lot of super slick CG”, it feels like the perfect visual style for his apocalyptic tale.

Combining distinct character design and impressive craft with a brash and unapologetic storyline, there’s a certain swagger to Southward’s filmmaking that you can’t help but admire, and more importantly, enjoy. Following the success of After the End, the director has now joined a raft of fellow SotW alums on the books of the books of Nexus Productions and is now looking into developing his short into a series.