Grunge guitarist Jack gets a little more than he bargained for when he drops by a house to pick up a sale from Craigslist.
READ REVIEW
Next Previous 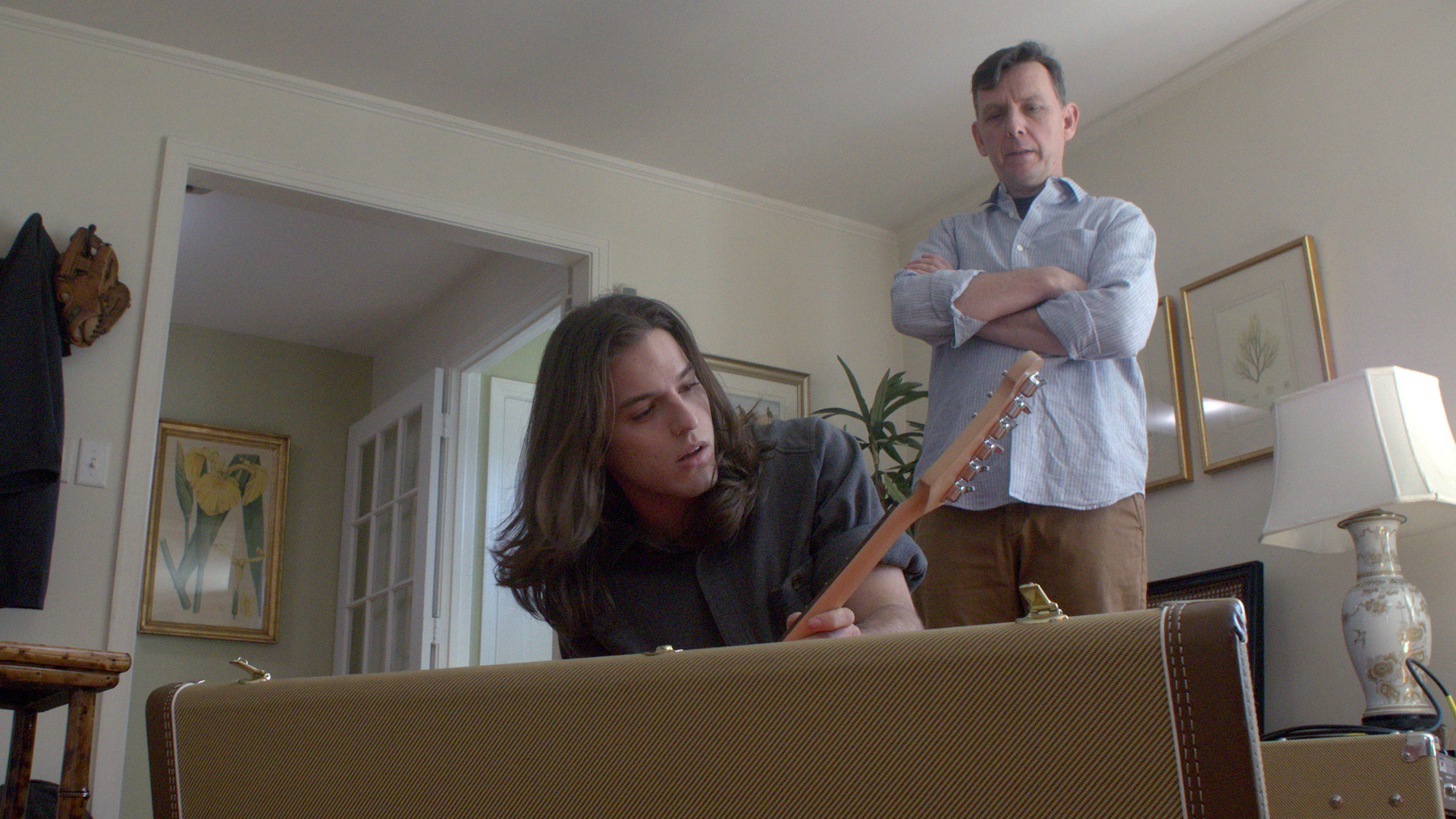 I’ve often begrudged the way that many young filmmakers overuse the subject of grief as a storytelling device in their short films. The worst offender is the “grieving parents” narrative. I don’t mean to downplay the profoundness of such a horrible, devastating sort of life event, but too often a dead child is used as a plot point in a short instead of something that feels honest and emotional. It becomes a sort of lazy shorthand to evoke drama instead of actually earning it.

That’s not the case for Henry Wolf’s The Perfect Fourth—a film that broaches the topic of living in the crippling wake of grief in a subtle, yet compelling way. The plot synopsis hides the film’s larger intentions. A young grunge guitarist shows up at a house to pick up a guitar he found via Craigslist, but he ends up in a situation he wasn’t quite expecting. In what could have easily been a set-up for some sort of high-concept comedy sketch (Craiglist’s hijinks! Hilarious!), The Perfect Fourth slowly unfolds into something much more understated and dramatic. It quietly becomes a tale about loss and the juxtaposition between two very different worlds. Jack, the film’s protagonist, is a direct contrast to the family that he encounters—the freewheeling teenage rockstar who stumbles on a family dealing with the gravity of mourning. These contrasts are perhaps most elegantly explored by how the film uses time. Quite simply, Jack wants to get out of there as quickly as possible (his insensitive, impatient buddy waiting in an idling car parked outside makes for a physical ticking clock), whereas the husband, wife, and son are left dealing with the slow, torturous process of recovery. Again, it’s a dynamic of opposites: youth vs. age, fast vs. slow, capriciousness vs. gravity.

“I wanted my audience to experience what the protagonist experiences: that sense of happening on, and getting uncomfortably close to, a crucial and telling moment in another’s life.”

As director Wolf explains via e-mail, “I wanted my audience to experience what the protagonist experiences: that sense of happening on, and getting uncomfortably close to, a crucial and telling moment in another’s life. I found it useful to think of the protagonist as a surrogate for the film’s audience. My strategy for achieving this sense of being there was to trap the protagonist in the world, or, alternatively, to allow him to discover it.”

The film’s title is especially interesting. The “Perfect Fourth” represents the lost son—the one who is idealized in his absence. It’s obviously not a coincidence that Jack is an easy cipher for the missing child. He’s a young, cool guitar player who is a perfect symbolic representation of the boy who is no longer with them. And, along those lines, we watch as the mother attempts to force the her dead son’s attributes on the younger sibling—the “replacement child,” if you will. All of this is pretty heady stuff (especially for a 13 minute film). But, Wolf never overreaches or becomes too maudlin (there’s a even a hint of light comedy throughout). This balance of simple storytelling with more complex, emotional themes makes The Perfect Fourth really stand out in the crowded landscape of short “grief-driven” dramas.

Wolf, a recent graduate from Yale (Fourth was his thesis film), is ready to embark on his next adventure in the film world. He’s in the early stages of writing another short while Fourth continues to make its festival run. We’re definitely eager to see what he tackles next.