A teenage boxer must finally come to terms with his true nature and confronts standards of masculinity.
READ REVIEW
Next Previous 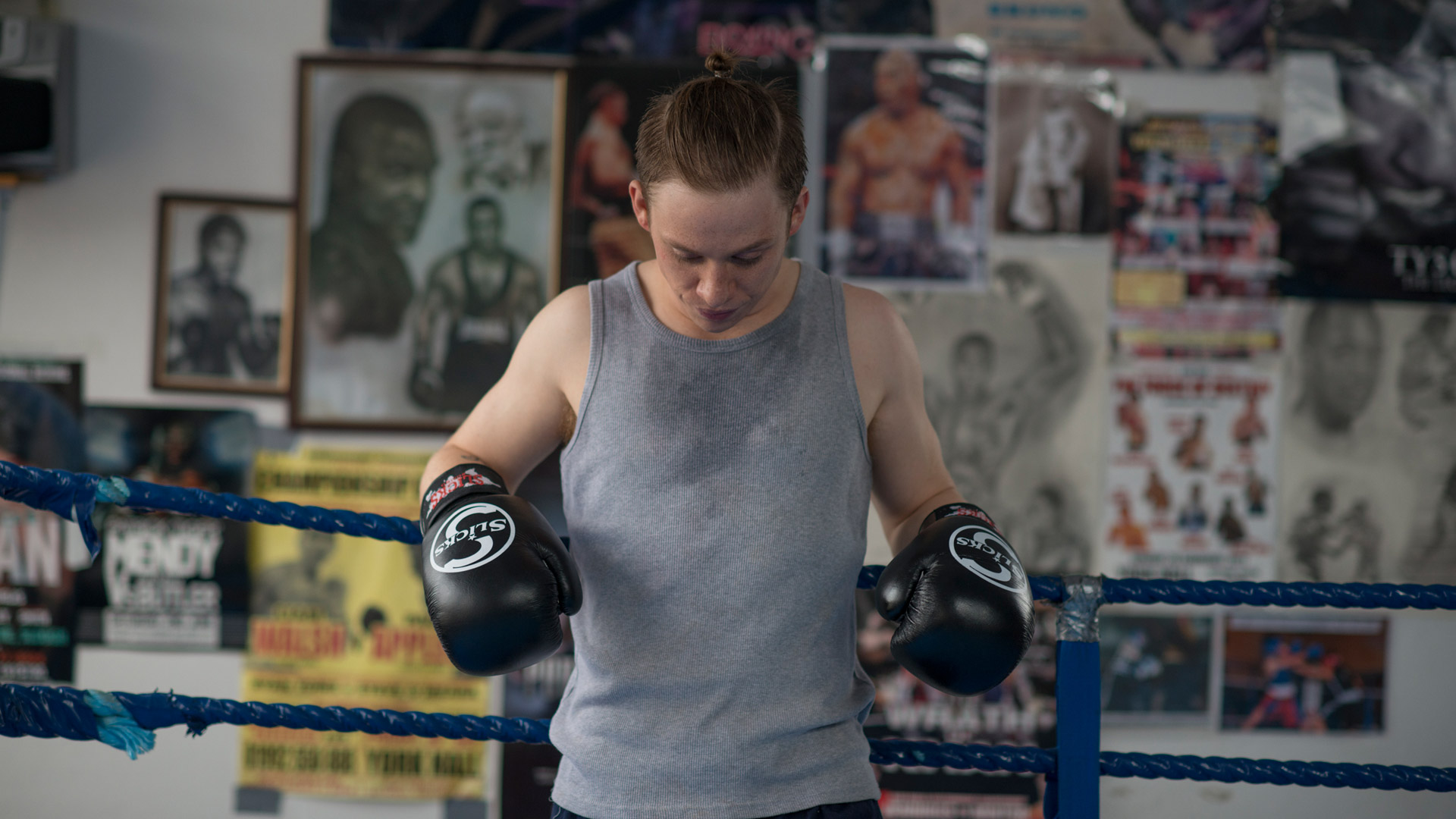 Nick Rowland’s BAFTA nominated coming-of-age short film SLAP is about a teenage male boxer who finds that expressing himself with makeup and female attire gives him a sense of freedom. SLAP aggressively confronts standards of masculinity in sports culture and how one young man attempts to construct his own sense of masculinity under unyielding gender-defined conditions.

Rowland explains his inspiration: “Growing up my idols were the likes of Eddie Izzard and David Bowie. I have always admired people who have the courage to express themselves in any way they want without it necessarily having anything to do with their sexuality. I’m interested in how people like to put others in boxes. If someone can’t be put neatly into a certain box, people don’t know how to label you and they freak out.”

The film was co-written with fellow National Film and Television School student Islay Bell-Webb. Similarly, she felt a “strong sense of duty, both as a storyteller and a member of the LGBT community, toward those who do not fit into a strictly hetero-normative culture.” This embrace of outsider culture became the catalyst for SLAP’s creation.

The character performances from the actors and how genuine their relationships feel on camera make the story surprisingly relatable. Diversity is a strong theme throughout the film, further highlighted by the three lead character profiles that drive the story arc; one heterosexual male, his heterosexual girlfriend, and their homosexual best friend. The film’s gritty British tone adds an even more realistic atmosphere to an already richly varied world.

Self-discovery and the difficulties of what that journey may entail, make this one of the strongest coming-of-age shorts to date. The film addresses what it’s like to reveal your true character to your friends however intensional. It’s one thing to accept yourself, but it’s an entirely brave thing to bare yourself to others, especially those closest to you. SLAP is an intensely raw depiction of human nature in all of its iridescent shades.

Rowland has two new short films to watch out for. Out of Sight had its premiere at the Sundance Film Festival and his graduation film from the NFTS, Group B is set to premiere on Vimeo on Demand very soon. He has also started developing his debut feature film with DMC Film (Michael Fassbender’s production company) adapting an Irish novella called Calm With Horses by Colin Barratt.