A woman contemplates whether or not to keep her baby, while waiting for her lover to arrive in a small cafe.
READ REVIEW
Next Previous 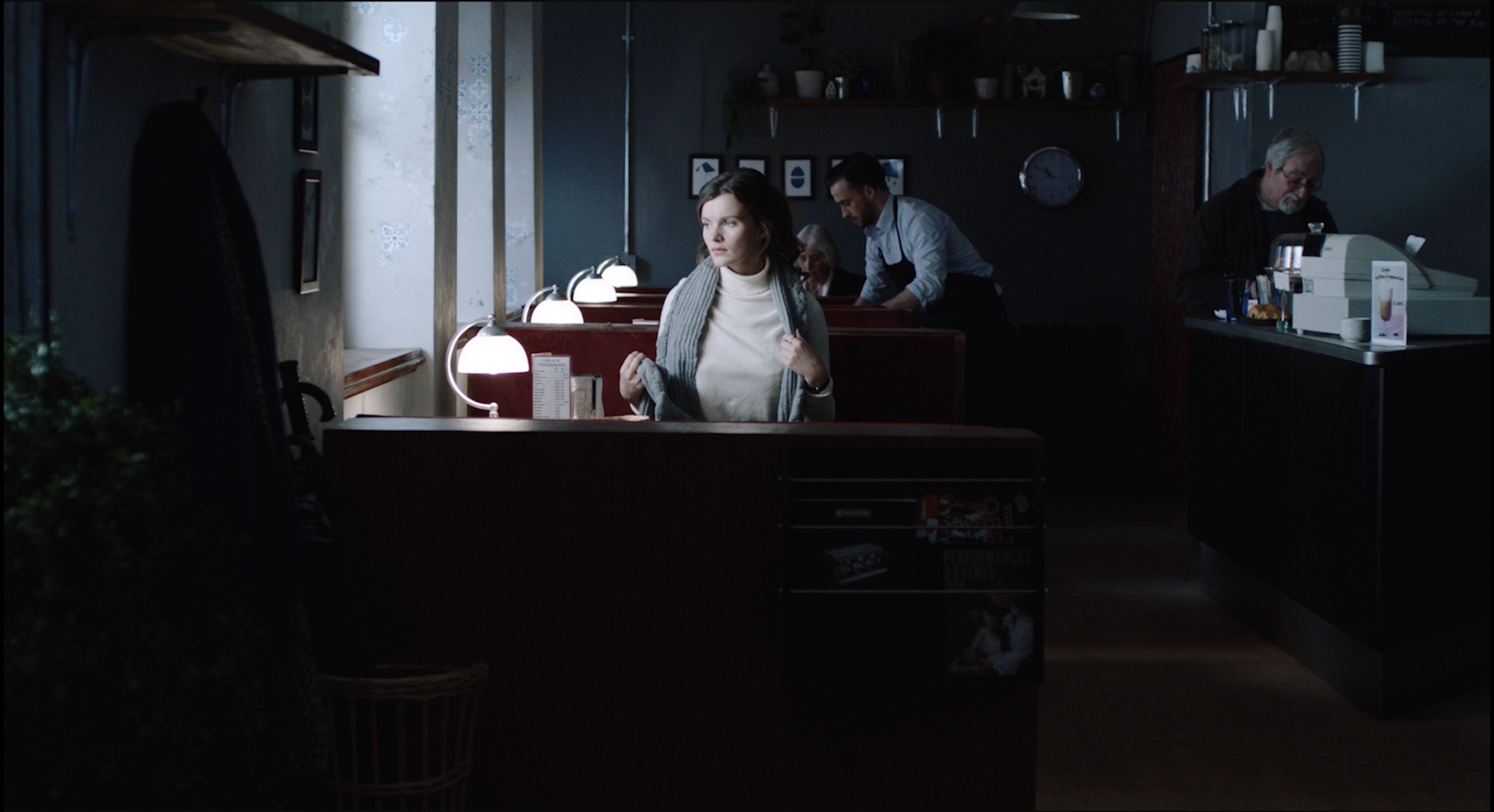 Caffeine or decaf? A non-consequential question for most people, but not ones who are carrying a child. Thus begins filmmaker Daniel Montanarini’s The Arrival, a film that captures the pivotal moment of a woman’s internal struggle as she decides whether or not to keep a pregnancy that has resulted from a brief sexual fling. ‘Anna’, played by British actress Emily Barber, has arrived to the small cafe to share the news with her lover. She arrives a bit too early though, giving her mind a chance to revisit her decision and letting us listen in to a very personal stream of thought. In a simple, four minute runtime, the film compellingly inspires an emotional connection to its lead, and to our own biological instincts.

The film unfolds like a minimalistic play; the cafe is a tiny stage with well blocked actors and a spotlit aside from the lead actress. As Anna contemplates her baby’s fate, the camera slowly moves closer to her. The effect is exceedingly simple, yet powerfully effective. Sound design plays a key role in Anna’s inner monologue, as a baby’s cry as a thunderstorm rages on outside creates the story’s turning point. It’s hard not to be captivated by this woman given how strongly she is framed in the scene, and adding Barber’s British charm over a cappuccino, one is easily smitten.

Montanarini explains the production process: “We wanted to achieve something cinematic, simple and personal. It took a day and a half to rehearse and shoot. We recorded the voice over first and used that as a guide track for the choreography. After the first day of rehearsal the timings were worked out for the extras and the lighting changes. Then we ran it until we got it right. It started to synchronise around about the tenth take.”

Montanarini explains that The Arrival was inspired by a documentary he was working on called All About Mothers, and a photograph of a young woman sitting in a cafe by Alexander Nesterov. All About Mothers explored the relationship between mothers and their children as they discovered they were pregnant, which is perhaps why the story feels so authentic. The photographic inspiration was purely visual in that it moved Montanarini to imagine what the young woman was thinking at the time the photograph was taken. In many ways, The Arrival feels like the unraveling of a photo’s mystery while also evoking a genuine sense of maternal emotion.

Despite being directed by a man, the film is true to the female perspective of its protagonist. After the subject of the film was decided, Montanarini invited a group of female artists called The Sexy Lamp Society to discuss their thoughts and views on having a baby. From these conversations he devised the script with Zen Design Studios.

Montanarini is currently developing a few features, a documentary and working on some more short films.

“Shorts are very good practice for exploring different ways of expression and to be economical with our storytelling. It has been a rewarding experience to release the film straight online so we want to keep the momentum going,” concludes Montanarini.