When Glenn attends a primal scream therapy session in a desperate attempt to tap into his masculinity he's pushed too far and finally lets a little something out. BAFTA-nominated short from Simon Cartwright.
READ REVIEW
Next Previous 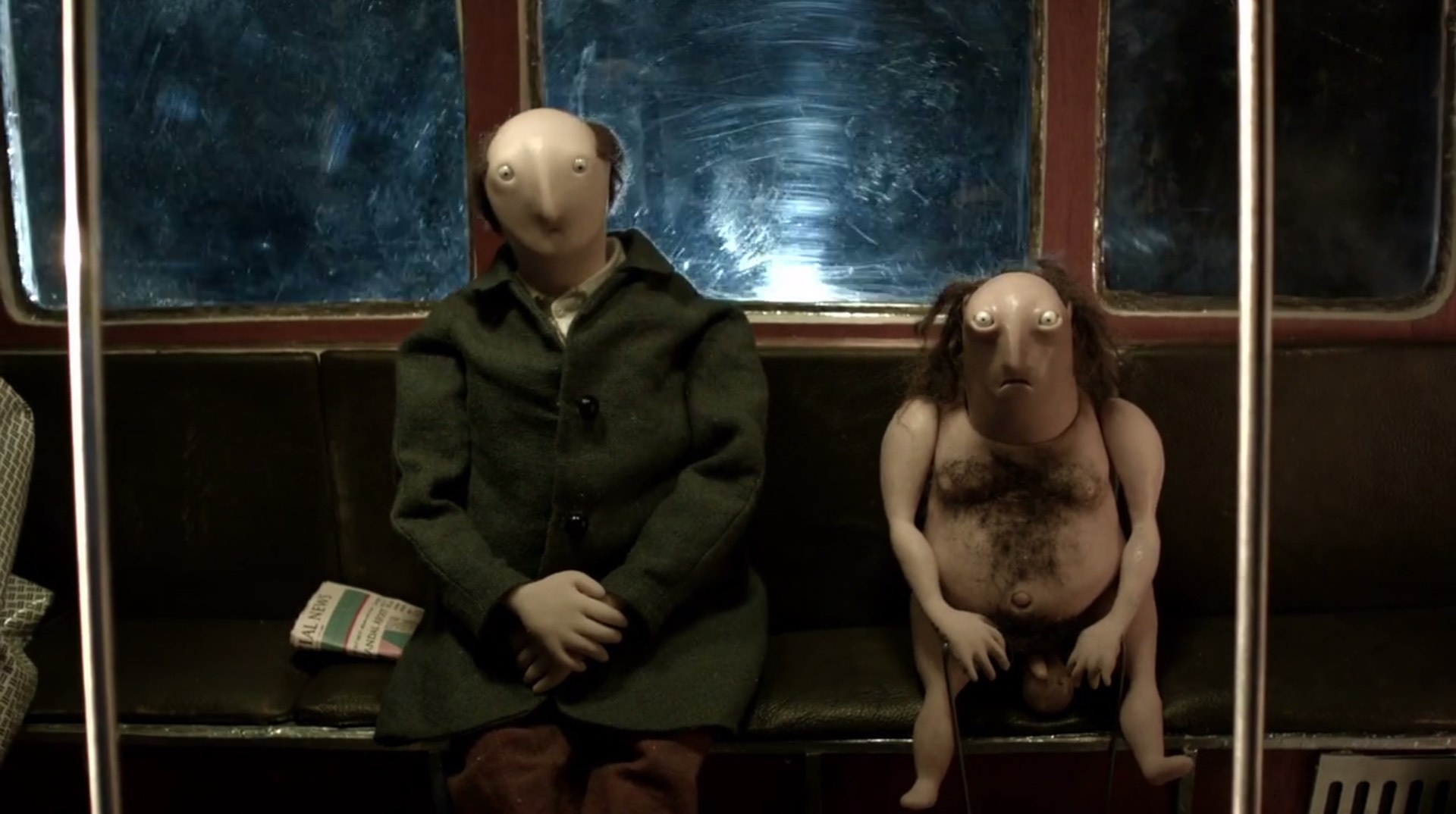 Featuring one of the best soundtracks you’re likely to hear in short film and more puppet privates than you ever imagined (or wished) you’d experience, Simon Cartwright’s BAFTA-nominated, Sundance short MANOMAN submerges its viewers in a world of masculinity as its protagonist embarks on a testosterone-fuelled rampage after a session of primal therapy. Created whilst studying at the National Film and Television School, Cartwright’s MANOMAN is an exuberant and often-hilarious 11-minute watch that leaves the primal screams central to its premise ringing in your head long after it has finished.

Described by Cartwright as a film that was “loud, aggressive and ultimately meaningless”, MANOMAN tackles themes of masculinity head-on by hurling its viewers into an amplified world of sex, destruction and lots and lots of screaming. By inviting its audience to join its anti-hero Glen on his voyage of discovery as he finally breaks-free from the shackles of shyness, Cartwright has created a film that is remorselessly ridiculous, endlessly entertaining and utterly immersive…at times it’s almost as if the film is willing you to join in with a primal scream of your own!

Made using a mixture of rod puppets and animation, Cartwright admits the MANOMAN narrative “felt like it would be too big to do in pure stop motion, even though I would have loved to do it that way”. The director acknowledges there was a lot of trial and error in this approach, admitting that his puppets were “very heavy and hard to get a performance out of”. Cartwright and his team added a little more spirit to their puppets in post by animating facial movements and despite their difficulties in production, their approach feels perfectly to suited to their narrative – there’s even a brilliant moment where one puppet attacks another using the rods holding his hands.

Now working with fellow NFTS graduate Nina Gantz (whose film Edmond we featured last week) as Cartwright Gantz, we look forward to seeing what this filmmaking duo produce when they put their creative minds together.