Vince, a Dartmoor prison guard and father of one, comes across an abandoned kid's bicycle on an isolated stretch of moorland road. With the sun setting, he sets off in search of the missing child.
READ REVIEW
Next Previous 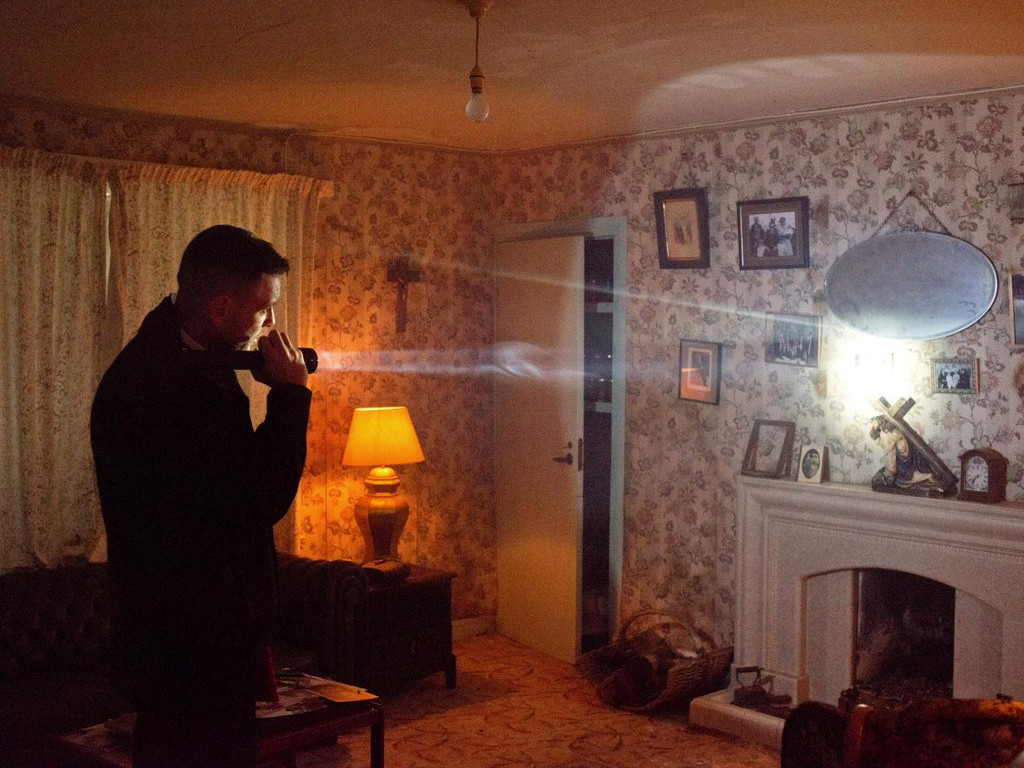 As a long-time fan of Horror, I’ve never been one for easy shock tactics. Those overfamiliar jumps that the genre has become synonymous with just don’t do it for me. Here one moment and gone the next, these instantly forgettable blips can’t compare to that slow-building terror that crawls under your skin and refuses to leave. It’s that kind of suspense that makes Jed Hart’s short thriller/horror Daddy’s Girl a shining example of just how good the genre can be in the short format.

Feeling like a story that would feel just as suited to the backwoods of America, as it does to its desolate Devon setting, Daddy’s Girl begins with the unexplained appearance of an abandoned child’s bicycle, but quickly descends into a taut and mysterious hunt for its owner. Building the tension steadily throughout its 12-minute duration, Hart’s film follows protagonist Vince as he (armed with just his flashlight) searches for the missing girl through dark woods and abandoned houses. So tense at times you daren’t breathe, Daddy’s Girl avoids those (aforementioed) obvious scares, instead playfully twisting the expectations of the genre to keep you constantly unsettled and on the edge of your seat.

The final twist in Daddy’s Girl’s tale may feel a little disappointing considering the tone and approach that has preceded it, but this slight dip in an otherwise exemplary Horror isn’t enough to even make you question the impact of Hart’s film. One of the most haunting and spine-chilling short’s you’re likely to encounter in recent times, long-live the slow-burning Horror.