Jeff just got fired from his job...on Mars! With no hope of re-employment on his desolate horizon and his wife spending an unhealthy amount of time with her yoga teacher, he turns to dvd box-sets and chips for consolation.
READ REVIEW
Next Previous 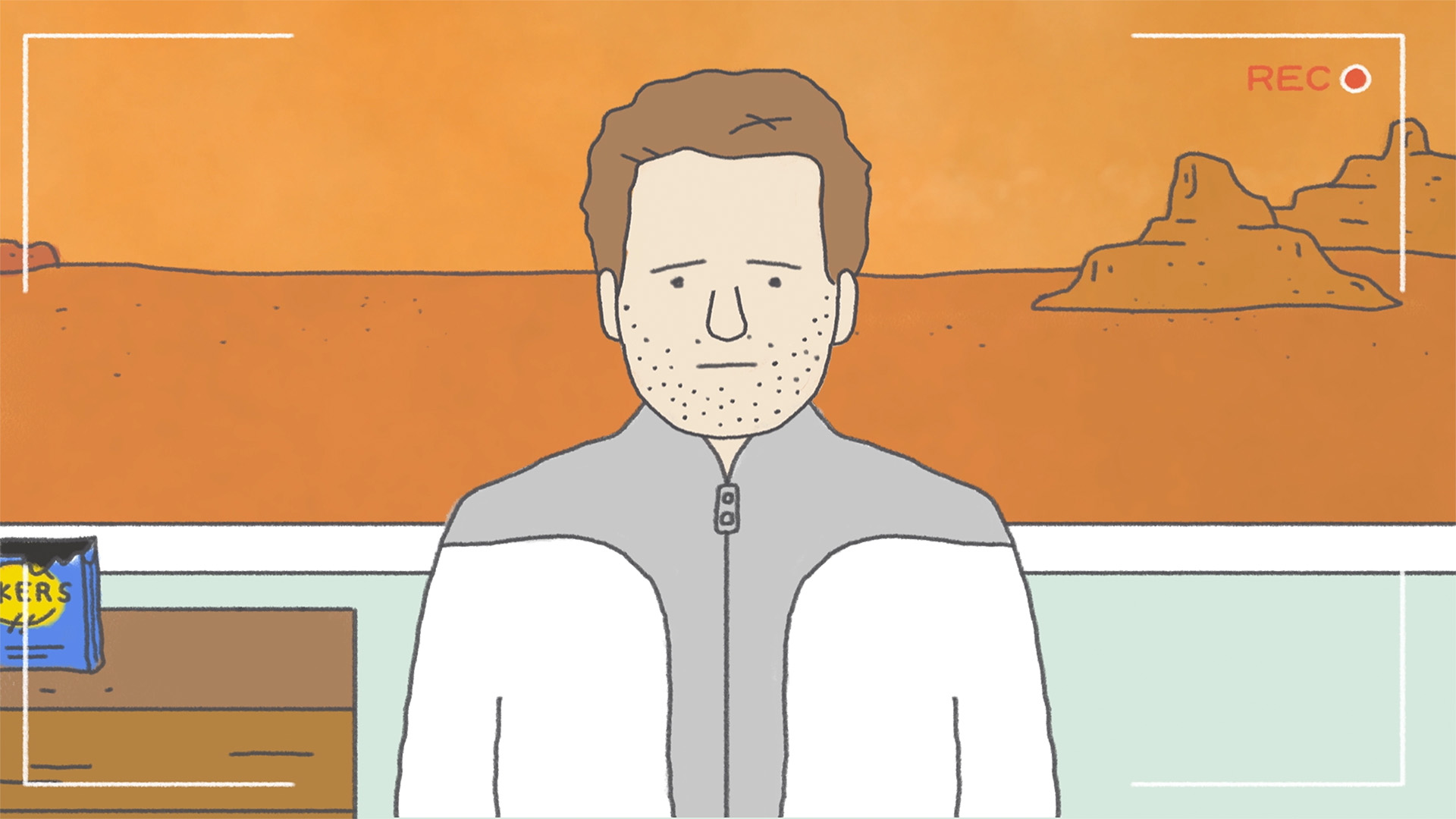 Losing your job sucks! Often the only thing that keeps you going in this situation is the thought that things could always be worse. Sadly, this isn’t the case for Jeff, the protagonist of Nate Sherman and Nick Vokey’s 7-minute animated comedy Fired on Mars. Over 30-million miles from home, with his wife spending an unhealthy amount of time with her yoga teacher and no new jobs on the Red planet’s horizon, things are certainly looking pretty crappy for this Mars-based graphic designer.

Fired on Mars is the Sci-fi comedy you’ve been waiting for all your life…despite what the Golden Globes might have you think. Imagine Mike Judge makes The Martian and you’d be in the right ball park. But to pigeonhole Nick & Nate’s animation so nonchalantly would be somewhat dismissive of the deeper thought that has gone into its narrative and how it reflects on “corporate-culture”, as the directors explain (in discussion with Short of the Week):

“We wanted to explore modern feelings of isolation and helplessness in a high-concept way. Take the feeling of dull, techno-corporate alienation and transpose it to the most alien place possible. Then have fun with how a person might stand up for himself in this fairly hopeless situation”.

The hook came out of a fascination with the “one way trip” aspect of hypothetical Mars missions. It’s like going into the office, then deciding to live there — forever.  The only thing worse than eternity in a blandly corporate Mars colony is getting fired from it and not being able to leave”.

Now working on “developing some new series concepts and beginning work on our next animated short”, we look forward to seeing more from this directorial duo in the not-too-distant future.
Filmmakers Vimeo
LIKE TWEET