An illegal show has been placing bounties on people to have them assassinated. Now, Emerald Bay is over run with bounty hunters, yet an unlikely hero is born amidst the bloodshed.
READ REVIEW
Next Previous 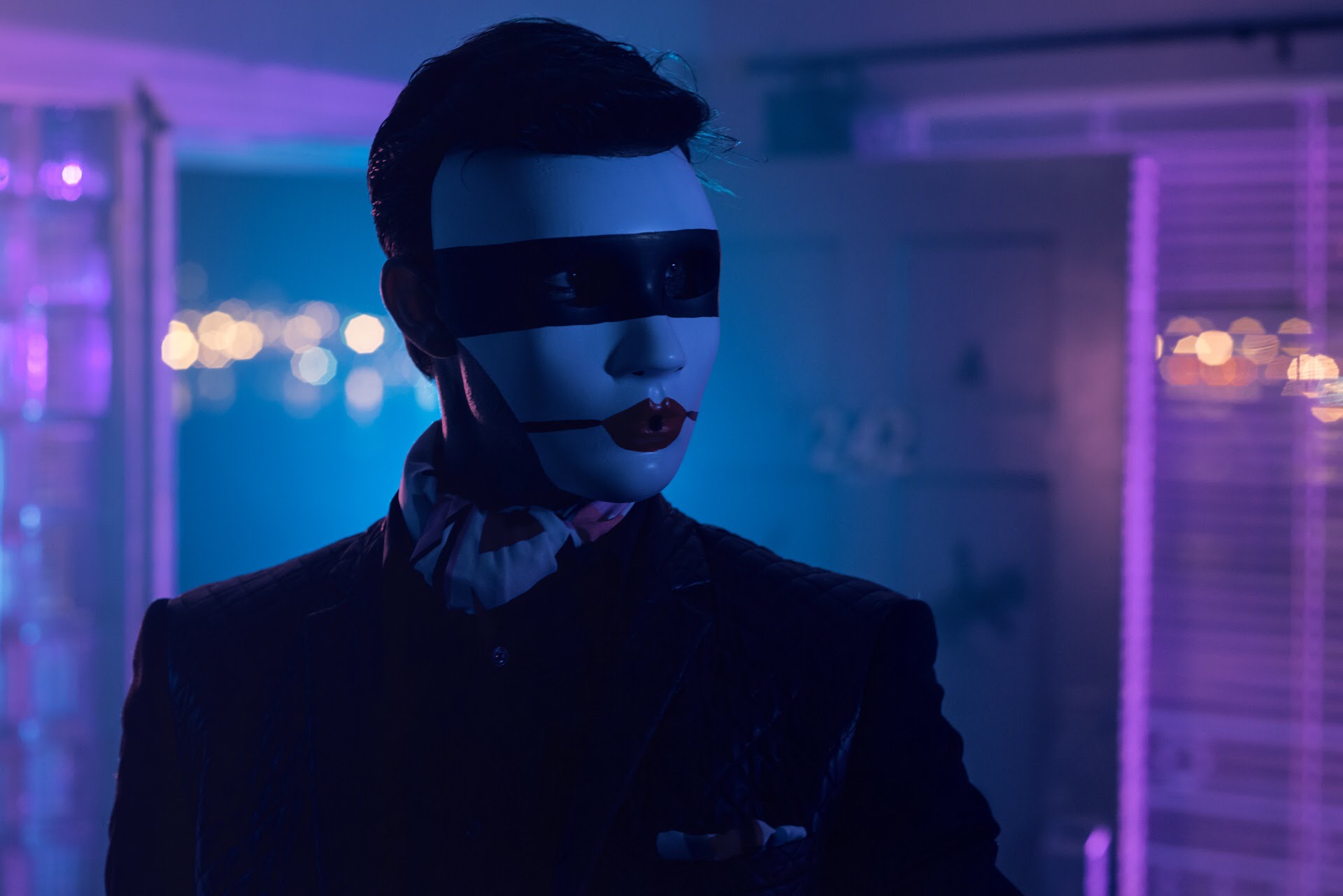 Ours is a postmodern culture of homages and mashups, appropriation and nostalgia, and it is hard to think of a filmmaker better than Saman Kesh at swallowing up the various strands of pop-culture cool which inundate our media-rich lives and vomiting them back up in a form somehow tastier than before.

For a certain kind of fankid (you know who you are), Kesh’s hyper-stylized, hyper-violent fantasies are catnip to your spirit animal. Not since Tarantino has a filmmaker known quite how to stroke a genre geek’s erogenous zones. With two studio films in development and a Super Bowl commercial under his belt, 2016 is shaping up to be the year of Saman. Now with HIT TV, he’s coming at the world with a proposed multi-platform universe, playing the IP game like an LA vet.

HIT TV is pink-hued love letter to 80’s action films, and sets up a gnarly premise. In the city of Emerald Bay a mysterious late night TV program is hijacking the airwaves, setting up a bloody competition for the town’s collective menagerie of distinctive hit men to compete over assassinations. Amidst the bloodshed a hero emerges, determined to try and take down HIT TV, and win back his abducted girl.

The gamification elements bring to my mind one of this reviewer’s favorite guilty pleasures, 1987’s Running Man, and the imaginatively distinct killers leverage kung fu tournament fighting films. Kesh executes a slow hand with his direction however, the number of long-held shots in the film probably outnumber his entire output here-to-date, with several gentle turns and slow pushes, building dread, only to then be amplified by the quick-cutting violence that is his forté.

Kesh has stated that the short is a prologue, an opening chapter to a universe that he hopes to further develop into both film and TV, with stand alone episodes that follow and track the individual hit-men of the world. As we’ve discussed, the emergence of Amazon and Netflix makes the timing right for such a move. World-building in look and feel is thus of paramount concern, similar to how the initial director of a cable drama, like Fincher with House of Cards, or David Slade with Hannibal are able to establish those show’s look and feel so indelibly. HIT TV is a phenomenal success on that front, with an ace visual aesthetic. Working with a modest budget of 60k (still substantial for a short), Kesh leverages the relationships and experience gained as a top-flight music video director to really make the money show onscreen.

One of the highlights of the film is undoubtedly the production design, built from the ground up, and imagining a world of leisure cool where Patrick Nagel never died. Production Designer Alexander Delgado, along with the costume and stylist teams really hit it out of the park, setting the scene perfectly for Kesh’s longtime collaborator Isaac Bauman to shoot.

The film has narrative resolution to the scene we are provided, but it is very much a teaser for a larger universe that Kesh is developing. This is more standard for projects of its type, but does make one look back fondly towards his breakthrough narrative short Controller, which very uniquely showed the end of a proposed longer piece, rather than the beginning. That film, an animé-influenced action-romance that plays like a mashup of Saikano and Haruhi Suzumiya, is currently in-development at Fox, one of numerous projects that Kesh is juggling, including the remake of the 1997 cult-classic Cube for Lionsgate.

As studios increasingly look for young talent to take over and rejuvenate their properties (see Colin Treverrow, or SotW-Alum Dave Green) Kesh is excellently positioned to capitalize. Yet he has no illusions about the motivations of executives seeking relatively unproven talent. Kesh and I talked at SXSW this year on the subject, and he is clear-eyed about the growing trend of directors-for-hire, who are given an opportunity precisely because of the lack of power they are able to exercise over a project. That said, he is eager to gain the connections and validation that a major film can bestow on a filmmaker, and his unique visual style and broad-ranging love of mainstream films could allow him to make the most of such a situation. Still it’s important to not bet too much on any one path, and in a world where artists increasingly are coming around to the concept of “one for them, one for me” the potential that comes from developing one’s own intellectual property makes Kesh’s move with HIT TV all the more fascinating. With a keen mind for the business of entertainment, we’re convinced it’s only a matter of time before Kesh breaks through to the mainstream, and in doing so chart a new kind of blueprint for emerging creators to come.