Estaifan Shilaita risked everything to leave his home country of lraq and pursue his boxing dream. Now a taxi-driver in Chicago follow the story of his life in this infectious 18-min doc.
READ REVIEW
Next Previous 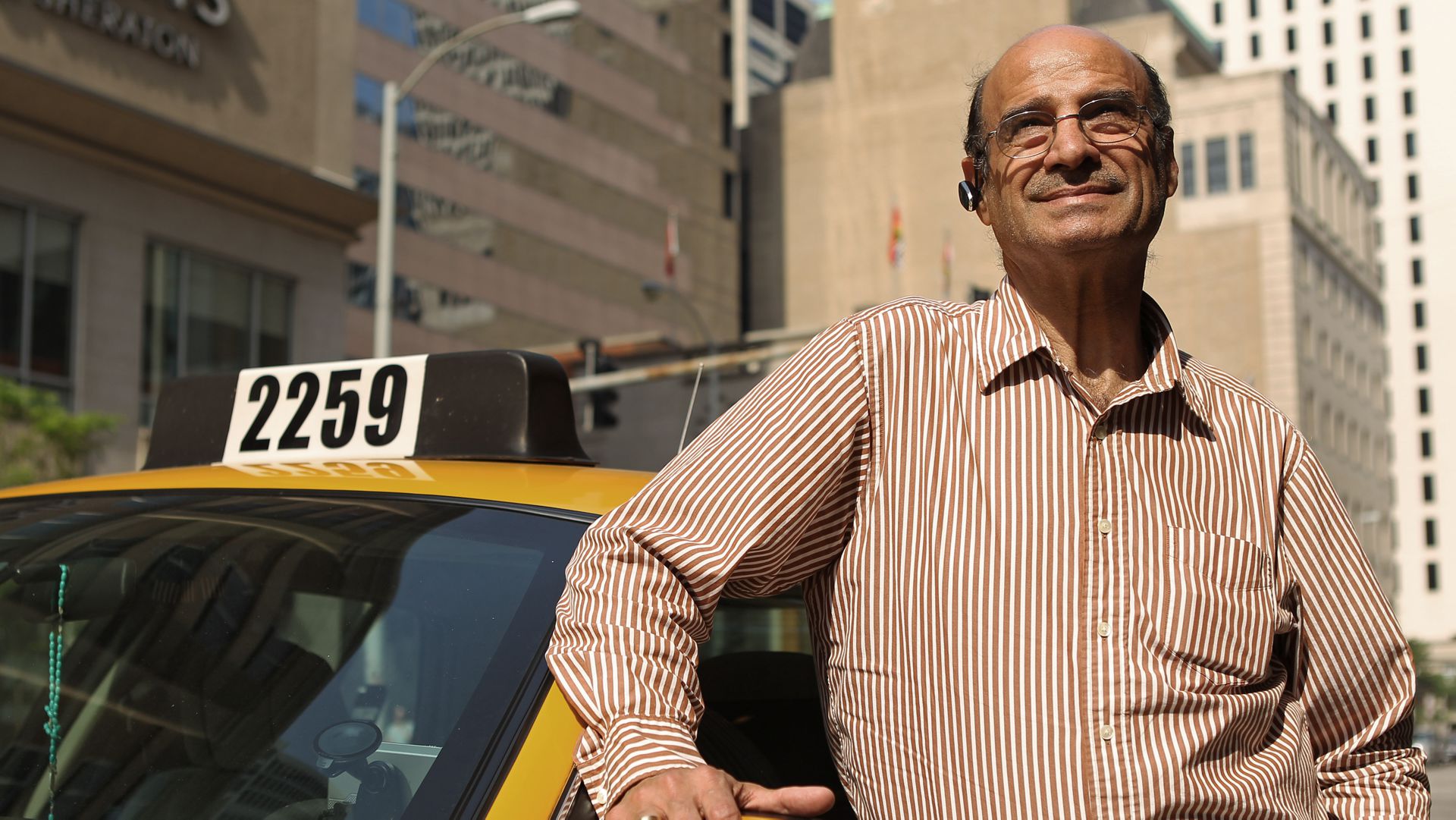 Estaifan Shilaita is not a name you’ll know. A taxi driver in Chicago, he is not rich, famous, outwardly successful, and you may not even be able to guess where he is from. However as you’ll discover within a few minutes of this film opening, he is an infectiously likeable character – and becomes all the more engaging as you hear his journey from Iraqi boxing champion, through a convoluted path on his way to his current life in the US.

On the face of it, The Champion has quite a pat ‘family are the real riches in life’ message, but it has a lot of aspects which make this work and produce a warming film that makes that conclusion a genuine one. The most obvious attraction is the choice of subject. It was 2009 when directors Patrick McGowan and Brett Garamella first heard his story and took the leap to travel to Chicago to film with him. Their focus is his story, but this is richly intertwined with the family he has around him as a result of travelling to the US to be with the woman who would later be his wife.

While shooting the film over the course of several years, McGowan and Garamella say they started to feel like part of the Shilaita family, and this does come through in the film. The mutual love and appreciation between all the family members is tangible, creating a warmth which stops the message of the film feeling contrived – but rather something genuine and heartfelt. It is also well-paced, which is not an easy thing to pull off in a film telling the story of someone’s life. As with so many profile shorts, the film did struggle to be more than just talking heads and produce something that would deliver visually, with the directors saying they “hit a wall feeling the pressure of telling a man’s life story”, and “struggled with (the) archival and visual elements” of the film, with limited photographs from Estaifan’s past, and no footage of him fighting.

After some time on the dreaded back-burner, the filmmakers launched a Kickstarter to raise money to film boxing reenactments – and these stylish segments help generate energy and a visual element (helped in no small part by the narration from Estaifan’s excited nephew). With this element in place, the film clicks nicely – delivering a visually interesting piece with energy but, more importantly, a genuine and emotional core. Much like the directors, we feel part of the family and understand just why Estaifan has the infectious joy that he does.