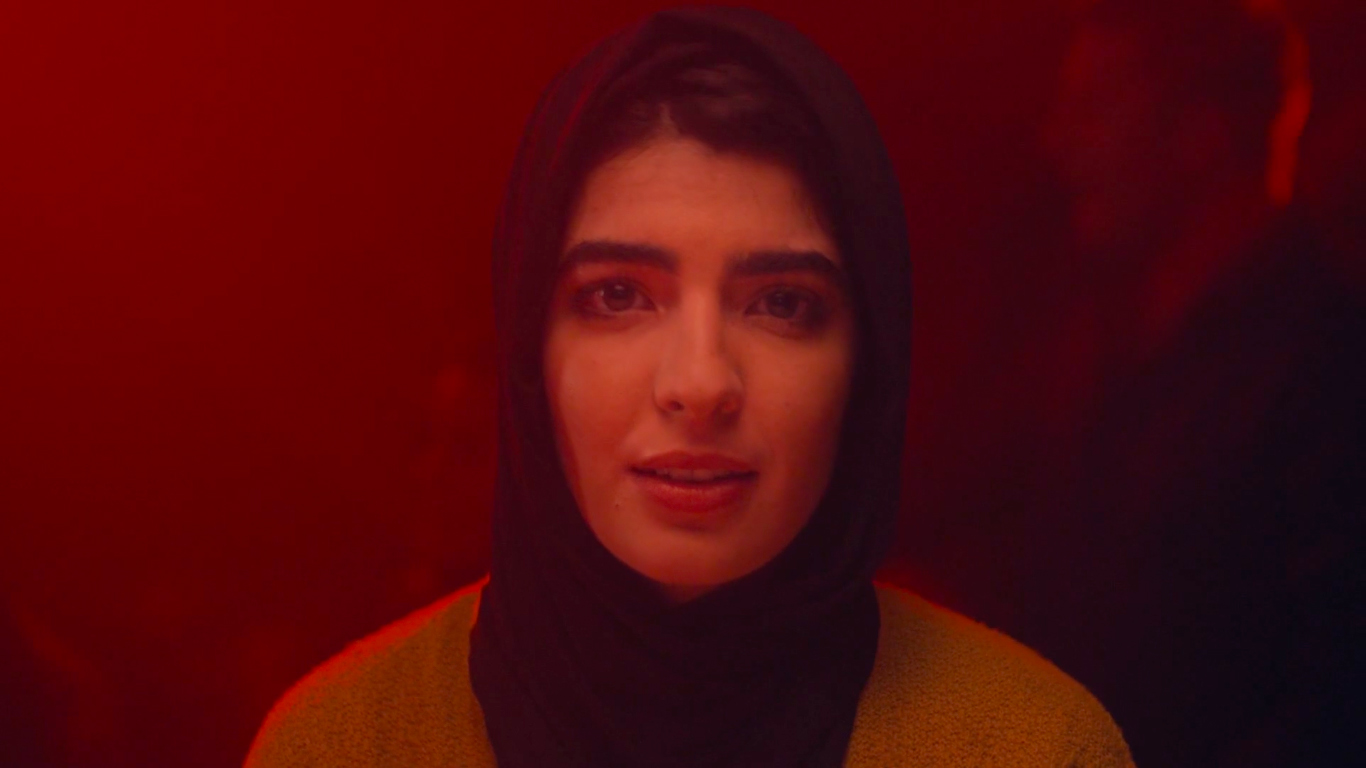 Director Minhal Baig invites viewers to join her on a voyage of self-discovery in her semi-autobiographical tale of a young Muslim who faces the tensions between her faith and her personal life. Striking in both style and story, Hala impresses with its strong performances, subtle storytelling and restrained cinematography, all of which combine into a 14-minute short that is set to leave a lasting impression on all that view it.

Torn between the cultural and religious expectations of her family and the life as a Muslim American teenager, Hala tries to carve out her own path while struggling with what she wants and what she is supposed to do. Her sexual awakening and the threshold of adolescence put her strict upbringing to a test. This dichotomy is neatly presented in a scene where she carefully adjusts her hijab and then gets on a skateboard to ride along with the boys at the nearby park. When one of them reciprocates Hala’s interest, she has to confront her inner turmoil. Is every step towards the boy’s affections and her own desires a step away from her traditions?

The film’s subject matter and the individual viewpoint from which the story is told, feel deeply personal – which isn’t a surprise, considering the autobiographical nature of the inspiration for Hala. “My family felt an obligation to uphold a cultural and religious legacy, fearing it would otherwise disappear”, screenwriter and director Minhal Baig expalins. “As I reached adolescence, there was a growing rift between my parents and myself. I began to question the faith and the social conservatism with which I had been raised. These questions led me down a path of self-discovery, which included sexual exploration and eventually, self-love. My experiences—clashing with my parents, keeping a secret boyfriend and even eventually leaving home to go away to college, despite their wishes—all inform Hala“.

We pride ourselves in highlighting innovation in storytelling, but Hala is evidence that this concept can be expressed in multiple ways. It doesn’t necessarily have to be VR, transmedia, or whatever is the newest flavor in format—the narrative itself can be the filmmaking element that truly stands out and feels original, an innovation in subject rather than form.  In the case of Minhal Baig’s film, sometimes all it takes is a subdued, intimate drama with an honest take on a specific and rarely covered topic, or the representation of characters we normally don’t get to see. In some cases it’s one outstanding scene that turns your (short) film into something special. Hala unites all of the above and eventually becomes more than the sum of its parts.

Without trying to diminish the rest of the film, one scene in particular stood out for me personally. It’s because of how the filmmaker chose to capture the climax of the movie (yes, pun intended) to show us the transition from Hala’s awareness of her cultural obligations and conscientiousness, to her liberation by giving in to her desires. [SPOILER ALERT] The scene in which Hala finally gets together with the boy she developed a crush on, is as tender as it is significant in the girl’s self-determination. The fact that it is the boy who goes down on her only adds to the illustration of the growing empowerment of this young woman. Cinematic representations of cunnilingus are still a rarity, much less as a depiction of the sexual flourishing of a teenage girl.

Baig’s confident voice as a filmmaker is evident in Hala’s execution, and her future projects sound as exciting as one could hope after seeing her current production. Besides working on a feature-length version of Hala, she’s also writing a comic book, developing a VR short film and a sci-fi feature to write and direct.