Pecos Tatum: Born to Be a Cowboy

Follow 10-year-old Pecos Tatum as he becomes a professional Texas cowboy in this short documentary about what it takes to compete at the rodeo.
READ REVIEW
Next Previous

Pecos Tatum: Born to Be a Cowboy 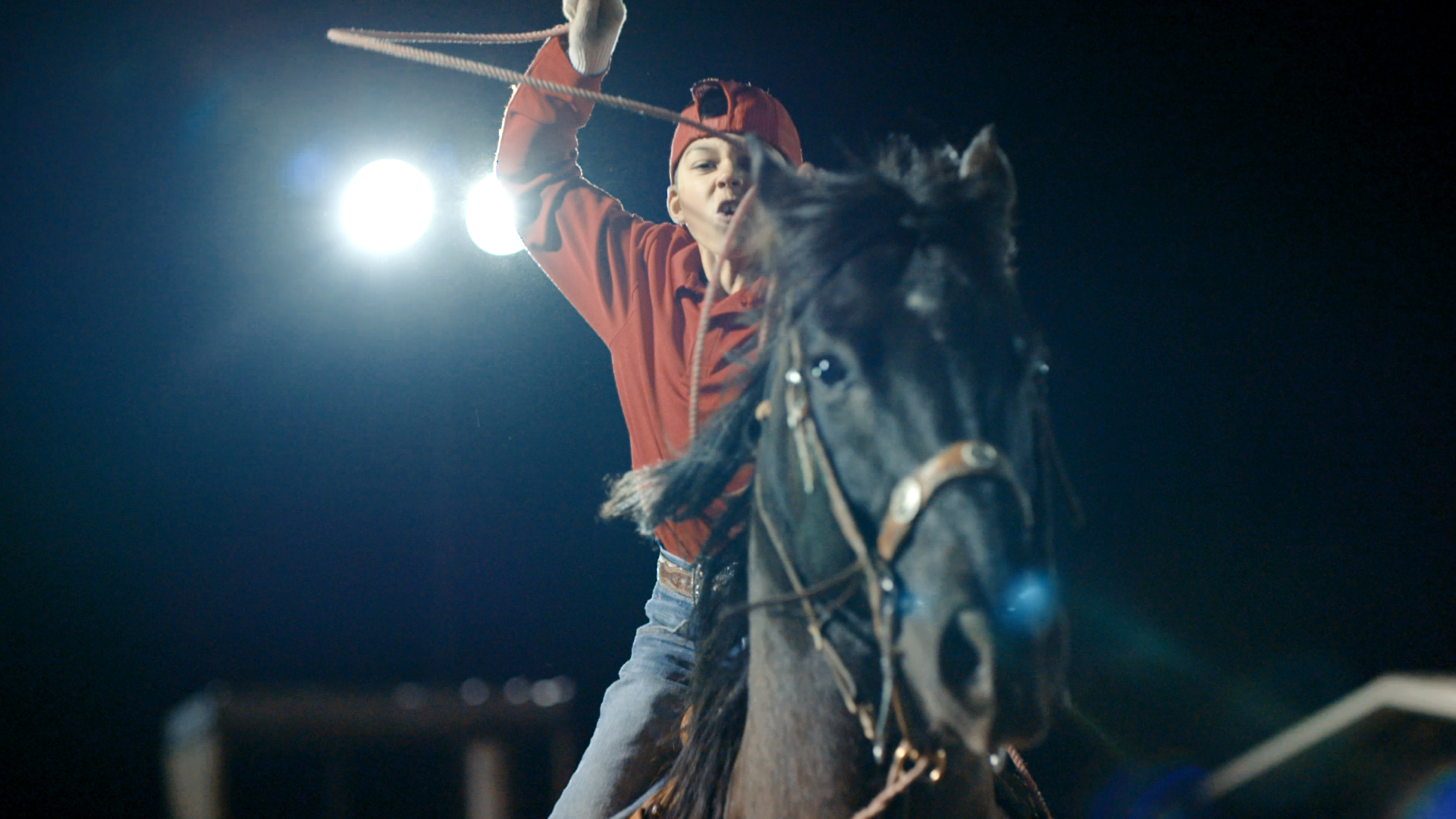 Pecos Tatum: Born to be a Cowboy is a striking documentary about a 10-year-old boy who wants nothing more than to become a professional cowboy in an era dominated by more popular sports. As Pecos struggles to balance his childhood with the pressures of pursuing a life in the rodeo, we’re offered a rare glimpse into one of America’s oldest traditions. While rodeo may not be a mainstream sport, it’s unquestionably an American one. And, in Pecos’s journey, we see that familiar path of a a determined youngster reaching for greatness, complete with self-sacrifice and an unconventional desire to “be the best.”  If Hoop Dreams were about roping cattle instead of dunking basketballs, this would be the resulting film.

Director Andrew Lampard and his team of filmmakers at Great Big Story, CNN’s new short documentary platform, created a film that captures the magic and romanticism of old western culture as it follows Pecos and his family.  Lampard explains his motivations: “Ultimately, I wanted to transport people into Pecos’s and his family’s rodeo world, to show why this sport has a culture that hooks spectators and is symbolic of a legacy that is rooted in thousands of family histories. I also wanted to convey that Rodeo, for all of its gladiatorial mystique, and despite its dangers (to both humans and animals), is American to its core. Likewise, Pecos’s single-minded pursuit of his champion cowboy dreams is no different than the passions and sacrifices of prodigy basketball or football players.”

Between old family videos of Pecos tying down a goat for the first time and slow-motion footage of Pecos and other cowboys in the ring, there’s an ever-present sense of danger. Lampard and fellow shooter, Mike Millette, capture that peril with reverence. Will Pecos get hurt as he rides the calf? Will the calf or goats get injured? Poignantly, the Tatum family says a prayer for both Pecos and the animals. Lampard captures a rare bond and respect that cowboys have with their animals—both the tame and the wild. That very essence adds to the subject’s allure.

The film also opens up a dialogue about the sacrifices of young athletes. At times, you forget that Pecos is so young. His parents directly state that Pecos’s drive towards greatness is purely his own. But, as viewers, we’re forced to wonder: how much of his efforts are driven by legacy and his environment? After all, his parents did name him Pecos. When does tenacity go from admirable to self-destructive? When does a kid lose the mystical and carefree wonder of being a kid? Like many young professional athletes, Pecos appears to be teetering on the verge of adulthood. Yet, there’s a certain romanticism to his journey as well, underlined by old fashioned ideals of bravery that are deep-seeded in a cowboy’s path.

“What does it take to be excellent? And is that cost worth it?”

As Lampard relates, “I saw in Pecos a drive that is mirrored in so many kids with gargantuan sports dreams; What does it take to be excellent? And is that cost worth it?”

Thus, Pecos Tatum: Born to be a Cowboy takes the inner-workings of a niche sport and makes it a completely universal viewing experience—this idea of a youngster who will, for better or worse, do anything to realize his lofty amibtions.

You can catch more short documentaries on Great Big Story’s site from a number of different filmmakers.